By Abbianca Makoni May 23, 2022 in Articles, Break into Tech, Career Growth, Community, Engineers, Interviews, Leadership, Main, Startups, WOC Comments Off on Interview: What It’s Like Working At A Leading Observability Software Company – As A Black DevOps Engineer

Interview: What It’s Like Working At A Leading Observability Software Company – As A Black DevOps Engineer 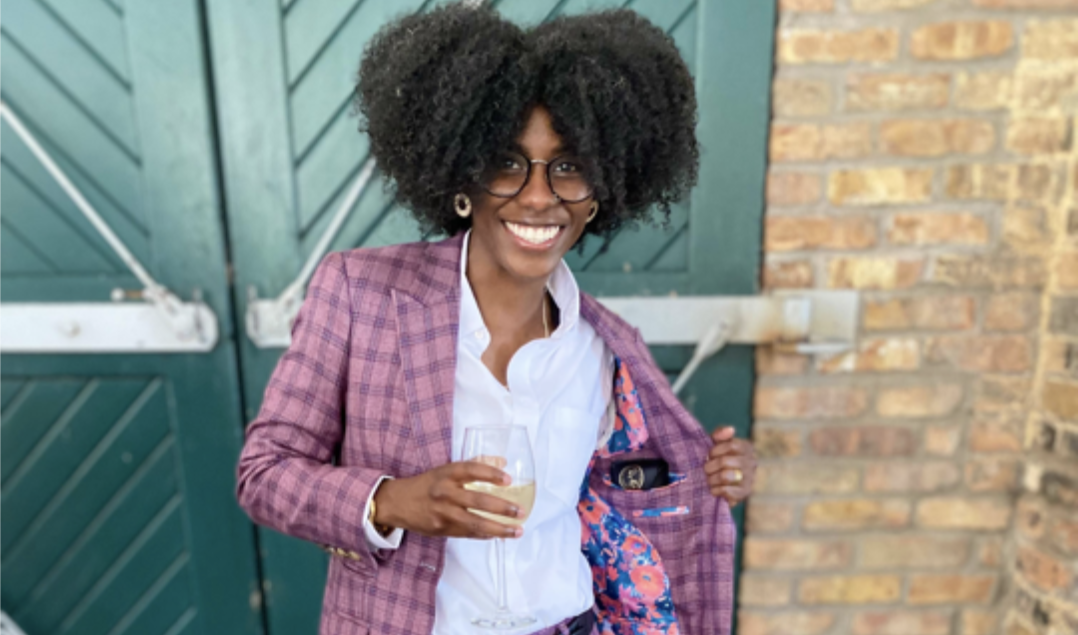 Alayshia Knighten is a seasoned DevOps Engineer with a love of infrastructure and a focus on breaking down technical learning barriers for customers.

She recently spoke to POCIT about navigating life in the tech sector as a woman of color and her role at Honeycomb, an observability tool that lets developers quickly make sense of the billions of rows of data needed to fully represent the user experience in your complex and unpredictable systems.

Since joining Honeycomb as a Senior Implementation Engineer in October 2020, she has worked her way to Onboarding Engineering Manager in Honeycomb’s Customer Success department, where she specializes in enhancing technical and team-related experiences while educating customers on their journey with and beyond observability.

Alayshia, a Louisiana native who currently resides in the Washington, D.C. area, is passionate about giving back to others who have also faced challenges in the tech industry. Common issues include imposter syndrome in meetings, feeling the impact of lacking representation, and not having your voice heard as a minority in a sea of more prominent voices.

As a manager at Honeycomb, she says the company has mastered the art of not micromanaging or making staff feel small. They are also intentionally unique in their approach to managing, as seen in their many blogs on the subject.

Co-founded in 2015 by CEO Christine Yen and CTO Charity Majors, Honeycomb has gone from scrappy startup to pioneering observability in Silicon Valley and beyond. The company is no stranger to paving the way when it comes to trends in tech with the recent announcement that it had added an employee board member naming Staff Engineer Paul Osman as its first elected seat holder.

Here we spoke with Alayshia, who has spent almost two years with the company.

Kindly introduce yourself and what you do at Honeycomb?

I’m a shit-talker, energetic and direct.

At Honeycomb, I’m an onboarding engineer manager. This means we have a department – Customer Success – dedicated to helping customers get where they’re going from 0 to 100 and anywhere in between. My team is a little bit different in that sense. Traditionally, those people are called ProServ Engineers, but we focus on getting the customer the results that they need by providing foundational support and concepts.

My job is to step back and say, “no, no, no, we’re going to teach you how to do this.”Conceptually, you can think about it, you can tell all your friends, and organically, you can grow and champion your own story.

Did you always know you’d get into tech and then eventually become a manager?

Hell no. If we go back to graduating from high school and then going off to college, the reality for me was my parents didn’t go to college, but my other relatives did. For them, if you had a trade skill, then you go do that skill. I didn’t have any skills, and the skills that I had, I did not want to use.

So the plan was to go to college and try to get a good job.

My parents couldn’t really tell me what to do and neither could my other relatives because they either hadn’t gone to college or they went a really long time ago. I decided to take a major that I was great at in high school – so I went with physics and biology.

It was only when a previous teacher that I took a class with long ago bumped into me and proposed that we have lunch. During lunch, she encouraged me to take on a summer internship in Systems Engineering.

What’s your experience of being a person of color in tech?

I live in D.C., but I’m from Southern Louisiana, where there’s still a very glaring divide, where you can still be called out of your name. I’ve been in situations where because I’m black – they just assume that I’m on government assistance, or there’s a glaring assumption that I have no level of success.

When I first entered tech, for the most part, it’s always been men that I’ve been around and it’s [tech] been the majority male.

I found myself having to prove myself all the time because I didn’t have, at that time, a computer science-related degree. It didn’t mean I couldn’t do the work, but that was a way for people to dig at me. And then, when I proved that I could do the work – my voice wasn’t being heard.

I would say it felt like being somewhere cold, and you’re screaming really loud, but no one can hear you because they think you’re in a crazy house. Even though you’re screaming the solutions, no one’s listening, and then all of a sudden, you hear a response, and you think it’s your voice that they’re responding to, but it’s someone else’s voice that said that thing you said.

So when I came to Honeycomb, I had already found my voice, and so I told them, “I’m sorry, you won’t be able to shut me up if you hire me.” Honeycomb values adults, which means that I can do my work, and I get to be held accountable for my actions. No one’s poking me; no one’s micromanaging me. If I have an opinion about something, it’s okay, even more so if someone else has an opinion about it. It’s okay; let’s talk it out. Let’s figure out what the differences are. Let’s figure out how we can come together.

I’m empowered to be an adult.  I very much appreciate this about Honeycomb. My managers, leadership, and colleagues support this too, which is important to me too.

What are your tips for POC getting into the tech industry?

So, I would say, first and foremost, don’t apologize for being yourself. Sure there’s certain things about me, like I have curly hair, I have three nose piercings, I have tattoos, and at this point in my life, those things are what make me who I am.

Another piece of advice is even if you feel like you don’t meet all the criteria for a certain job – still apply. Some companies actually do hire for potential as well as experience!

I guess to sum it up, as a person of color, when looking for a new job or identifying what to do next in your career, I would say do your research not only on the role itself but define your own characteristics for yourself in that role. Make sure to also find people already in that role who would be happy to transfer knowledge to you. It’s those personal experiences that are important.