By Abbianca Makoni July 16, 2022 in Break into Tech, Business, Career Growth, Community, Main, Society Comments Off on Does Y Combinator Even Invest In Black Owned Companies?

Does Y Combinator Even Invest In Black Owned Companies? 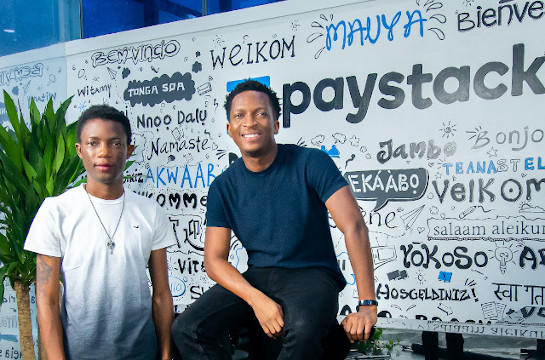 Does Y Combinator invest in Black-owned companies? A question asked back in 2011 by online user prime0196. A time when diversity in tech was awful. It was also the year CNN published a long piece on how Silicon Valley was fighting to keep its diversity data secret.

CNNMoney had filed a Freedom of Information request in August seeking EEO-1 data from 20 companies: The tech industry’s 10 biggest firms by annual sales and 10 smaller but influential firms, including Facebook and Twitter.

The EEOC denied the request in full, saying it was legally prohibited from releasing that information.

The broadcaster later filed the same request with the Department of Labor, and we’re not sure if they ever got a response.

In an online forum about the startup world – the unknown user went on to say: “I ask this question out of sheer curiosity. Some people may ask, “Why does it matter?”

“Well, it’s a well-known fact that there are a disproportionate amount of blacks in technology and it gets even worse when it comes to programming. I can imagine the numbers get even more grim when it comes to black programmers in startups.

“I live in Metro Atlanta and have attended programming meetups, Big Nerd Ranch, attended meetings for companies wanting to join the ATDC (an incubator of sorts) and I’m often the ONLY black guy in the room.

“Even with PYCON in town, there still aren’t a whole lot of people that look like ME. I applied to YC in 2007, WAAAAY before I was ready and was just wondering if anyone that looks like ME has EVER made it..”

The comment was followed by a thread of answers from other minorities who were curious as to whether YC had ever invested – but most importantly believed in Black-owned companies.

One guy said: “I know how you feel. I was one of 2 black students in my graduating CS class at CMU. It has never been a source of pressure/anxiety for me, but I do understand how it may affect other black students to feel like you are on your own.”

Since his question more than a decade ago, there’s been some progress.

Companies are putting diversity at the forefront of their agendas. While it’s not always clear whether or not it’s genuine – some have even gone as far as having specific funds for Black founders in an effort to make a robust change on the low number of investors investing in the community.

Today – the question is relatively easy to answer.

The YC company has made it easy by providing a dedicated page on its website titled: “Black founded YC backed companies.”

We’re not sure what inspired the start of the page – perhaps it was the question above – but when you sign onto the page – it says, “Below are YC companies that have opted into appearing on this list.”

Aella is a diversified credit payments platform with over 2 million users, offering a raft of financial services to underbanked users across Africa with a focus on lending.

We are at the forefront of financial inclusion and empowerment of the underbanked. Aella’s Debt-as-a-service model ensures that agents across Africa are able to have quick and easy access to funding through its partnerships with leading agency banks across the continent.

Agapé is a relationship wellness app for couples that nurtures physical and emotional intimacy. Couples start their day with a daily question designed to spark meaningful conversation.

We are starting with the 14M American couples in long-distance relationships. We charge $15 per month per couple, so that represents a $2.5B market opportunity.

But our eventual goal is to serve all couples, creating new ways to say “I love you” that will make & keep billions happy.

Afriex makes it easy for immigrants to send money home. We use stablecoins to offer the fastest and cheapest remittance service to over 30 countries around the world.

Bamboo is the first online brokerage service that gives wealthy Africans and their wealth managers direct access to US and global securities. It says it’s building Fidelity for the African continent.

For wealthy Africans and their asset managers, investing in the global capital markets is cumbersome, expensive, and practically inaccessible.

In Nigeria, Africa’s largest economy and home to 30% of all the wealth in Sub-Saharan Africa (excluding South Africa), 99.99% of the investing population does not have access to invest globally.

Even for the 0.01%, if you wanted to buy a US stock, you’d have to call your asset manager, who would then call an international broker to execute a trade.

“This is inefficient & expensive! We have a mobile app that allows individuals to trade the US stock markets by themselves and a brokerage tool for asset managers to execute trades directly & manage multiple portfolios,” say the founders.