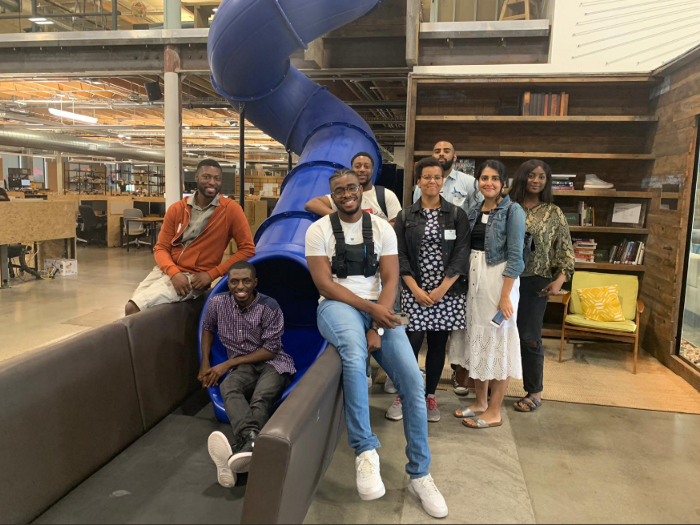 “Should I have a career in tech?”

Up until about a year and a half ago, this thought had never crossed my mind. This all changed when I became the marketing manager of 23 Code Street, a women’s coding school. I read and learned a lot about tech, completed our web development course and became fascinated by the industry.

When I heard about YSYS’s and Color in Tech’s Immersion program- I applied straight away and fortunately got awarded one of their scholarships! I spent one week in Los Angeles in what has become known as Silicon Beach visiting some incredible companies including Toms, Backstage Capital, Headspace and Snapchat with a group of passionate and smart young people.

I learned tons, had my confidence boosted and left feeling inspired and positive about the future. Here are my key takeaways from the trips:

1. Focus on the positive

I’m British Indian- which is pretty great but both cultures can sometimes be quite pessimistic and encourage the idea that talking about yourself confidently will make you appear like an arrogant show-off (British) or that if you showcase your success too much — a burst of bad luck will follow (Indian). However, in American culture, it’s the complete opposite — you can’t be confident enough and your dreams can always be bigger.

On the first day of the trip, we had to introduce ourselves and share three goals we all wanted to achieve. I presented my first goal of wanting to find out more about working in product marketing/management followed by several reasons why I thought I wouldn’t be suitable for these type of roles in the future – I instantly focused on the negatives.

Millie Zah, Head of Programmes for Color in tech, instead asked me to pick three reasons why I would reach my goal. I learned how to reframe my introduction to be more positive and rather than talk about the barriers I think are holding me back, focus on my strong experience and skill set which is driving me forward.

2. Believe in yourself and own your story

My favorite part of the trip was visiting Headspace — I’ve been using the meditation app for the past 3 years and it’s helped improve my mental health so much. I majorly fangirled when I visited their office and got to chat with their co-founder Richard for half an hour — which was amazing!

The session was led by the extremely talented Lauryn, who is Head of Social Impact. Lauryn shared her own personal story from starting off in the not- for profit sector than moving into tech, and about the highs and lows of building a career in social impact. I felt emotional and inspired hearing Lauryn talk as her personal career story really resonated me.

Since graduating, I’ve built a career in social impact starting in the charity sector followed by mission-driven tech startups. Most people I know personally work for big corporates or completed some fancy graduate scheme — two things I’ve never wanted to do. I hadn’t really seen anyone with a career like mine and when others hear about what I do — I get the patronizing “aww isn’t that nice” and I’ve often had my achievements undermined just because I work for a company doing good.

Because of these experiences, I’ve always doubted my career path, compared myself to others and thought many, many times that I should get some corporate job — when I know I really didn’t want to. After listening to Lauryn I’ve decided to finally ditch these doubts, believe in my personal path and own my career story.

3. Be your authentic self.

Every session taught me how important it was to be yourself at work and work for a company which allows you to do this- and that you shouldn’t settle for anything less. Being a WoC, I’ve found it difficult to feel included at work or felt like I’ve needed to code-switch or adapt just to fit in. For a while, I thought this was the norm and never really questioned it or thought I could do something about it.

Thankfully I now work in a friendly, inclusive and diverse workspace- which I’m very grateful for and lucky to have found. However, the trip taught me I shouldn’t see this as ‘lucky’ and having an inclusive work environment should be my standard and not some lucky blip.

I now feel confident enough to be able to ask future employers about diversity policies, bring up inclusivity issues without feeling like I’m being “too much” or share when I have felt excluded.

I should always have the right to be included.

4. Failing is ok and perfectly normal

I’ve always been a perfectionist at work- I hate making mistakes even really small ones. And when I do make mistakes, I feel like a failure which normally leads to my imposter -syndrome kicking in. Throughout the trip, lots of speakers including Richard the co-founder of Headspace shared their fails and how without them they wouldn’t have learned anything new. Hearing some pretty important people share their failures made me realize that it’s ok to fail and actually very normal.

From school to university we’ve been told that failure is bad — we can’t fail exams or degrees, and if we do, we can’t move on to the next step. But this isn’t true when you start working; through failing we learn from our mistakes and understand what we need to do to improve. When I next make a mistake, rather than be hard on myself — I’m going to stop and reflect on what I’ve learned and what I can improve on next time. This accepting mindset will help me thrive and stop seeing failure as a barrier to my progression, but a normal part of it.

Lessons From a Black Intern in Silicon Valley! 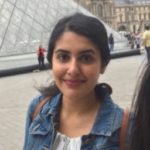