By Kumba Kpakima January 11, 2023 in Articles, Diversity & Inclusion, Engineers, Main, WOC Comments Off on Meet The Black Engineer That Is Committed To Wearing Braids In The Lab 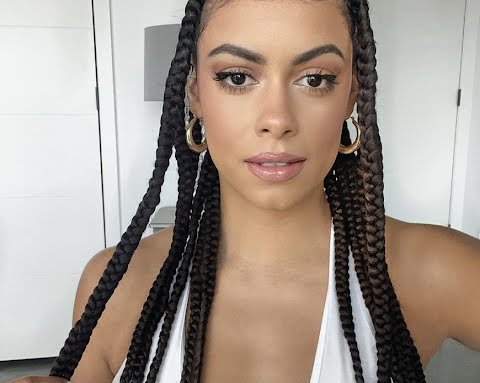 Who said braids weren’t professional? Fionnghuala “Fig” O’Reilly is committed to redefining what is deemed “acceptable” in the workplace.

The pioneering engineer sparked the attention of hundreds of Twitter users after a photo of herself rocking feed-in braids in the lab went viral.

After becoming the first Black woman to represent Ireland in the Miss Universe competition and becoming the only Black woman in her class to graduate with a systems engineering, O’Reilly is used to beating the odds.

The engineer, who has spent her whole life navigating her dual American-Irish background, is actively working to encourage more Black women to pursue a career in STEM. In 2022, O’Reilly launched Space to Reach, an organization dedicated to advancing Black to Brown women in STEM.

“Representation is so impactful for the next generation, and I intentionally do make the effort to show up [as] myself in these spaces where we’re not often seen at all.”

By being unapologetically herself in a white-dominated space, O’Reilly shows women who look like her that anything is possible.

“As a Black woman on a national science show, I intentionally wear braids and my curly Afro to normalize Black hair in stem.”