By Josefina Mancilla November 15, 2022 in Articles, Break into Tech, Latinx, Main Comments Off on First-Generation-Everything: My Journey Of Becoming A Latina In Tech

First-Generation-Everything: My Journey Of Becoming A Latina In Tech 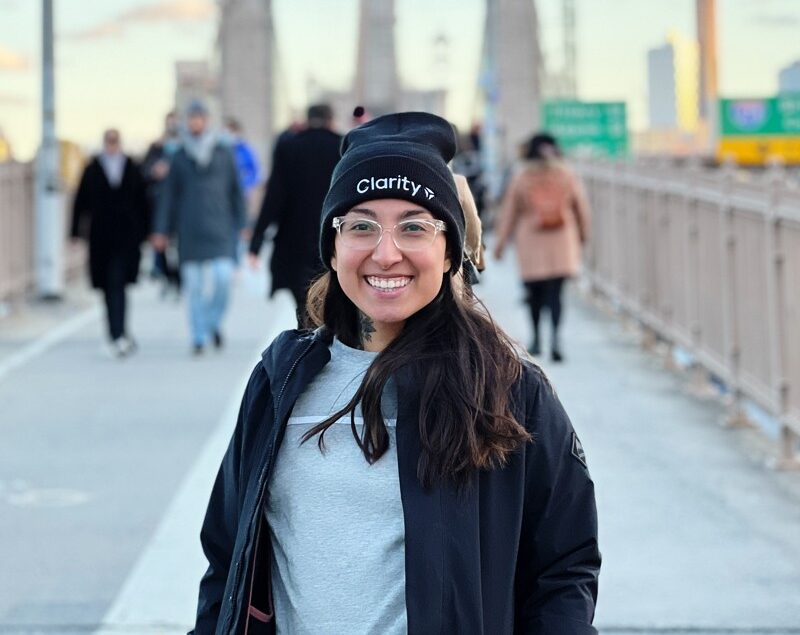 Growing up, the only people I knew (knew knew) were immigrants, Latin American immigrants. People who barely spoke English, worked long hours doing tiring work — cleaning ladies, construction workers, nannies, janitors, mechanics, truckers, field workers, etc. The kind of people who got paid by the hour, sometimes minimum wage, sometimes no health benefits or paid sick leave or PTO. Good people who worked hard but got back very little. I never knew a person who worked in a corporate setting. I never imagined myself there. How could I? I had never seen it.

My mom, an immigrant from Mexico, moved to the states when she was in high school. My grandparents were still in Mexico at the time. She was 16, living with just my then-18-year-old uncle and their youngest brother. She didn’t speak English, she had no one to advocate for her, but somehow, managed to graduate high school. No one told her she could go to college.

When I was a kid she used to have all sorts of odd jobs. She did a stint as a newspaper delivery lady working night shifts. I thought she had the coolest job ever. My mom gets to deliver the news! This was before iPhones, Twitter and fast af internet. She also worked cleaning houses for some time. The only family whose house I remember was “the Clinton’s.” They were a nice white couple who would let my mom bring us over when she cleaned, and the lady would give us M&Ms. I was really young at the time and knew nothing about the world but somehow I knew the names Bill and Hillary Clinton and thought they were related to our Clinton’s. I felt special.

How many people can move to a new country without any money, any family, without even speaking the language, and somehow end up owning a house, a car, and providing for your family?

Eventually, when I was in 2nd grade, my mom began working at an elementary school as an educational assistant. She still had no college degree and got paid by the hour, even less than a teacher, but it was the nicest job she had while I was a kid. She got vacation days and health insurance and worked in a nice air conditioned classroom!

My dad, an immigrant from Guatemala, never finished high school. He came to the US and worked in the fields for several months. Apples. Strawberries. He picked them without even knowing their English name. Eventually, he would become a school bus driver. There was a period of my life when I struggled with this. You know, that period of life when material things seem most important to teenagers, when kissing their parents is no longer cool and they’re mad at everyone. I hate to admit it, but I used to feel a little bit of shame telling people my dad was a bus driver when my high school friends’ parents were driving Lexuses and had fancy jobs.

Eventually I learned to not let society define my idea of success. I couldn’t be more proud of my dad. How many people can move to a new country without any money, any family, without even speaking the language, and somehow end up owning a house, a car, and providing for your family? He worked hard to give us a better life than the one he had. If that’s not success, I don’t know what is.

Both of my parents were undocumented immigrants, though, they eventually got their residency and then citizenship. I could write you a whole novel about what it’s like being a first generation American: having two cultures, not feeling like you belong in one or the other, growing up sooner than you should, experiencing racism, wanting more for your parents than what the world gives them. Maybe one day I’ll write that book, but not today. Just know that my parents had a dream to give us a better life, and all their struggles and sacrifices taught me resiliency and hard work. Those lessons have taken me a long way in life.

Forging my own path

I knew early on that my parents would never be able to pay for my college education, so when I was in high school I worked my butt off to get good grades because I knew it would help me get scholarships. When I would tell people I planned on graduating at the top of my class, everyone would tell me I was “ambitious,” that was code for “never gonna happen”. Well, guess what? It did.

I was a first generation college student. It was fucking scary. I decided to live on campus my first year because I thought it would be the best thing for me — to learn how to college, I told myself. I walked around campus not knowing what the heck I was doing, what classes would be like, how to talk to my professors, what options I had, what resources I had. I knew nothing. My parents managed to help me in any way they could, despite having never been to college themselves. I have them to thank and College Forward, an organization that helps underrepresented students prepare for college.

As I went along, I told myself I was figuring it all out for my younger siblings, cousins, my future children. I had to be the first, and it was hard and scary, but I wouldn’t be the last, and each time it would get better and better for the next. It was like discovering a new world, scary but full of promise. I was writing the map as I went along.

Right around my sophomore year of college, my mom got accepted into an accelerated college program. It would help her earn her teaching degree and certification, all while continuing to work full time. We graduated college the same year. It felt like the biggest honor. I get to graduate with my mom.

Fast forward a few years, after finishing a coding bootcamp and a 3 month internship, I found myself accepting a full time offer as a front end developer at IBM.

When I started out in this field, the first one in my family to work in a corporate setting, I felt like I was walking on eggshells, waiting for the other shoe to drop. It just didn’t feel like I could ever be the kind of person to have a life like this. I mean, my impostor syndrome had impostor syndrome. It was too good to be true. I don’t belong here.

Who was I to be making more money than my parents ever made my whole life? All of it felt awkward and wrong — being able to take a sick day without any hassle or losing pay, being able to schedule any appointments without worrying if work will let me take off, being able to go on vacation without having to request it, being able to work from home, being able to afford therapy.

It all felt like too much freedom, and I felt guilty that I had it and my parents didn’t. At the same time, I felt immensely proud, not of myself, but of my parents. I was the outcome of all their hard work and sacrifices. I was finally living the dream every immigrant parent has for their child, but it never would have been possible without my parents.

I want little brown boys and girls to know they can have this, that they’re not alone. I want more people like my parents to see their children in places society never gave them an opportunity to be a part of.

I had so much unlearning to do — unlearning the fear, the guilt, the unworthiness. But also so much learning to do. What was the corporate world like? What could my career look like? I had no idea. I knew no other Latinos like myself in that position (now I know several). Sometimes I envied my friends whose parents knew what the business world was like, whose parents could give them advice and have the map written out for them already. It was easy to feel alone and uncertain, constantly second guessing myself. It wasn’t until I was interviewing a candidate for a role one day that I realized, holy shit! I know a lot. I’m not an impostor!

After a little over four years at my job, there’s still so much I don’t know, but I’ve grown to be confident in myself and have made so many friends along the way who have taught me so much. One of my biggest dreams is to build a platform that helps people like my younger self, first-generation-everything’s, get to where I am. I want little brown boys and girls to know they can have this, that they’re not alone. I want more people like my parents to see their children in places society never gave them an opportunity to be a part of.

In a different life, with the same opportunities and resources I had, my dad would probably be a software engineer like me. He’s inquisitive, pragmatic, loves problem solving and learning and he’s really good with technology (he built all our PC’s growing up). But I’m grateful for who he is and what he’s taught me in this life.

Even though my parents might not be able to give me career advice or teach me how to navigate the corporate world, they’ve taught me everything else — how to be an honest person, a hard worker who goes above and beyond, a person who faces challenges head on, who doesn’t give up, who loves to learn and give back to the community. I wouldn’t be where I am without them. 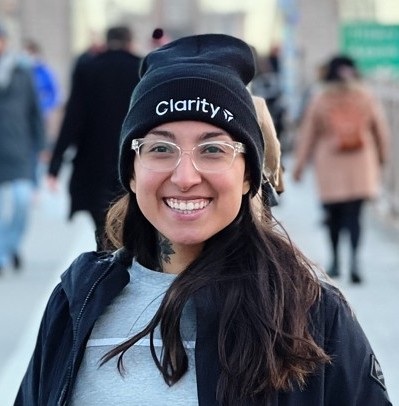