Are ‘We’ Allowed To Fail? 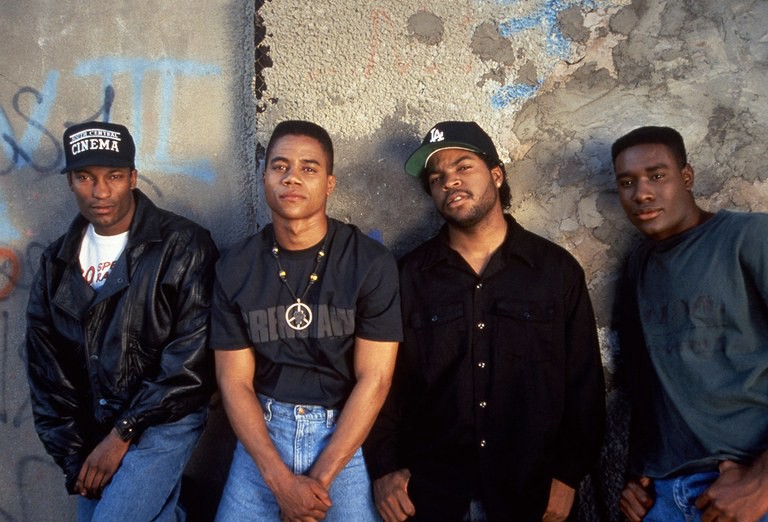 That moment the red saloon cruised towards the alleyway, as the window slowly came down to reveal a shotgun-wielding menace to society (who upon writing this I’ve come to learn wasn’t, in fact, Chris Tucker), his eyes gazing with the worst of all intentions towards our lovable Ricky, is etched into movie Folklore. Poor Ricky.

Singleton’s acclaimed masterpiece introduced mainstream cinema and the wider world to the life and times in South Central LA, where life for those living in it was akin to living in a warzone; where gunshots, violence, and death was just part of the daily grind, a world away from the affluent steel and sand of the LA it’s known for. A world largely misunderstood by that outside of it, Singleton told an unflinching story about the path chosen by those within the world, without any sense of cynicism or being “morally preachy”.

The movie tells the story of Tre Styles (Cuba Gooding Jnr) and his journey through this world along with his two friends; Doughboy (Ice Cube) and his good-natured, clean-cut and promising half-brother, Ricky (Morris Chestnut). Ricky was the one with the brains and expected to head off to college on a sports scholarship. He would be the first of them to make it…..if he got there, that is.

Alas, it was not to be. In the most tragic scene of the movie (spoiler warning for those who haven’t watched a nearly 30-year old movie), lovable Ricky is gunned down by rival gang members of his brother, Doughboy.

In my last Medium article, I spoke about 3 things I’d learned from my first hardware venture. What I didn’t realize is that I had inadvertently done something I was reluctant to do for a while; reveal to my network of family and friends and that I had in effect “failed” with my first venture.

Of course in the tech world, we all know the numbers; the probabilities of success, the challenges, the statistics, and the truth is that we learn from our mistakes, and over in the Valley, they wear their failures like a badge of honor. Which is great…

But it FEELS more difficult if you’re a lower-class minority. When you decide to enter the world of tech and start your own, in our world you’re a Ricky. Your world, your people, your friends, your community, your class, your geography, heck your whole race supports you. It’s a thrill to have the support of people who you feel you represent, champion you to be a Ricky.

With the increase in support for diversity in tech, there’s a sense that those reluctant for such change are being forced [by the changing tide] to give underrepresented people a chance. But what do you do when you feel like you carry the hopes of many and fail? I’ve previously spoken about the mental effects of the startup journey, and in the end, I learned that all ideas of external expectations are all within the mind. Your friends, your family, those you love will always love you.

But there is a sense that as a minority, you don’t get a lot of shots at this. You usually get the ‘one’, and there is a certain fear in that. After all the hype and support, your failure feels like you’ve let the team down; whether that be your class, your gender, your race, your geolocation, whatever. When you seldom get a shot at this you want to do well not just for yourself, but for those you represent.

After that last post, I had an outpouring of messages of support from friends and those within my network who showed compassion and understanding. I explained to them the journey of Precision Sports. I shared everything I learned as a naïve young soul entering tech and entrepreneurship; the good people, the bad people, the rollercoaster of fundraising, product development, bootstrapping, finding solutions in the face of limited resources and ultimately having to walk away from the company I founded (which is another story for another day).

And when it’s all said and done, I’ve learned that it’s okay to fail as a minority, and not to stress and burden myself with the expectations and weight of the many. Even if I’m not Ricky, there are plenty of other Rickys springing up all over the place. The journey isn’t a solemn one.

And besides, it looks like I’ll get another shot at it and to use everything I’ve learned the first time around. So there will always be another chance because failure is not fatal….unlike Ricky’s end.