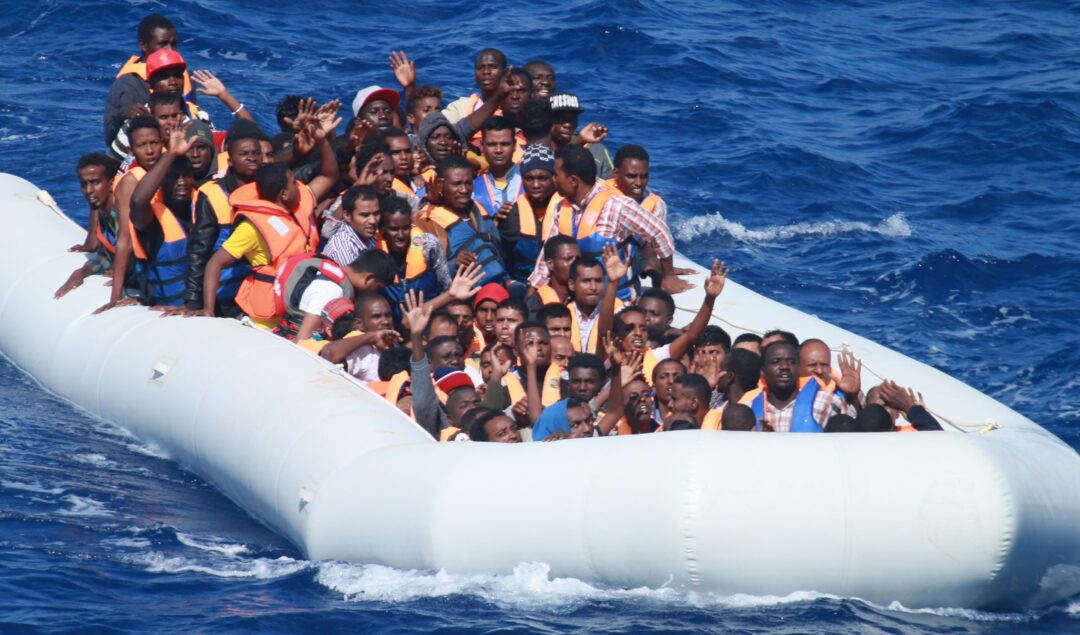 If you search ‘migrants’ on Tiktok, you get a host of videos from desperate individuals trying to secretly enter lorries and being caught out to news about the thousands of young men that have lost their lives trying to make the journey.

But some TikTok videos and Instagram accounts that aggregated these videos of sea journeys show before and after footage alongside images of the same migrants walking along well-groomed European streets and posing in front of monuments like the Eiffel Tower.

These videos may give the impression to some that they can easily get papers, work, and money when the reality is often very different: 2020 data from the European Commission showed that the unemployment rate for migrants was nearly 14 percent, compared to about 6 percent for the indigenous population.

According to the Missing Migrants Project, 2,048 people went missing in the Mediterranean in 2021, with 23,000 missing since 2014. Experts warn that social media influencers in Tunisia could inspire others to make the dangerous crossing.

Two TikTok influencers sparked controversy earlier this year after posting glamorous videos of their migrant journeys from Tunisia to Europe by boat – a journey that kills thousands annually.

18-year-old Sabee al Saidi posted a photo of herself wearing bright-pink lipstick and leaning from the side of a wooden boat in a calm blue sea.

In one video, she smiles alongside a dozen other migrants, appearing at ease while listening to a popular rap song.

A month later, Chaima Ben Mahmoude, 21, posted a similar video, waving as she made the crossing from Tunisia to Italy with her fiance in a boat crowded with migrants.

Tunisia is the main departure point for migrants setting off from North Africa to Europe.

This is all part of what is now known as migrant TikTok – but some videos can also be seen on Instagram. Captions are often in North African dialects of Arabic, as is the audio.

Speaking to Rest of World, experts pointed to migrant TikTok as a new entry point for young people into the world of irregular migration. The absence of reliable information means that social media has long played a role in helping people share advice, with Facebook groups and other private channels acting as informal hubs for knowledge: how to travel, and whom to contact. But with the rise of apps like TikTok, where posts are public, compounded by recommender algorithms that repeatedly suggest similar content, virality has given this information greater reach among people who aren’t actively searching for it.