The African Women Leading The Tech Revolution on The Continent 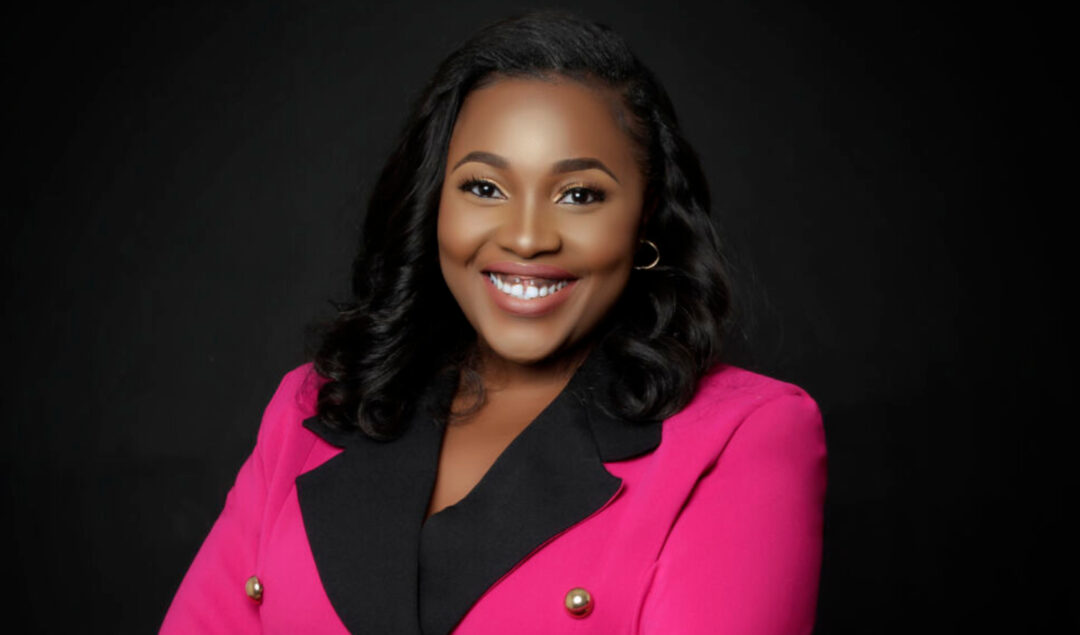 With some of the fastest-growing global economies, the African startup scene continues to flourish. By using technology to solve problems, disrupt the status quo, and create jobs, African entrepreneurs are leading the tech revolution. Meet seven game-changing female entrepreneurs from fintech, health, education, and home care, and see how they are redefining the business landscape and improving lives.

PiggyVest wants to be the company “allowing young people to take full advantage of the financial ecosystem without having to break the bank for it.”

Odunayo Eweniyi graduated with a first-class in Computer Engineering but was unable to land a job due to growing unemployment in Nigeria. She connected with ex-coursemates to launch businesses, and after two failed attempts, they found PiggyVest a platform that would help has helped Nigerians save up $80 million (USD). Back in 2015, PiggyVest began with one idea in mind: digitalize an offline process of using wooden boxes to save money on a daily, weekly or monthly basis. Along with her business partners (co-founders of the widely popular PushCV), Odunayo wanted to find a way to digitize the savings process and to help people create a sustainable means of saving.

PiggyVest’s last funding round was announced in May 2018, a $1.1m seed fund led by LeadPath Nigeria, with participation from Village Capital and Ventures Platform. The business has since won several awards including the 2018 Future Awards Africa Prize in Technology, Business Day Top 100 SMEs, and the 2017 Village Capital Fintech.

On her part, Odunayo was part of the World Women in FinTech Power list for 2017 and the Naija Most Influential People in Technology in 2017 and 2018. She earned a spot on Forbes list of 20 New Wealth Creators On The African Continent 2019, and is recognized as a creator of one of the “Businesses Of The Future.”

Good eyesight is vital to overall health and well being yet the cost of corrective lenses and eye testing services is significantly high in Uganda. Brenda’s vision was to create a company that offered a sustainable solution to expensive eyewear by using recycled plastic and producing quality affordable eyeglasses.

Launched in 2016, Wazi Vision focuses on providing an alternative to existing eye care solution. Wazi Vision was admitted to the F-Lane Accelerator, an acceleration programme for entrepreneurs to technology to empower women worldwide. Wazi raised seed funding of $800,000 from Greentec Capital in October 2017. Working on technology to perform eye tests, without the need for an optometrist, Wazi Vision aims to provide more affordable eye care in Africa through a smartphone app that enables testing of eye acuity. It also plans to use virtual reality (VR) testing kit to help bring eye care testing to rural areas without the need for an optometrist, enabling all communities to have access to essential eye testing services.

“We have to be intentional in our efforts and committed to bringing opportunities to girls in rural areas and disadvantaged communities. Technology is increasingly becoming part of our lives, making digital literacy fundamental for everyone…”

Zandile began with a passion for software development; however, whilst working in the industry, she noticed the vast gender inequality that exists within tech.

Zandile founded GirlCode in 2014, a social enterprise that aims to empower young girls and women through technology. Since its launch, GirlCode has grown into non-profit impacting hundreds of young girls through skills development and mentoring programmes. In 2018, GirlCode launched the Digital Academy, the GirlCoder Club, the GirlCode Accelerator Programme, and the GirlCode Incubator initiative. The GirlCode SMME accelerator is a rapid growth program designed to assist female-owned TechSMEs.

Zandile and the team aim to impact 10 million women across Africa by 2030, starting with getting young girls interested in STEM and becoming the largest female digital academy.

“What keeps me going is that someone is about to die, and they don’t die.”

Giwa-Tubosun has worked as a health administrator for the World Health Organization, United Nations Development Program and Lagos state government. In July 2012, she founded the One Percent Project, which promoted voluntary blood donation across Nigeria and collected more than 3,100 pints of blood until December 2015, when it transformed into LifeBank.

The LifeBank App is an intuitive blood donor database that inspires committed Africans to give blood and save lives in their community. The company was inspired by the birth of Temi’s first child and the complications arising from that experience. In Lagos, the need for blood is urgent as there is a shortage of available plasma from blood banks to needy patients is crucial. To address this need, Temie launched the e-health app connecting blood banks with hospitals in Lagos.

With its launch in 2016, LifeBank is tackling the problem of blood shortage in Nigeria. Lagos’s Co-Creation Hub supported LifeBank in its initial stages with $25,000 in pre-seed funding, and the company has since raised a further $15,000 from a private investor. It uses data, technology and smart logistics to improve the discoverability, delivery, affordability and safety of essential medical products like blood and oxygen to hospitals in Nigeria. In 2019, LifeBank launched drone deliveries in a bid to help its partner institutions increase efficiency and save more lives, reaching more vulnerable people marginalized areas.

“Build an excellent product and watch it sell itself – Chika Madubuko”

Chika Madubuko is a business professional, bioengineer, and entrepreneur. Dealing with her grandmother’s illness Chika found it extremely difficult to manage the level of care she required. Even when opting for a paid caregiver, there was no regulated marketplace where she could find a vetted and trained caregiver for your grandmother. Chika realized, there was a gap in the home care industry. Greymate Care was launched with two other women Ogochukwu Obi (COO) and Remilekun Dosumu (CTO).

Greymate Care launched in 2016 as a solution to better care for Nigeria’s elderly population. Using technology to connect the elderly to professional caregivers, Greymate Care is an online platform connecting specialist carers to those in need of care. It leveraged innovation, infrastructure, technology and highly trained staff to provide communities with access to an online marketplace to match with quality professional and vetted homecare and specializes in delivering companionship, personal care, and 24/7/ live-in services.

Greymate Care has succeeded in disrupting the home care industry by providing quality, efficient and compassionate home care services. Greymate care has won numerous awards including the Bronze prize at the She Leads Africa Accelerator Programme, was Social Innovation Laureate, Women in Africa Initiative and most notably made the 2019 Forbes under 30 list.

“We want to be a content powerhouse for Secondary School students, not just for Tanzania, but for Africa. Shule Direct seeks to introduce students to digital learning with materials that are accessible and relevant to them, and to help them gain access to the crucial information they need for success in school and life beyond.”

Born and raised in Tanzania, Faraja did not have access to all educational resources to support her studies. She was introduced to the world of online learning whilst studying for her Law Degree. With a passion for bringing quality education within reach in Tanzania, Faraja wanted to create online and learning spaces to bridge the gap. She launched her company in 2016

Shule Direct creates accessible digital educational content for children in Tanzania – delivering educational services to rural communities. Students can access course notes, quizzes and interactive syllabus through means that are the most accessible to them: a mobile phone, an internet cafe, or a device at their school.

Shule Direct is building a Tanzania where, regardless of physical, financial, or geographical circumstances, all children will have access to quality education. By introducing students to digital learning with materials that are accessible and relevant to them, they are helping to guarantee success in school and life beyond the classroom.

“In developed countries, technology is creating a comfort or a convenience, whereas, in Ethiopia, it’s creating a necessity.”

Betelhem became interested in tech and computers working in her father’s electronic shop. By the age of 10, she taught herself how to code. By the age of 12, Betelhem was employed as a developer for the Ethiopian Information Network Security Agency (INSA). Betelhem is applauded as the youngest pioneer in Ethiopia’s fast emerging tech scene.

Betelhem is a project manager at iCog Labs, the first artificial intelligence (AI) lab in Ethiopia. One program Dessie leads on at iCog is “Solve IT”, which works with young people to find technological solutions to community-based problems. Betelhem has four software programs copyrighted to her name, including an app developed for the Ethiopian government to map rivers used for irrigation.

The revolutionary tech entrepreneur is also a partner with Kudu Ventures and manages the firm’s Kudu Women programme, which invests in women founders in multiple sectors. She is the founder and CEO of the iCog Anyone Can Code programme teaching young Ethiopians skills in robotics, AI and IoT (Internet of Things). Betelhem travels extensively around the country, working with students of all ages to inspire the next generation of innovators and entrepreneurs.

Representation isn't Everything, But its Something. What does VP Kamala Harris Mean for Women of Color? - Techish Podcast