By Abbianca Makoni April 5, 2022 in Africa, Break into Tech, Business, Crypto, Data, Learn To Code, Main, Startups Comments Off on A Bootcamp For Web3 Developers With Hands-On Blockchain 101 Training Has Just Launched 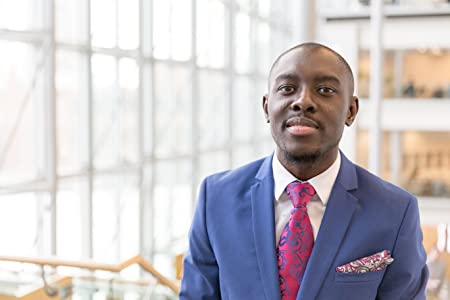 ChainIDE,  a firm helping develop company MVPs, and Conflux, a software delivery service for engineers, have teamed up to launch ‘The Hydra Developer Bootcamp’ for Web3 developers in Africa.

The bootcamp aims to provide cohort members with hands-on blockchain 101 training, insight into the African blockchain, crypto industry, and a unique outlook on the future prospects of the Metaverse and Web 3.

More than 200 people have reportedly already signed up for the event, according to TechCabal, while the first two modules have already attracted more than 500 views in two days.

On Saturday, April 2, the opening ceremony of the 2022 Hydra Developer Bootcamp was held. Chris, head of global expansions at Conflux Network, advocated for the transition towards Web3 and the mass adoption of blockchain technology.

While the co-founder of GIGx, Osamede Arhunmwunde described the adoption of blockchain technology as an opportunity for our generation. The goal of GIGX as Africa’s first decentralized marketplace is to onboard the next million users across Nigeria.

The Hydra Developer Bootcamp comes with a $7,000 bounty, according to TechCabal, and POAPs are available for those who attend the Bootcamp from Week 2 to Week 4.

POAPs are proof of Attendance Protocol. These NFT badges are given out to prove attendance at an event

Participants that attended the entire Bootcamp event will get a chance to join the giveaway lottery scheduled on Week 4. The registration deadline for the Hydra Developer Bootcamp is 9th April at 13:00 GMT+1.

Future modules in this Hydra Developer Bootcamp include creating smart contracts using Solidity and developing a blockchain-based game and metaverse.

Osamede Arhunmwunde is an investment fund manager, author, and educator.

He has invested in and exited several companies. He has worked with organizations like: The Canadian Armed Forces, Manitoba Marketing Network, University Of Manitoba, Chamber of commerce, The US Air Force, TEDx, Nigerian National Petroleum Commission (NNPC), and advised many other prestigious organizations around the world.

Working with thousands of business leaders and entrepreneurs around the world, his mission is simple: to share as much as possible about how to create wealth, protect it, grow it, and pass it on to the next generation by leveraging public, and private markets.