By Michael Berhane October 23, 2017 in Founders, Interviews No Comments 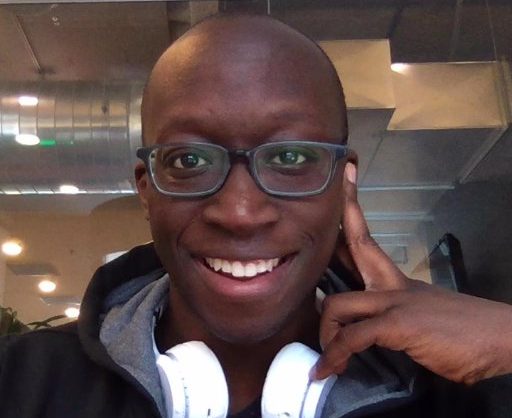 How did you get started with Indie Hackers?

August of last year, I was looking for something new to work on. I had just quit my job as a freelance developer, and I was burned out on startups. I had taken a few years off to freelance, but I got an itch to come back to start-ups. So, I figured why don’t I sit down for a few days and try to come up with an idea. I knew that I had a few criteria in mind, I wanted something that could generate revenue from hopefully pretty early on, and that I didn’t wish to have investors.

I also wanted to do something that would be fun, and then I would feel right about waking up in the morning to work on.

I decided that what I would do is scour the internet and look for stories of people who built businesses that were pretty similar to meeting my criteria.

I figured if I could read enough stories then it would inspire me, or I would glean like some end sites or see some patterns that would help me come up with the idea.

I would sit down, read the stories, do a little bit of brainstorming, go back to stories, and do more brainstorming. I did this every day, all day, for like three or four days straight. I don’t know if you’ve ever done two hours of straight brainstorming, but after a few hours, your brain is like mush. By the end of the third day like, I was completely fried, I saw stars, but I got a lot better at coming up with ideas. The first day I had nothing but terrible ideas, on the second day they were OK and by the third day, I had four or five excellent ideas.

What was interesting to me is, I’m a programmer by trade, and I got a degree in computer science from MIT. The only thing I’ve ever enjoyed writing is code, and yet the best idea on my list was the idea for Indie Hackers which was a content idea. I kept running these thoughts through my list of criteria to try to figure out ‘am I sure this is the best one’? It turned out to be the best one just because it checked off more boxes than anything else. I knew that I was interested in the concept of starting startups that are Indie and not necessarily VC funded [that don’t need to be rocket ships]. I knew that I liked reading the stories because I’d been reading them for four days and I was hooked, and I knew that other people cared too because I could see how many shares these stories were getting. I also knew how to do an excellent job at helping people tell these stories because after reading them for so long I could say here’s why the good reads are good; they go into more detail, they share their revenue numbers, they start at the very beginning, etc. etc. So, it was like check-check-check, this idea matches all the criteria that I want, and so I scrapped everything else and started working on Indie Hackers.

What brought about your aversion to raising capital and your preference to bootstrapping?

My views were crafted over the years as a startup founder. I did Y-Combinator, back in 2011, and even before that after I got out of college in 2009 I was working on start-ups. It was always apparent to me that there are two paths that you could take. You had the 37 Signals guys, David H Hanson and Jason Fried who were very vocal about the fact that you don’t have to raise money you can just generate revenue online like a regular business in any other industry, and that’s fine. That doesn’t mean that you’re a loser or that you’re unambitious or that you can’t go the distance, it just says that that’s the business that you choose. You usually have a higher chance of success.

Then there’s the more stereotypical, Facebook, Google path of achievement where you need to raise a ton of money and hire as fast as you can and try to crush the competition. I played that second game for a while and the thing about it is I noticed when I was in the YC, there are a lot of knowledgeable people, a lot of very skilled and driven people who play that game and play it well and still don’t succeed. Because when you raise the expectations that high, when you have people putting in tens of millions of dollars in your company, the minimum bar for success suddenly becomes exceptionally high.

You indeed need not only an immense amount of skill, but you need the market to be on your side, you need a lot of things to sort of line up and go your way. I figured I am thirty years old now; I don’t have the patience just to keep rolling the dice. I would much rather do something that I have a little bit more control over. To see if I can understand the fundamentals of business, what is it that makes people want to buy something, what is it that makes people want to come to a website, and do it at a smaller scale where I’m not co-opted by the venture capitalist’s business model.

I don’t think there is something wrong with the VC model if that’s the game that you want to play. The company that I work at right now, Stripe, is doing it very well. But, I figured for myself and for a lot of other people it’s more realistic not to go down that path.

When did you realize that you were on to something with Indie Hackers?

So, I think there are two approaches to working on things, and one of them is to launch as quickly as possible, minimize the time you spend doing research or developing a product. I think the other one is to do kind of what I did and spend a lot of time thinking about it beforehand. I’m a notorious planner. I was pretty sure people are going to like this idea; there’s no reason that people will want the other things they are reading online and they won’t like the stories that I’m going to put on Indie Hacker. I just couldn’t imagine a world in which that wasn’t the case; it wouldn’t make any sense because it was only a better version of those stories.

So, I spent three weeks just emailing hundreds of people and interviewing them and trying to figure out how to get their interviews to be engaging and exciting and put them all up on a website, and then I launched Hacker News on August 11th, 2016. The post went straight to the top, I mean it was number one, number two on Hacker News for like a day and a half. I got a ton of traffic. The best part of it honestly was that I spend so much time reaching out to people for interviews that after launching Hacker News I had an inbox full of people who wanted to be interviewed.

Did you have any apprehensions about how are you going to generate revenue?

Yeah. I think what’s interesting about content is that it ostensibly seems very different than a SAS product, but ultimately I think a lot of the same principles apply. You just have to figure out who your customers are. I looked at other content creators who monetize; I was looking at Ben Thompson of Stratechery who was just merely writing three-four essays a week and charging people for access. It’s just so good that people paid for it. I looked at Nomad List which is created by this guy Pieter Levels.

Yeah, it’s excellent. And most people wouldn’t consider what he was doing content. I mean it’s an online database of just cities and statistics about those cities, but it’s just a unique form of content that he monetized by having a community that he charged for access to, and having sponsors and advertisers. So, I figured there’s a wealth of options for me to choose from.

After launching and seeing the launch go well, I wasn’t in a real hurry to try to get my first advertisers in the door. I figured that what I needed to do first was figure out a sustainable growth strategy because one successful Hacker News launch was tremendous but then next week nobody cares. So, my first order of business was just figuring out will people still care next week and if not, how do I get them back?