By Michael Berhane October 10, 2017 in Engineers, Interviews No Comments 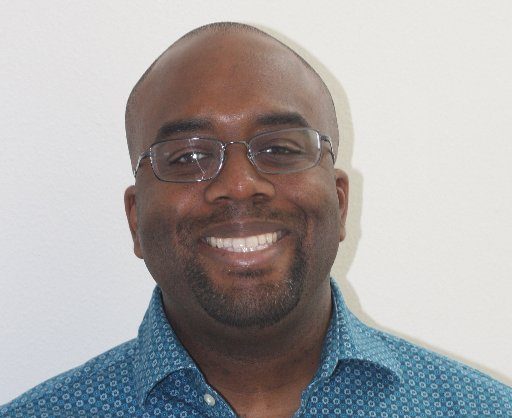 Tell us a bit yourself and what you do?

My name is Kevin Stewart, and I’m VP of Engineering at Heptio. Heptio is a company that was started by two former Googlers who were co-founders of the Kubernetes project as well as co-creators of Google Compute Engine. Heptio is looking to modernize IT by bringing Cloud Native technologies (like Kubernetes) to enterprises. As we are a startup, my primary role is to build the engineering organization and ship our open source projects and products. We are currently hiring for multiple positions, so the majority of my time is spent on recruiting. The rest of the time is helping our engineering team resolve issues and ship on time.

I was always fascinated by science since I was a kid and discovered computers right before I started the 5th grade. I was hooked. I learned BASIC on the Apple II and knew that I wanted to program. I would go to the library and read programming books as well as business profiles on Silicon Valley companies (mostly Apple and Microsoft). When my dad bought me an Apple IIc, there was no going back. I’d spend most nights writing applications and games for fun. I was fortunate enough to get accepted to two of New York’s specialized high schools and chose Brooklyn Technical High School. At Tech, you select a major for your last two years, and of course, I picked Computer Science. School became much more fun when I could spend time in class learning Pascal and C and building more complex applications.

Being a Black man in the tech industry, you grow accustomed to having to work 2 or 3 times as hard to be seen as equal. The most significant obstacle I faced was moving up the management ladder at Adobe. While I genuinely enjoyed my time at the company, I suffered a ton of challenges there. It was challenging to get mentorship when I needed it, and despite successes like building the first production service for Creative Cloud, I was passed over for promotion multiple times. I was constantly told that I deserved the promotion, but the goalposts kept moving. That was a particularly frustrating period of my career. Working incredibly hard and watching both the company succeed and your peers getting promoted around you for similar effort takes a toll. However, two things kept me going and eventually led to the eventual promotion. First, I took to heart Oprah’s words “Excellence is the best deterrent to racism or sexism.” If I were already working hard, I’d work harder and better than my peers. I built a reputation for always being able to deliver. Second, I didn’t take no for an answer. When I felt that my direct management was not sponsoring me, I went over them. It took going all the way up to a Senior VP, but I did, and I told him my story. I asked how it could be that after nearly ten years at the company I couldn’t name one Director of Engineering or higher that was Black? I wondered how could I always be told that I deserved the promotion for helping to deliver one of the most critical business transformations in the industry yet it still hadn’t come? He didn’t have an answer for me then, but a few months later I was promoted (retroactively). Persistence pays off.

Growing up, the tech industry always seemed like this wondrous place where miracles occurred. From the outside, the myth of two guys (it was always guys) in a garage building the future seemed so compelling that I wanted to be a part of it all. One could almost believe that it was indeed a meritocracy. WIth age and experience come wisdom. The tech industry still creates fantastic things, some of which have indeed changed our lives. However, now that I’ve spent some time inside the factory and have seen how the sausage is made it’s a little less wondrous. The lack of diversity and inclusion are systemic problems, and little progress has been made. There is still so much work to be done.

● Be curious and well rounded: Being into tech and code like I was is great, but don’t just stop there. Some of the most successful people in tech are also very well rounded. They’re artists and musicians, travelers and writers. The tech industry is a blend of science and art. Exercise both sides of your brain and explore both areas as much as you can.

● Value teamwork: The myth of the lone programmer is just that…a myth. Real work is done by teams of people, and the most valuable skills you can develop are communication and collaboration.

● Build your network: Grades and resumes alone won’t cut it. You need to reach outside your circle of friends and acquaintances and make connections early. Go to meetups and conferences (lots of conferences now have diversity scholarships….take advantage of them). Reach out to people of interest on Twitter. If you can, work on open source projects. Some people are introverted and prefer to be behind the scenes, quietly working on things. I know, I’m one of them. Unfortunately, that will severely limit your options so push yourself to go outside your comfort zone. You need to be visible, and a strong network can help you with that.