By Michael Berhane December 18, 2015 in Data, Interviews No Comments 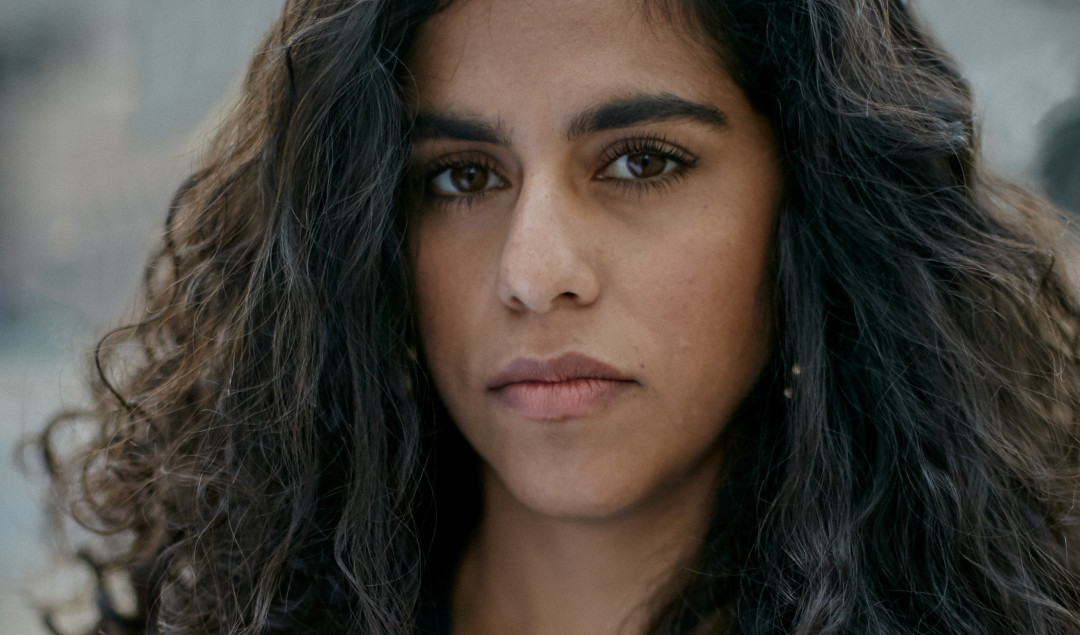 Silly question to start off with, but what exactly is a data journalist and how does that differ from a normal journalist?

I think that’s a really good question, as I hate it when people take things for granted. A data journalist is one who uses data as much as they possibly can in their work–which I know sounds really really silly, but it means I can write on any subject whatsoever; the only criterion is that data has to be available.
Some of the pieces we write are about how the data on something doesn’t exist and how it should exist. For example, that there was no data from the US government about the number of individuals police officers have shot.

The Guardian tried to build up that database themselves. Sometimes it’s about collecting the numbers. However, in most cases, it’s about finding the numbers that are already out there and using them to tell stories.

Another slightly silly question: does it ever feel like an uphill battle, as humans are often illogical creatures and you might be destroying preconceived notions that are driven by ‘gut’ and ‘emotion’?

Erm yes, definitely. I remember in my previous stint at ‘the Guardian’, the tone of the comments on the ‘comments is free’ section was so emotional and overly heated.

Whereas when you publish something that is data-driven, people can either argue with the source (but very often if its government numbers). Or they argue with your methodology, or they argue with how you’ve presented the numbers. Still, that is a far more rational discussion.
The challenges that I tend to face are either people thinking that numbers are boring, or that they won’t be able to get their heads around it. Sometimes it’s disinterest in that given topic, which is a problem that every single journalist suffers from. If I write a topic on mass shootings, and someone is a gun owner and does not believe that mass shootings are affected by gun control laws, they won’t click on the article no matter what. So no matter how compelling the argument is, I’ve lost them.

So how would you go about constructing a more data-oriented society? Please excuse the very broad question.

I think that it has to start in schools–that’s where most people’s relationship with numbers turns sour. Little kids love learning their ABCs as much as they like learning numbers. When you’re very little, doing sums goes like “Jenny goes to the shop with £2.50 and buys something…” — it’s relatable and more applicable. By the time you go further in school, they take out real-world applicability, which is why everyone hates it.  ‘How does this apply to my actual life?’ The curriculum needs to change so that even if you’re learning algebra, you understand why it’s relevant.

Have you ever had your own mind changed once you’ve analysed the data?

Yeah, quite often. I’ll give you an example, which is the mass shooting stuff I’m working on right now. I would describe myself as quite liberal on this issue (my inclination, especially as a British person, is “why does everyone need a gun?”) I also understand that this is a deeply, profoundly American phenomenon that is heartfelt. This debate isn’t about whether guns should be made illegal but is about how to manage the fact that people in America view it as their right to own a gun. So my starting point for that is let’s see what tougher gun control will do. When you start to the look at the numbers, it’s incredibly difficult. In a way, it’s a weird example because it changed my mind about the effectiveness of figures in understanding a situation like this.

I can go back through every single mass shooting that happened this year–I looked through 51 cases, of which there were 28 where the person’s mental health status was known–only in 6 cases did the person suffer from any mental health issues. You could argue that background checks which looked at specific types of mental illness might have prevented that kind of mass shooting. However, you could develop a mental health issue post-gun purchase.

I’m cautious about presenting this kind of stuff.  If you do this kind of journalism and do it badly, all it will do is add to the stigma surrounding mental health. In terms of changing my mind, it happens in smaller cases. I’ll be looking at job numbers–very often the number (in this instance the unemployment rate) that you have in your head is completely off.

It reminds me of a study where they asked people in the UK what percentage of the population were ‘ethnic minorities’, with the vast majority guessing a disproportionately high number.

Yeah, when you see the national data you realize how warped your view of society is based on your social group.

Tips for anyone in your position 10 years ago?

I would say: do not be daunted by it, do not be frightened to try it. I think the exciting thing (but at the same time the tough thing) about data, is that a lot of your learning has to be self-directed. Sure you could go back to university and payloads of money for a data course, but it’s far better to start off with a topic you care about (Planned Parenthood, guns or racial equality for example) and see how you can use data to understand this issue you care about. Every single day I’m Googling how to do something, reading a guide online. As long as you relish those learning opportunities and don’t take it as “Oh what’s wrong with me? Why don’t I know this stuff?” you’ll be okay.

Sounds a lot like programming [laughs]. Last but not least, anything you want to shamelessly plug? 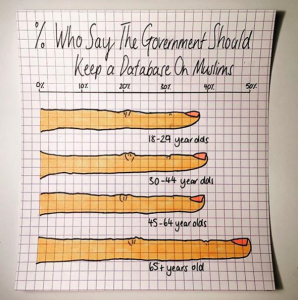 Also, I’ve got big plans for my Dear Mona column in the new year, so I’m keen for people to send me any questions.