By Michael Berhane February 12, 2018 in Engineers, Interviews No Comments 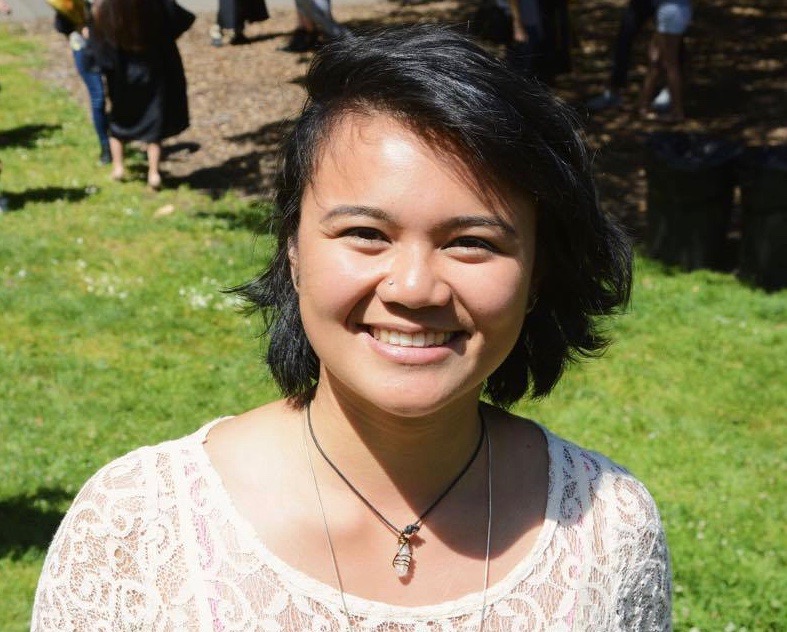 Tell us abit about yourself and what you do?

I am a Bay Area native, Filipino-American feminist, activist, and software developer. I grew up in the East Bay and attended UC Berkeley. I am a full stack developer at Carta, where I mostly work with Python/Django and Javascript/React. I help make our software bulletproof by maintaining legacy code and triaging bugs. Our company is a fintech company. Coming from a Cognitive Science, Linguistics, and pre-medical background, getting familiar with the codebase, data flow, and data models remains to be a steep learning curve, but every day I’m learning and excited to do my job. It is extremely interesting learning about issuing securities, share class seniority, shareholders, and all the types of transactions our software supports, especially as a young adult who hasn’t even taken a personal finance class. Part of why I wanted to take this job is because I knew I would learn more about personal finance and what awesome things I can do with my money in the future, things college students can only dream of and many people never entirely learn or have the privilege to learn.

Being a Cognitive Science major, I was required to take a couple Computer Science classes. I took the intro to CS class in Python and Computational Models of Cognition also in Python. I thought those classes and CS, in general, were really cool! I really love problem-solving, no matter how long it takes me. If I’m solving a problem, I am willing to spend the time necessary to find the solution, else fail trying. I feel very comfortable asking for help, too, because I have a growth mindset with the problems I face.

I wanted to minor in CS, but I already had a heavy class load. My first job out of college was at Yahoo as a Content Analyst and Knowledge Engineer. I mostly did qualitative analysis on Yahoo search results and content creation for multiple chatbots. However, I wanted to do more software developing, and after working with various app developers during ‘bot bashes’, I became thirsty for their line of work. So, being a natural activator, i.e. ‘do-er’, I joined the coding boot camp Hack Reactor after a little over a year at Yahoo to begin my career transition to software engineering. Over the course of three months, I spent 11-14 hour days at Hack Reactor in San Francisco six days a week learning full stack Javascript web development. It was extremely rigorous and extremely rewarding. Three months after graduating from boot camp, I started work at Carta. At work, I continue to problem solve, and it’s fun helping other people out and collaborating with colleagues.

I have a lot of thoughts on this. I am Filipina, one of a handful of types of Asian that is majorly underrepresented in the umbrella term “Asian.” People often think of East Asians when they hear or read the word Asian. I consider myself Asian American, as I should, but I more strongly identify as Filipino American because it is more precise and actually representative of my underrepresentation—in tech and in the world. I never met another Filipino person at Hack Reactor, but I met tons of East Asians and white people. Carta has over 300 employees, and I am one of two Filipinos in the California offices—around 200 people combined in San Francisco and Palo Alto. In the engineering teams I have been on, I am unsurprisingly usually the only female engineer—this was the case in two out of three teams I have been on, which actually isn’t that bad all things considered. Teams are generally diverse because we have a Rio, Brazil office and therefore a high Brazilian representation, and the company actually cares about retention and acquisition of women and diversity numbers.

However, I still sometimes feel like an outsider. Firstly, because I am female and secondly because I am an ambiguous-looking, dark-skinned Asian. I also speak Spanish openly whenever I can, so people often think I am Latina. I also sometimes feel like being a woman of color it is my currency, my buy into exclusive clubs because I am a minority in tech. Deep down I know that if our society had gender equality and racial equality (or cultural equity, which encompasses these and more), I would not feel this way. I like to feel wanted and needed, obviously for more than filling diversity quotas. I often wonder if white people ever think about their intersectionalities in this way.

Just do it. You won’t be sorry. You won’t know unless you try! There are so many avenues to take in tech; there’s something for every type of person with any skillset. Medtech, fintech, biotech, fitness tech, you name it! You just have to find your niche. There are more than engineering roles in tech, too, such as sales, business, finance, recruiting, etc.

If you care about company culture and diversity like I do, when you get to the onsite interview stage, ask about company culture, about their work hours, diversity initiatives, anything you actually care about regarding the work environment and your colleagues. If you want to get a gauge for how well you’ll get along with these prospective colleagues, and if you’re wondering about female representation or diversity and inclusion at the company, these questions and similar ones are the ones you need to be asking. The interviewers’ responses massively reflect what the company actually does. If they have no response to diversity questions, you’ll know the company does nothing toward it and doesn’t care. This is because if the company did have initiatives, were transparent about them, and enthusiastic about them, the interviewer would likely echo that excitement because they’ve been primed with it.

This is exactly what I did. I asked if the culture is bro-y to my one female interviewer (out of five) who was my “laid back, ask me anything” interviewer. She even began my interview by asking what I do in my organization Mt. Diablo Peace and Justice Center as a Board Member, which kicked off a conversation on the anti-racism work I do. I had that in my personal section of my resume, and I am so happy that I included it. Our conversations about gender, racism, diversity, and inclusion hugely impacted my decision to join the company.

I work in San Francisco and live in the East Bay, so physically either of these locations. My LinkedIn is linkedin.com/in/andreamiralles686.
Share this article