By Abbianca Makoni March 4, 2022 in Gaming, General Comments Off on Xbox Teams Up With The Los Angeles Lakers And Dwight Howard To Remodel A New Gaming Lab For Youth 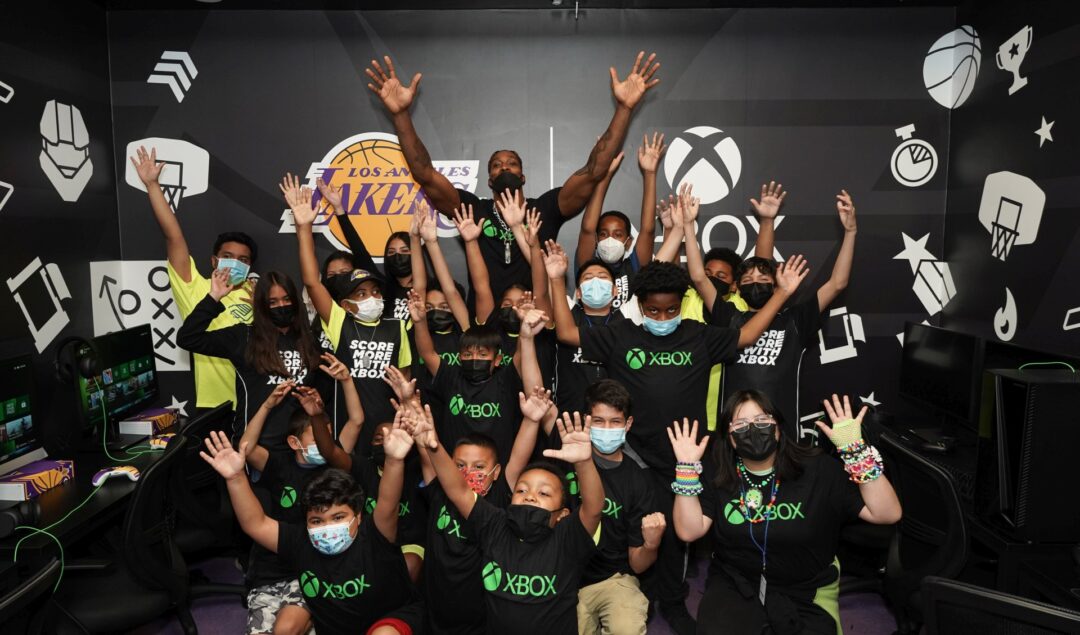 Xbox continues to power dreams through gaming and has announced an expansion of its sponsorship with the iconic NBA franchise, the Los Angeles Lakers. To celebrate, the Microsoft-owned video game company teamed up with philanthropist and NBA All-Star Dwight Howard to remodel part of the Boys & Girls Club of San Fernando Valley.

A family-oriented nonprofit dedicated to promoting the educational, social, and character development of boys and girls six to seventeen years of age in San Fernando Valley, the SFV Boys & Girls Club aims to enable young people, especially those from disadvantaged circumstances, to realize their full potential and provide access to the tools and resources needed to do so.

A long-time supporter of Boys & Girls Clubs across the country, Dwight Howard also surprised the kids with a private meet-and-greet and their very own chance to team up and go toe-to-toe, on the court and in their favorite Xbox Game Pass titles, with the NBA champion and eight-time All-Star himself.

“I am partnering with Xbox and the Lakers to produce this game lab to give these kids a chance to dream and think big. I know how much the Lakers mean to me but also Xbox. I’ve been playing the game for a lot of years now. It’s just kind of opened up my eyes to different games, but also it’s inspired me to want to continue to play this sport that I love and play here in LA.

So, I’m very thankful to be partnering with two great companies who’ve been around for a very long time, and they’re kind of the champions in their own field,” Howard said.