By Abbianca Makoni May 26, 2022 in Articles, Break into Tech, Community, Diversity & Inclusion, Gaming, Main Comments Off on The Gaming Industry’s On Track To Reach A $222B Value: Here Are Black Innovators Who Helped Change The Sector

The Gaming Industry’s On Track To Reach A $222B Value: Here Are Black Innovators Who Helped Change The Sector 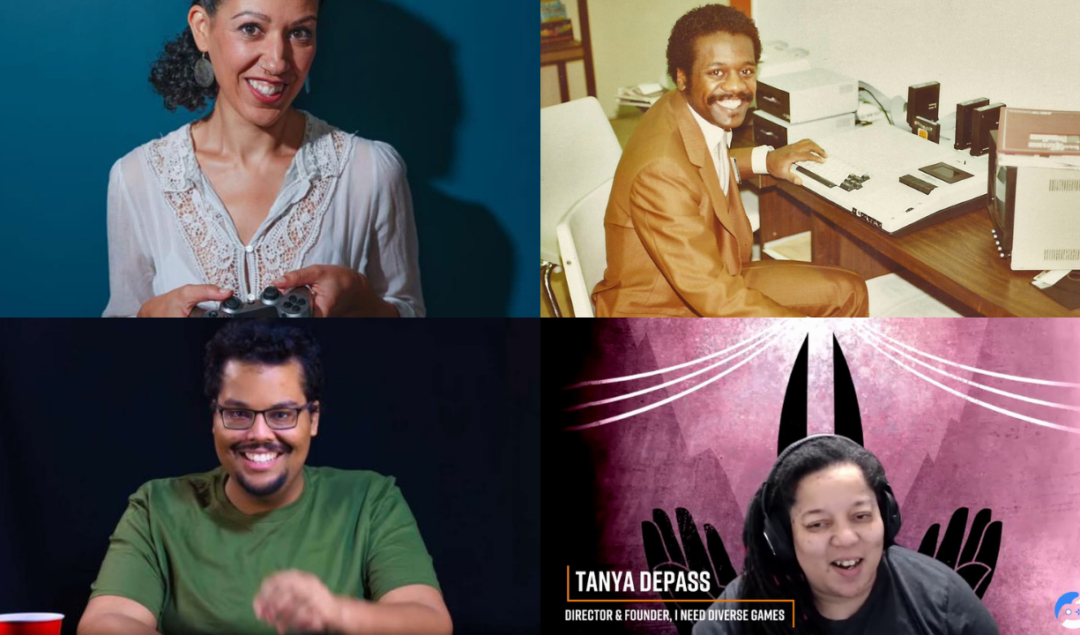 The gaming industry is set to reach $222 billion thanks in part to Gen Z consumers who are the biggest and most monetizable audience, according to a new report published by Data.ai.

There are more than 2.7 billion gamers worldwide, and with a young demographic it’s scale and appeal is attracting luxury brands like Balenciaga, who became the first luxury brand to partner with Fortnite on four virtual outfits, or “skins”, alongside accessories, weaponry and a virtual Balenciaga destination in-game.

Female gamers are also on the rise and according to Data.ai’s latest ‘Gaming Spotlight’ report published today with IDC – they account for a majority of consumer spending and audience in popular games like Roblox.

But the growth of the industry didn’t happen overnight and although the sector itself is male and pale – there are dozens of innovators and personalities from the Black community that have contributed to this boom.

Gerald “Jerry” Lawson was one of the few Black engineers in the gaming industry during the 1970s. And though one of few, his impact resonates tremendously throughout the gaming world.

Lawson and his team led the development of the Fairchild Channel F, a.k.a. the precursor to modern-day video game cartridges.

This game-changing idea was adopted by Atari and Nintendo before Lawson left to make more history as the owner of Video Soft, the first Black gaming development company.

Ed Smith, one of the first African-American electronics engineers in the video game industry, was a part of the APF Electronics team that designed the early cartridge-based video game, the MP1000.

His team developed the personal computer, the Imagination Machine, which acted as a plug-in expansion module two years later.

Popularly known as Sky Williams, Gregory Scott Williams is a YouTube gamer, stand-up comedian, and vlogger. He is most famous for his ‘League of Legends’ videos and rants. He is also a sponsored live-streamer on Twitch.

He often collaborates on his streams with his gamer friends, such as VideoGameDunkey, Sp4zie, and Sunnysplosion. He currently has over 900k subscribers on his YouTube channel.

Founder and Director of I Need Diverse Games, Tanya DePass,  established the nonprofit in 2014 to bring the gaming work and research of marginalized people to the forefront of the gaming world. The organization also advocates for positive intersectional portrayals of identity and culture within video games.

Now 49, Tanya still runs I Need Diverse Games; she streams and plays Dungeons and Dragons on Twitch, going by CypherofTyr; in the summer of 2020 she raised nearly $200,000 for the charity – The Bail Project.

Biggs87x aka Ricky is a British YouTuber who plays the video game Minecraft on his primary channel. He is best known for his “Let’s Build” videos where he demonstrates how to build modern houses, mansions, cottages, hotels, bars and more in the Minecraft world.

He has also got a second channel where he shares videos on other video games like The Sims, Roblox, The Sims 4, and The Walking Dead.

Chella launched 3-Fold Games with Claire Morwood before creating ‘Before I Forget’. This short, narrative-heavy game allows users to play as Sunita, a woman suffering from early-onset dementia. Sunita patches her memory together through interactions with her environment.

Aside from co-founding 3-Fold Games, Ramanan has advocated for diverse representation both within video games and game development as the co-founder of POC in Play, an organization dedicated to the diversification of the gaming industry, and through her time as a gaming journalist.