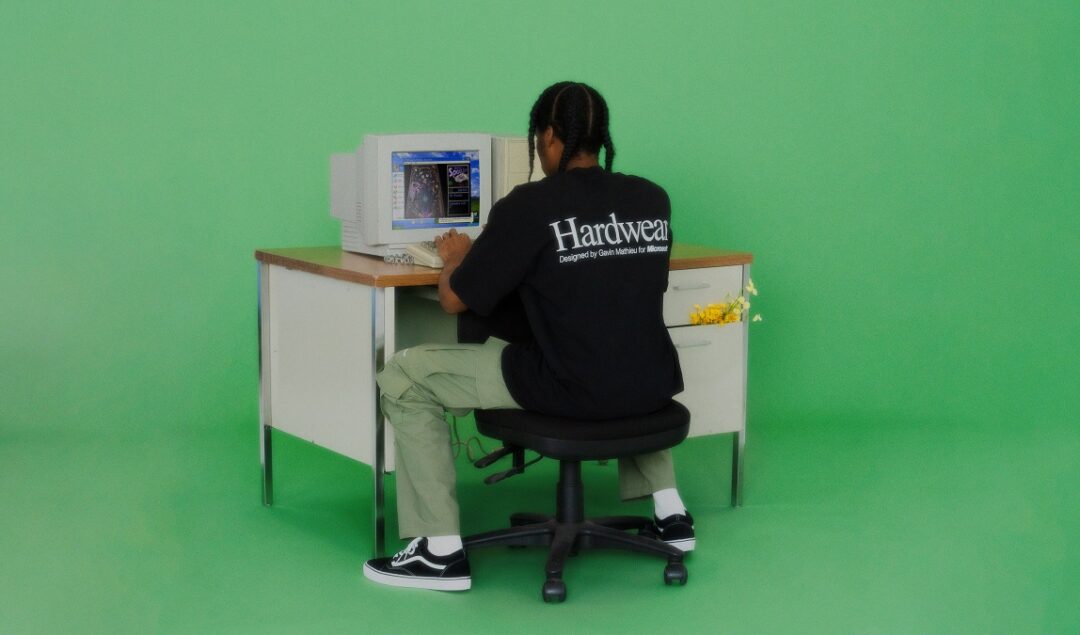 Tech giant, Microsoft, is venturing into the clothing industry in their latest collaboration with Black designer Gavin Mathieu.

The “Hardwear” collection encapsulates a “normcore” aesthetic, which primarily focuses on inner, not outer, value. As a result, the capsule features a range of minimalistic graphic tees and MS jackets, pants, pullovers, and hats.

The collection was shot in front of the company’s iconic grassy hill desktop background and embodied the nostalgic start-up sound and wallpaper many users grew to love in the platform’s early days.

The clothing brand, launched in partnership with Gavin Mathieu, showcases the designer’s creative talents, ultimately bringing a fresh vibe to the company’s collection. Mathieu, who credits his earliest work as a graphic designer to Microsoft Paint, helped the organization produce a nine-piece apparel collection that mirrored the company’s feel but with a chic and innovative theme.

“It means a lot to know that a brand that I have respected for so many years also respects my work. I was first exposed to design using Microsoft Paint on my Pop’s computer growing up,” said Gavin Mathieu in an interview with AfroTech.

“While designing this collection, I pulled most of my inspiration from normcore, an aesthetic that balances substance with style. To me, that is at the core of who Microsoft is, so I created a collection the celebrate that.”

Each silhouette in the collection tells its own story and is entirely unisex so anyone can wear it. In addition, the minimalistic design allows the pieces to blend seamlessly into anyone’s wardrobe, with graphic tees which display “never not creating” and “it’s in you, not on you” slogans to make every creative feel alive.

“This foundation allowed me to become a self-taught designer like many other successful creatives. When I first started, I told everyone that I wanted to create a uniform for creative superheroes, and this collaboration has allowed me to do just that.”