By Abbianca Makoni May 27, 2022 in Engineers, Main Comments Off on From Dreaming of Becoming an Engineer to Working for One of America’s Hottest Startups: This Black Engineer Shares His Story

From Dreaming of Becoming an Engineer to Working for One of America’s Hottest Startups: This Black Engineer Shares His Story 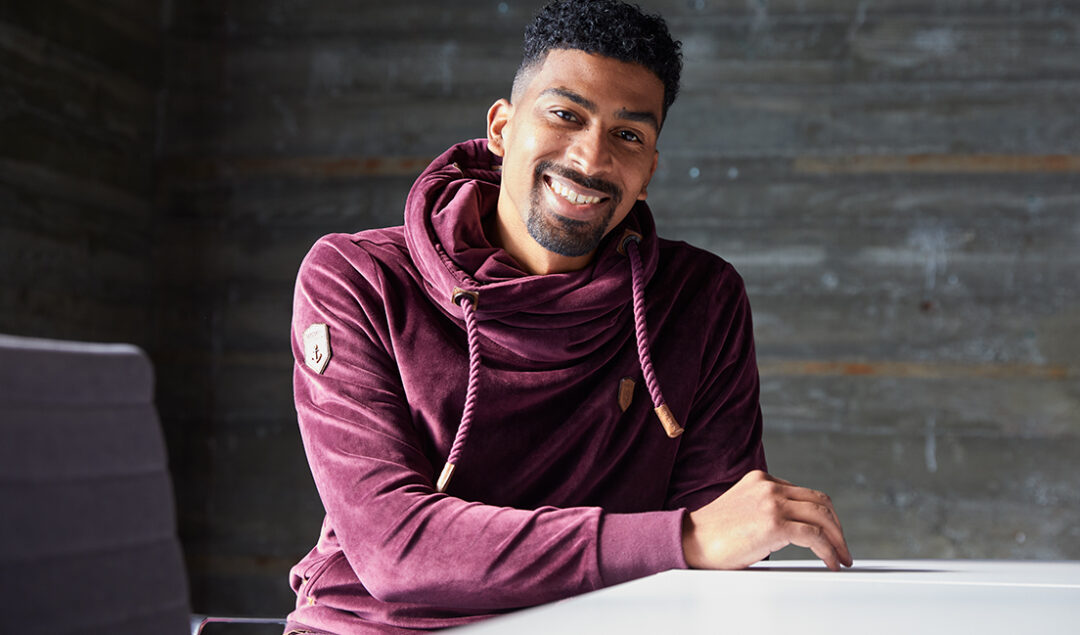 Mark David Blake is a software engineer working to deliver on Humane’s promise of innovative technology. The 33-year-old, who attended an HBCU, joined the company last year during the pandemic. Despite only working there for less than a year, he says the company’s dedication to diversity, inclusion, and good work culture is like nothing he’s ever seen before.

Blake’s journey isn’t your typical textbook pathway – after initially not wanting to go to college to initially struggling academically in college – his journey is one of grit, passion, and resilience. He credits his success to his family and his stepdad, who, when he wasn’t sure what path to take, was able to help steer him in the right direction.

Years after finally graduating and going through various STEM roles, he’s now working at Humane, a startup currently in stealth mode, which has ambitions to build a new class of consumer devices and technologies that stem from “a genuine collaboration of design and engineering.”

It was launched in 2019 by co-founders Imran Chaudhri and Bethany Bongiorno.

Since the company’s formation, it has gone from strength to strength with its efforts of diversity and inclusion. One key factor is its keenness to collaborate with HBCUs and communities of color across the country. Speaking to POCIT about its efforts, the company said it’s actively recruiting from HBCUs for full-time positions and recently launched its internship program, which sources candidates from HBCUs and organizations like ColorStack and SMASH.

Here we spoke with Mark about his journey to the top.

What are three words that best describe you?

Had you always known you wanted to get into the tech space?

When I was eight years old, I told my mom that if she wanted to see me as an adult, she would have to come to visit me in San Francisco because I wanted to work for a tech company out there. So I would say pretty early on, I knew that I wanted to be an engineer.

Your path was pretty varied before getting into tech full-time – I’d love to know a bit more about that.

I would say that my path was definitely not the textbook path. When I was younger, my stepdad owned a telecommunications company, and he would bring home old computer equipment, and I would disassemble it and put it back together, and that’s kind of where my fascination with technology grew from.

Then in high school, we had a technology program, and I got some IT certifications and started working in the IT field. I didn’t even want to go to college at that time, but after speaking to my stepdad, we revisited some of the life goals that I had shared with him when I was younger. That’s when I applied to Florida A&M University (FAMU) and directly got into computer science.

To be honest, it wasn’t an easy journey in college; I even got put on academic probation for one semester. But it was totally worth it because my experiences in college at an HBCU were amazing. I really learned that I was able to thrive in an HBCU environment, and from there, I had some internships, including one at Intel.

When I was getting ready to graduate, I had job interviews lined up in Cincinnati and Indianapolis, but I stayed true to my goal of wanting to live in San Francisco, and I ended up moving here.

What does your job at Humane actually entail?

We’ve got a lot of work to do, and we’re moving very fast. So the day-to-day isn’t necessarily always the same. One day you could be putting together a design document that foretells how we’re going to build our internal infrastructure and some of the details in that document include the type of computers we want to have in our infrastructure servers. But then, on other days, I’m building productivity tools to improve software and hardware developer velocity. I enjoy thinking deeply about how people get work done, the repetitive tasks that exist, and how they can be automated or eliminated. In infrastructure, details matter. Sometimes there isn’t a problem, but there could be a better way to do things, and you are building that better way.

What has been your experience as a person of color in the tech and engineering space?

Before joining Humane, my experiences at other tech companies have included feeling like a cog in a machine and frustration from not seeing genuine efforts to improve representation. For example, a previous employer started some HBCU initiatives, and as someone who went to an HBCU and is a person of color and an engineer, I reached out because I was curious, and I thought I could help point out some of those pain points, but they just didn’t seem interested in involving me. My experience at another startup was pretty much the same thing.

Being a black engineer, I feel some amount of responsibility to advocate, not just for myself but for other black engineers, and I think that’s where Humane is different.

It’s not just a slogan on our website – it’s actually happening, and it’s clear that representation matters to everyone at the company. Being equitable matters at Humane, and I definitely feel like my voice is being heard.

What advice would you give to young people of color looking to get into tech and engineering?

I think some of my biggest advice is that the numbers work – so don’t give up. Especially when you’re starting off in a junior role, the numbers work. I know it’s a very corny phrase, but you miss 100% of the shots you don’t take. Resumes and applying to jobs are almost free, so if you have an internet connection, you should be casting your net wide. Obviously, I wouldn’t recommend applying to a tech company that makes you compromise your morals, but outside of that, you should have an open mind and apply to every tech company that you find interesting.

Sometimes the best opportunities are the ones that you didn’t know about or you weren’t quite sold on in the beginning, but going through the interview process can help change your mind.