By Abbianca Makoni April 12, 2022 in Main Comments Off on Former Police Officer Claims There’s A WhatsApp Group That Was Used To Mock George Floyd And A Black Activist Who Was Shot Last Year 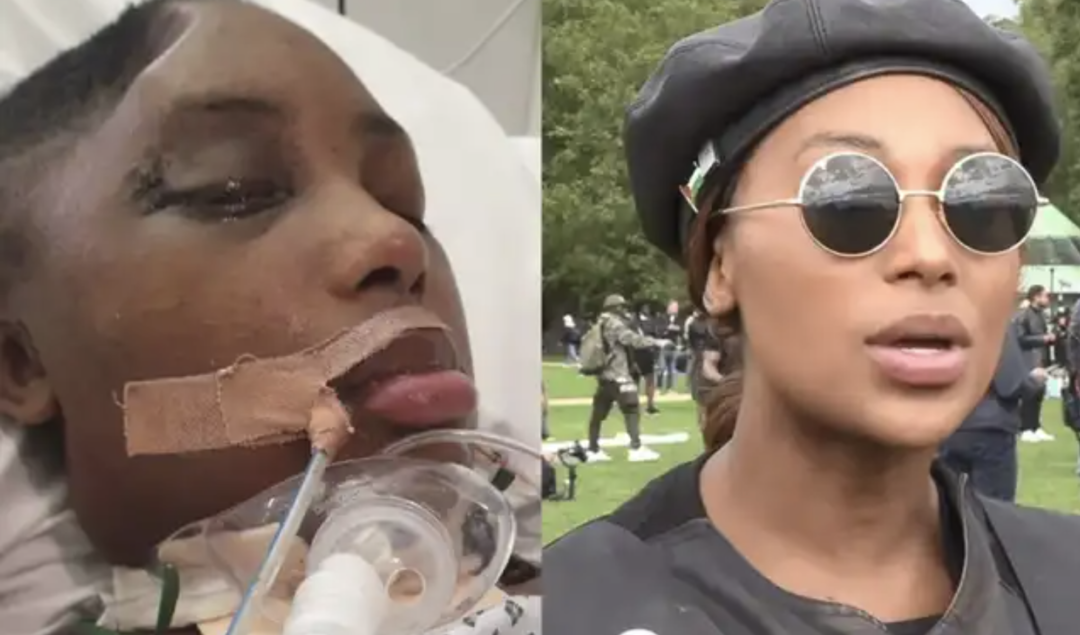 Former members of the Parliamentary and Diplomatic Protection command (PaDP) allegedly shared racist, sexist and homophobic messages in the group between 2018 and 2021, according to a whistle-blower who has come forward with an archive setting out the “sick” exchanges.

It was detailed that a picture of a mocked-up T-shirt with an image of Sasha Johnson, who was shot last year, was shared among the public servants depicting a bullet hole in her head with the words “black lives splatter,” according to  the Daily Mirror, who first reported the story.

Ms. Johnson, who has two young sons, suffered “catastrophic” and permanent injuries and remains in hospital following the attack just before 3am on May 23 last year.

None of the 30 guests at the party has come forward to give a statement, police said.

The murder of George Floyd was also reportedly celebrated in the group while other racist messages shared include images featuring Meghan Markle and Diane Abbott.

Abbott, a Labour MP for Hackney North, told the Mirror: “These are horrible and upsetting messages and one of them is about me.

“They happen to reveal a racist and misogynistic culture in the Met police which is what we saw in the WhatsApp messages from Charing Cross police station.

“This racist and misogynistic culture is behind some of the recent scandals, whether it’s the murder of Sarah Everard, the way the vigil for her was treated, and the strip-searching of child Q by the police.

“I think that the incoming commissioner really has to tackle this culture. It needs to be understood that racism and misogyny is not going to go unpunished.”

POCIT cannot confirm if the allegations made by whistle-blower Dave Eden, 62, are true. But in a statement to the media, a Met Police spokesperson said: “We have been contacted by a national newspaper about an allegation from a former officer who left the Met in 2000 of racist, sexist, and homophobic posts made on messaging apps. We understand at this stage the newspaper does not have information that serving officers were involved.

“Nevertheless, we have asked the newspaper for the names of those involved so that the allegations can be assessed and we can determine whether criminal or misconduct investigations are necessary.

“We would urge this former officer to contact the Met’s Directorate of Professional Standards to provide further information. Racism, sexism, and homophobia are completely unacceptable and we will take a zero-tolerance approach to any serving officer or member of staff who breaches our standards.”

The allegations come at a time when the Met recently agreed to publicly commit to a position of zero tolerance on racism, misogyny, bullying, and harassment, as well as making a public commitment to being an anti-racist organization.