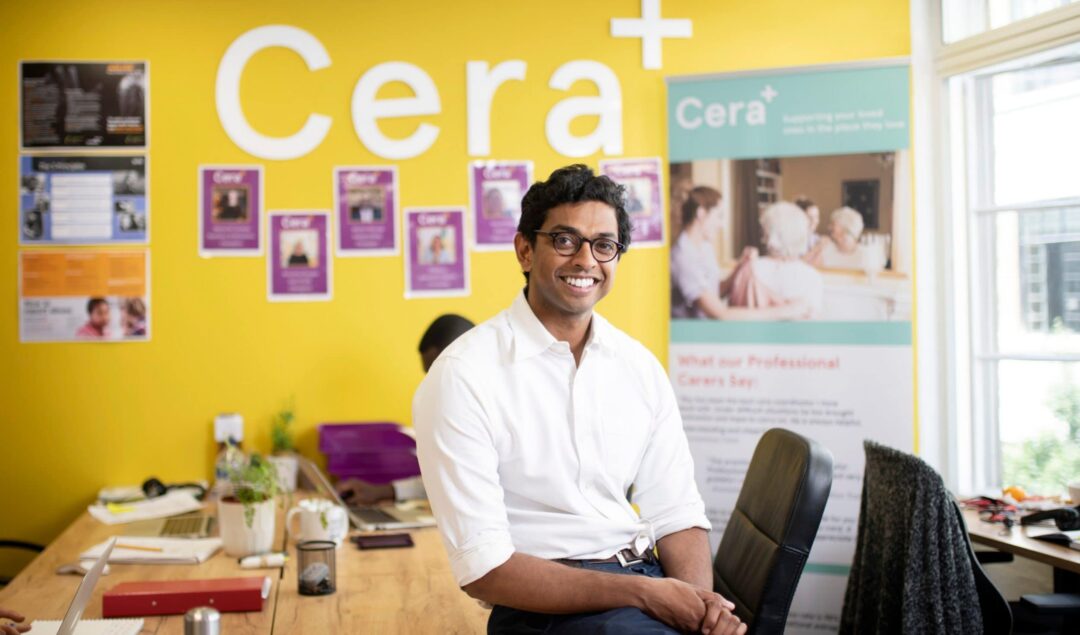 UK-based elderly care platform Cera has raised a £260m round of roughly half equity and half debt to grow the number of patients it supports by 500% and expand overseas.

The round is the second time the startup has raised debt after its previous $70m round — which was also split between debt and equity — in 2020.

What does Cera Care do? Cera helps elderly patients and their carers manage at-home healthcare.

Patients and carers can track symptoms and schedule appointments using its app, and care providers can hire nurses via its largely automated recruiting platform.

The app also analyzes patient data — like toilet trips and eating habits — to flag conditions to medical professionals before they become serious and make sure care is compliant with regulations.

The UK startup sells its platform directly through its branded app, which accounts for the vast majority of its revenue, and licenses the tech to other providers.

He is a British physician, entrepreneur, academic researcher, and health policy specialist. He has advised various organizations, from start-ups to multilateral, including the Swiss government, the Experiment Fund, and the WHO.

Mahiben has a strong interest in research, with over 80 peer-reviewed publications and 50 academic awards. BBC News and the international press have featured his work.

He is Chairman of the UK Medical Students’ Association (UKMSA) and has written three medical books. Mahiben was educated at Oxford, Cambridge, and Harvard universities and was the first person from British healthcare to be included in Forbes’ 30 under 30.

Who is his co-founder Marek Sacha?

Marek Sacha is a Czech-British executive. He is also known as the co-founder of Rohlik.cz and head of XOM Materials. Sacha did his master’s degree from Czech Technical University in Prague.

He did a second masters in 2011 from Johannes Kepler Universität Linz.