By Joshua Ogundu April 8, 2016 in Articles, Founders No Comments

Being the Non-Technical Founder

When I had an idea for an app, I was starting at a deficit. I was an undergraduate economics major with an entire network full of business folks and people pursuing medicine- a computer science student was nowhere to be found. Since I had no idea of where to start looking for possible co-founders, I took a position as the Director of Member Relations of the Entrepreneurship Association at Michigan State University to expand my reach into the greater MSU computer science community. While reaching out on behalf of the entrepreneurship Association and The Hatch, which is Michigan State’s student incubator, I met my first co-founder Yoseph Radding. He would make up for my lack of technical knowledge, and I would bring product and business knowledge to the table. Not too long after we met our third co-founder, Brendan Carlson, through a friend. With this addition, we finally had everything we needed which was business knowledge frontend and backend development and three people who believed in the product’s success.

What I quickly learned is that as a non-technical founder it is not simply enough to get a team together, you also have to get to speak the language of the technical people you are working with. I learned early on when we sat in meetings and went over what features we wanted to implement and how long they would take, that I still had the mindset of a business founder meaning I still thought a process or decision could get changed around or completed in a matter of hours or days. I had to change the way I thought about business and product in general and this took full immersion into what we were doing. Whenever they were talking development, I would sit around and just listen, so that I could pick up bits and pieces to see what I did and did not understand. What I did not know I Googled and researched. The less I tried just to be “The business guy” and the more I tried to learn everything about what we were doing, the more comfortable I felt speaking to them about our product and the direction we were heading toward.

I wanted to become fully immersed so that even if I was not writing the code, I could articulate about the technical aspects of our product. Aspects such as, which programming languages we should use, where we go for our server space, what is more, cost and time efficient for an MVP: IOS, Android or a web app. I even started to try teaching myself Swift, which is Apple’s new programming language. The reasons being so I could better understand development and empathize with my team, not so that one day I can be a world-class software engineer. Attempting to create various products like a Fahrenheit to Celsius calculator and gross salary calculator taught me the extent of my gaps in knowledge. Actively working to fill them has helped me become a better founder and partner.

I also have a few tips to guide you if you find yourself in the same boat I was in when- you know what to build but not necessarily how to build it: 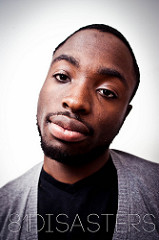 "I am a 2015 graduate of Michigan State University and also the one of the Co-Founders of LykeMe. LykeMe helps you discover people who share the same interests as you and are also in the same phase of life as you within your area. We recently launched on IOS and are currently developing our web app!"