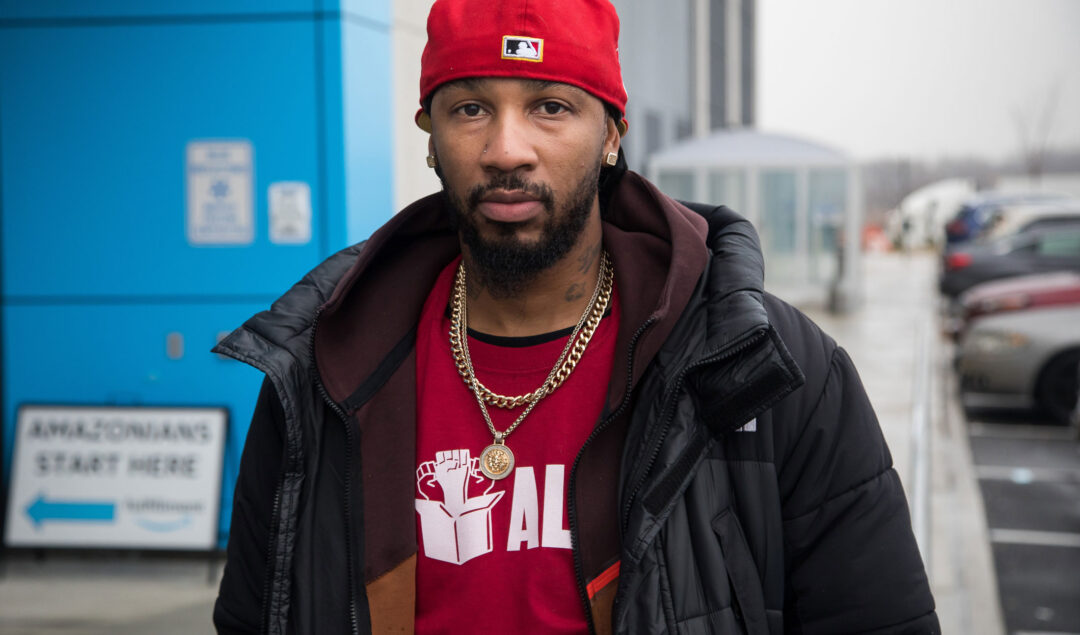 Christian Smalls, primarily recognized as the brains behind the movement to unionize Amazon warehouse workers, was threatened by police in New York.

Smalls, who Amazon infamously fired, led one of the first labor actions of the pandemic in 2020. After being fed up with the company’s unsafe practices, he decided to fight back, which put many workers’ lives at risk.

Earlier this week, workers at the warehouse in New York attempted to join the Amazon Labour Union. While organizing the rally at a fulfillment center bus stop, Smalls was threatened with arrest. Amazon claims the bus stop is part of its private warehouse property, which means protestors will need their permission to set up there.

According to a clip posted by More Perfect Union, police officers were called to the scene after receiving a call from Amazon about workers protesting on private property.

“When Amazon built this facility, they built this shelter. It doesn’t say CDTA on it. It’s not a public-access shelter,” said the local police chief, John Hourigan, in the video.

In conclusion, Smalls and the other organizers left the scene to avoid arrest. Later in the day, Smalls took to Twitter to address the situation, describing the incident as “wasted taxpayers’ dollars.”

US Officials also recently rejected Amazon’s appeal to overturn the Amazon Labor Union victory. A hearing officer who handled Amazon’s appeal of the union’s victory concluded that the company “has not met its burden” to prove that the union, the government, or anyone else “engaged in objectionable conduct affecting the election results.”