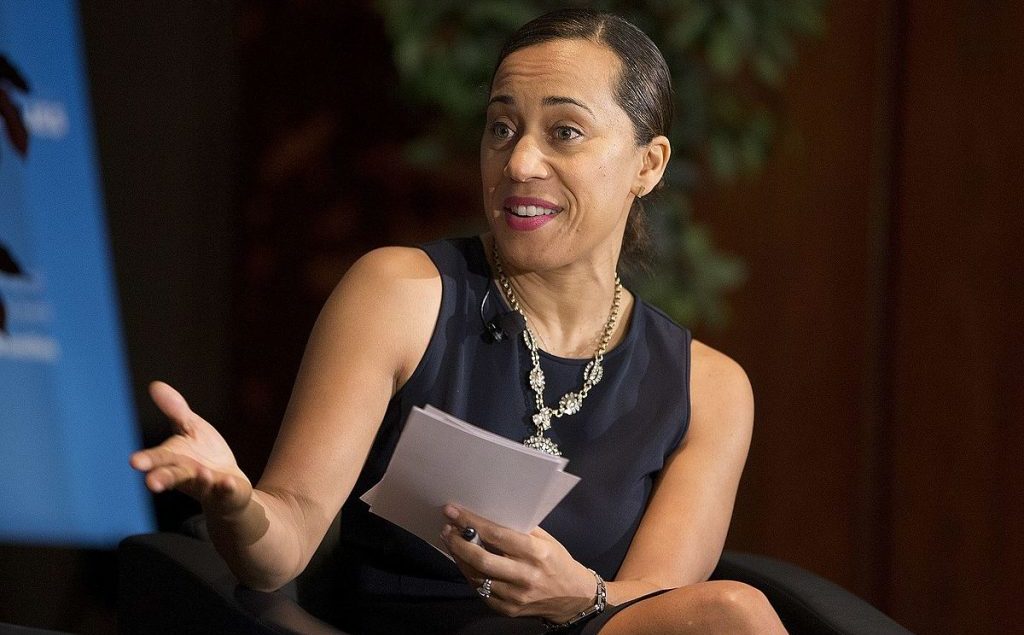 Pinterest appointed Andrea Wishom, president of real estate company Skywalker Holdings and former Harpo Studios executive, to its board of directors back in August.

The appointment made her Pinterest’s first Black board member and third female board member.

Wishom’s appointment came following months of meetings with other potential candidates, Pinterest CEO Ben Silbermann said in a statement at the time. He said Wishom stood out for several reasons.

“She’s an expert in creating positive and inspirational content for global audiences and a passionate advocate for building a company culture of respect, integrity, inclusion, and support — areas in which we must innovate and improve,” Silbermann said.

Let’s break down what we know about the new board member who started her new gig not too long ago!

Wishom has a strong background in operations management, particularly in overseeing the efficient running of complex media enterprises, according to Tech next. From 2000 when she joined Harpo Productions, she became a part of Oprah Winfrey’s team and rose through the ranks. From producer, she took on the role of Supervising Producer.

Some of the programs that highlighted her 22 years of working with Harpo Productions include “Oprah’s Farewell at The United Center,” “President Barack and Michelle Obama,” and “The Legends Ball” (2005).

She moved through Oprah’s enterprise and became the executive vice president of programming, production, and development when Oprah launched her cable network in 2011.

There, she developed and launched the cable network’s highest-rated show, “Oprah’s Next Chapter.” In addition, she occupied the role of vice president for four years.

Pinterest is planning to expand into content and media, and someone with the skills and experience of Wishom is pivotal to achieving that goal.

There was also a campaign started by staff at the company where employees demanded change on representation, diversity, and inclusion. The petition signed by the employee is still live.

They asked for: Full transparency about promotion levels and retention metrics of all worker groups at Pinterest. For example, underrepresented minorities are often under-leveled individuals and prone to leaving, resulting in a leaky pipeline where Pinterest loses out on top talent.

Transparency will provide all workers with the information we need to pursue career growth opportunities within the company.

Total compensation package transparency of everyone who works at Pinterest. We want people to be able to advocate for equal pay.

A working environment of 25% women and 8% underrepresented minorities within two layers of reporting to the CEO.

Transparency and commitment to a diversity goal for the third layer reporting to the CEO. Hiring and promoting qualified candidates until every internal organization meets these diversity metrics.

Pinterest will be working on resolving its internal issues and business expansion plans with Andrea Wishom.

In a statement, she said:

“I want to thank the entire Pinterest board for this opportunity. In this unprecedented moment in time, I’m excited to join the board of a global company that has provided exploration and inspiration to so many, including myself. I’ve been a Pinner since 2011, and having a one-of-a-kind platform that helps us achieve our goals and dreams is needed now more than ever.

I’ve spent my entire career inspired to take on challenges both creatively and culturally. I’m particularly interested in Pinterest’s expansion into content and media. I’m equally interested in Ben’s vision of having a new type of conversation between employees and the board itself.

Part of meeting this moment is looking outside the expected and bringing different perspectives to the table. There are real challenges to address, and that responsibility is not lost on me. I’m committed to listening and sharing my perspective and providing guidance as Pinterest continues to make positive strides forward.”