By Abbianca Makoni March 2, 2022 in Business, Main Comments Off on The Rise And Fall Of Jesse Binga: The Founder And Titan Of Banking In The Early 20th Century

The Rise And Fall Of Jesse Binga: The Founder And Titan Of Banking In The Early 20th Century 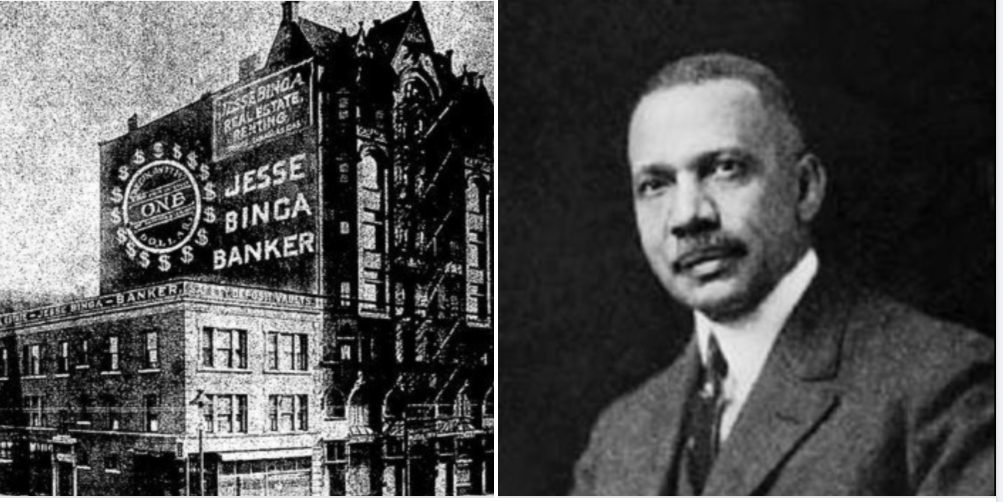 Binga founded the Binga State bank in 1908 in Chicago and it was one of two pre-eminent Black-owned financial institutions in the US until its collapse during the Great Depression.

Born in Detroit in 1865, Binga established himself in Chicago first as a real estate broker during the Great Migration. He was able to buy homes at a cheap price from white locals fleeing their neighborhoods in the wake of Black Americans moving in from the South.

After buying the homes – he was able to fix them up himself and sold them to Black families.

But he soon realized that his Black clients could not get loans from white banks, so Binga chartered a bank himself.

“Just as discrimination and white flight led to his real estate success, he turned the white banks’ refusal to lend to his real estate clients into another source of profit,” Mehrsa Baradaran, who writes about Binga in her 2017 book “The Color of Money: Black Banks and the Racial Wealth Gap wrote.

At the height of its success, Binga’s bank was “consistently more capitalized” than its white counterparts and seen as “a model of sound banking,” she added. But the truth is that success didn’t come easy because Binga’s home, in a white neighborhood, was bombed seven times.

Back then, before the Federal Reserve or the FDIC, Binga and other Chicago bankers paid for memberships in the Chicago Clearinghouse, a cooperative of bankers who provided funds to ensure members had access to liquidity in a crisis.

That was Binga’s downfall, according to Don Hayner, the author of “Binga: The Rise and Fall of Chicago’s First Black Banker.” When the Depression hit, he turned to the Clearinghouse — where he’d paid dues for more than a decade. They didn’t even acknowledge he was a member, Hayner said.

The bank closed in 1930 and Binga’s customers, including many prominent Black Chicagoans, lost most of their money. All the other Clearinghouse members made it through the Depression, Baradaran notes.

Binga would later be sent to jail on trumped-up embezzlement charges that a white bank owner would never have faced. He was eventually pardoned and died in 1950.