By Abbianca Makoni June 18, 2022 in Break into Tech, Crypto, Engineers, Main Comments Off on Software Engineer Justin Samuels Wants To Make Atlanta “A True Power Player” In The World Of Technology 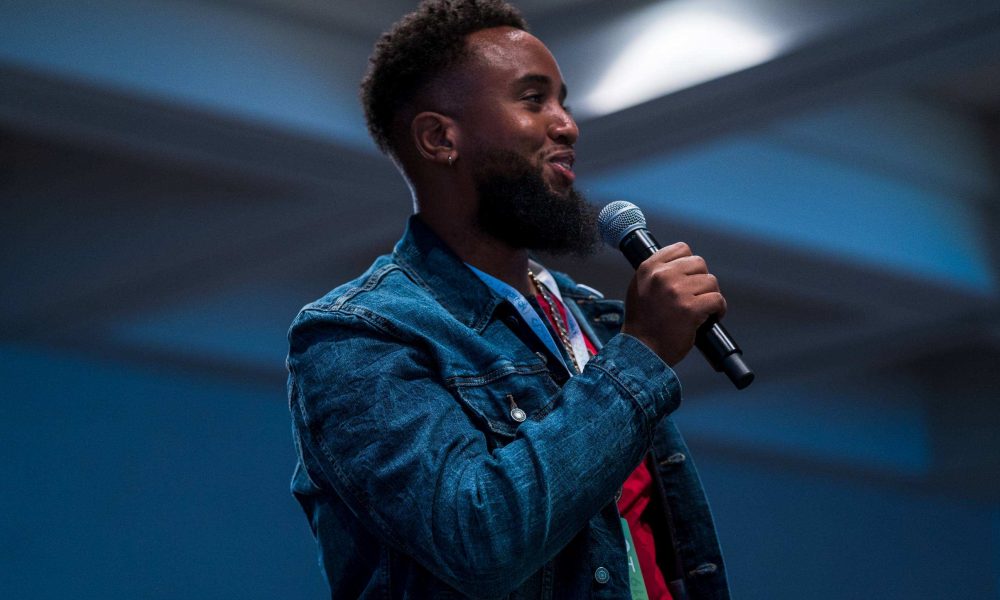 Justin Samuels, the CEO of Render Atlanta and qualified engineer, is on a mission to build on that influence by making Atlanta a true power player in the world of technology, essentially blending software engineering with culture.

What does his company Render Atlanta do? It’s a software engineering experience; where tech meets culture, inclusion, and accessibility.

According to census data, the city is 52 percent black, but many venture capitalists here are white men and tend to fund companies they find relatable.

Jewel Burks Solomon co-founded visual-recognition tech startup Partpic in 2013, and sold it to Amazon for an undisclosed sum in 2016. But of the $2 million she and her co-founders raised, only $25,000 of it came from local sources.

Burks Solomon is part of a new generation of Atlanta’s black entrepreneurs in their 20s and 30s who are succeeding partly because they’re finding ways around the venture capital issue.

But Samuels wants to see how change can be made in Atlanta so founders don’t have to search elsewhere for support.

In an exclusive interview with Revolt, he spoke candidly about what it means to be a CEO and his plans for the future.

Asked how he partners with brands – he said: “So all the brands are always involved because they understand that there’s a pipeline problem that needs to be addressed. They have jobs, openings, and seats in data that they don’t want to fill with just anybody.

“They want to fill these roles with diverse talent because they understand that it’ll be a win from an overall organizational culture point of view while impacting and making the product better. From a dollar’s perspective as well because if they’re able to invest in a young Black man or a young Black lady, that will go far for their demographics.

“We partner with them to help get the talent through the door, sourcing them so they can get recruiters in their HR departments to then make those job offers.”

“The ultimate goal is that we make Atlanta a true engineering powerhouse — to be respected as a whole. When I began the conference, I’d travel to Cali and there were people who’d say, ‘There is no such thing as Black tech.’ And I was like, ‘Well, have you ever heard of the magical city of Atlanta?’ There’s a majority Black population, and there are countless engineering schools. I mean, Georgia Tech is a top-three engineering school across everything. I was told to build it and we’ll come. And we have now built it.

“I’m happy to say that all the major tech brands came out this year because they truly are committed to this. I know for ATL to get the true respect that it deserves as a tech power player with companies here such as MailChimp, Calendly, Honeywell to Home Depot — the list goes on — we need to have an engineering or tech conference that draws over 1000 people.

“That in time will then get on every major company’s radar — Google, Netflix, Dropbox and more, which now we’ve all worked with. Eventually, they’ll say, ‘Hey, we should probably open an office there, we should probably build there. How about we pour economic dollars in because the ROI is going to be high.’ That helps elevate the entire city as a whole.”