By Abbianca Makoni March 18, 2022 in Break into Tech, Main Comments Off on She Came Out Of College During The Recession, Now She’s The Director Of Engineering At A Startup Valued At $3.3B

She Came Out Of College During The Recession, Now She’s The Director Of Engineering At A Startup Valued At $3.3B 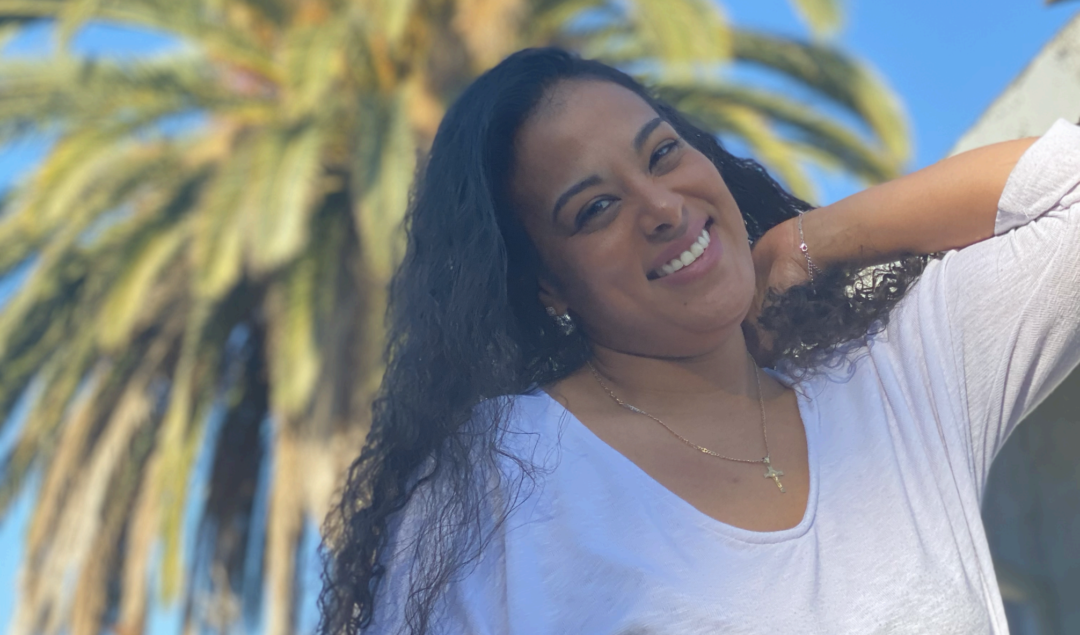 Vanessa Anderson is a director of engineering for product teams at Komodo Health. In the following interview, you will learn how she got into tech and obtained her first job as a software engineer without a Master’s degree, before eventually being offered a key position in a health tech startup valued at $3.3 billion.

Hi Vanessa, What Do You Do at Komodo?

I just transitioned out of a senior DevOps role where I was the tech lead of the infrastructure team. I now manage teams of engineers as a director of engineering. One team is responsible for building all of our APIs that are used and shared across all of our products. Another one is a product team working on an analytics platform for healthcare.

Can You Tell Me About Your Career Journey to Komodo Health?

I got introduced to computers from a young age: my dad was a software engineer.

I quickly developed an interest in the field and decided to take a programming course in high school. I was pretty bad at first. It was so frustrating, but I promised myself that I was going to take another programming class and do better.

I did and ended up graduating with a bachelor’s degree in computer engineering from the University of Pittsburgh. I had so much fun, writing code brings me such satisfaction. I love puzzles and it just felt like I was creating and solving problems at the same time. If I could do this for work, I told myself, it would be awesome. And so Computer Engineering felt like a natural fit.

I came out of college during the recession, so I had a hard time finding a junior role. I took a job at Teach For America as an administrative assistant and stayed there for a year. That’s when I met a UI/UX designer who introduced me to technology teams.

She came across my experience and found out what I had learned at school and what I was capable of, so she started delegating some simple coding tasks to me like translating a Photoshop wireframe into HTML & CSS.

I thought I needed to go back to school to get a master’s degree and do the interview later to get into the software engineering team, but she reassured me and pushed me to apply straight away. I basically just let my work speak for itself.

I moved into a junior software engineer role for about three months as a trial run, and then I obtained a full-time software engineering position. It was a really great experience and I’m really thankful to that company for getting me into the field. In my next opportunity, I became a lead software engineer on a big data team, building their internal analytics for sales and ads that they run across different publications.

After a few years, I decided it was time to look for my next challenge and I decided to settle in California and join Komodo Health as a senior DevOps engineer. I’ve been there for a couple of years now and was promoted to a director position 6 months ago.

Why did you feel compelled to take on an admin assistant role?

I graduated in 2009 when the country was in a recession. There weren’t a lot of job openings as some companies were going out of business or just struggling to keep employees on the payroll.

The only jobs I had through high school were being a receptionist or an admin, so I was just building on the experience I had. I was worried I wouldn’t get to use my degree and that I wasn’t actually talented or knowledgeable enough to be in the field, but I needed to make a living, and Teach For America had a great mission that resonated with me.

The journey to getting into engineering is often a lonely one, especially if you’re a woman of color. All of my teachers were older, white men. Every woman that entered my computer engineering program left, and I ended up graduating as the only black woman in the cohort.

I had a couple of friends who also identified as black, and the three of us took a graduation picture together in the middle of everybody because we wanted people to see us.

Being in that program and feeling underappreciated affected me, for sure. Since then it’s always been a mission of mine to increase diversity in tech―to let people of color know that these jobs are available, that they pay well, and that we are all capable of doing them―so I joined Teach for America.

Why did you decide to pursue a master degree six years later?

I felt like I was hitting a ceiling after working a few years as an engineer. I was working for a big company, where I felt very isolated and didn’t have a lot of people of color working with me. I was leading a team, I had direct reports, but I was not being considered for promotion for some reason while others were. I was thinking maybe I need additional education to drive my career forward, so a Master’s degree made sense to push me to the next level.

I started at a local college in New Jersey, then joined the second cohort of Georgia Tech’s online Masters in Computer Science program. It really pushed me technically, some of the hardest courses I’ve ever taken in my life for sure, but I felt like I learned so much. That’s where I got exposed to artificial intelligence, data analytics, and healthcare tech―which had a big part in driving me towards Komodo Health.

Even after obtaining my master’s, my manager still wasn’t supportive of my career trajectory. I just felt like there was some kind of unconscious bias going on that I couldn’t put my finger on. And so I think that’s really what drove me to eventually leave because I didn’t want to be stagnant. After all, being in the tech industry, it’s always about growth, getting to the next level, and solving more difficult problems.

How did you stumble upon your current position?

A recruiter reached out to me after I had moved to California to get into the startup space. I found it interesting to get into Komodo Health and do more mission-driven work―the sort of feeling that Teach For America gave me where the work you’re doing has a purpose and is helping people.

What kind of initiative is Komodo offering for people of color?

Joining a startup was great: it afforded me a lot of autonomy and growth opportunities. You get to cross collaborate with not only people inside your team but across the entire company.

I recommended people for roles, but more recently I just got approved for launching what we call an affinity group―a community celebrating Black Culture. We’re reaching out and trying to recruit people of color to bring them into the company and improve the visibility of the people of color at the company. I’m really excited to get that group started because I see it as an opportunity to improve our diversity and inclusion at Komodo.

What kind of support did you find invaluable throughout your career?

Having someone that could relate to the struggle of trying to get a job in the tech industry. And also finding people that can mentor and guide you, telling you the mistakes or traps that they fell into and helping you avoid them. Without finding one or two people to guide me, I don’t think I’d be where I am today.