By Abbianca Makoni May 12, 2022 in Break into Tech, Founders, Fundraising, Main, Startup Comments Off on Raising a $2.3M Seed Round — After Being Rejected by YC 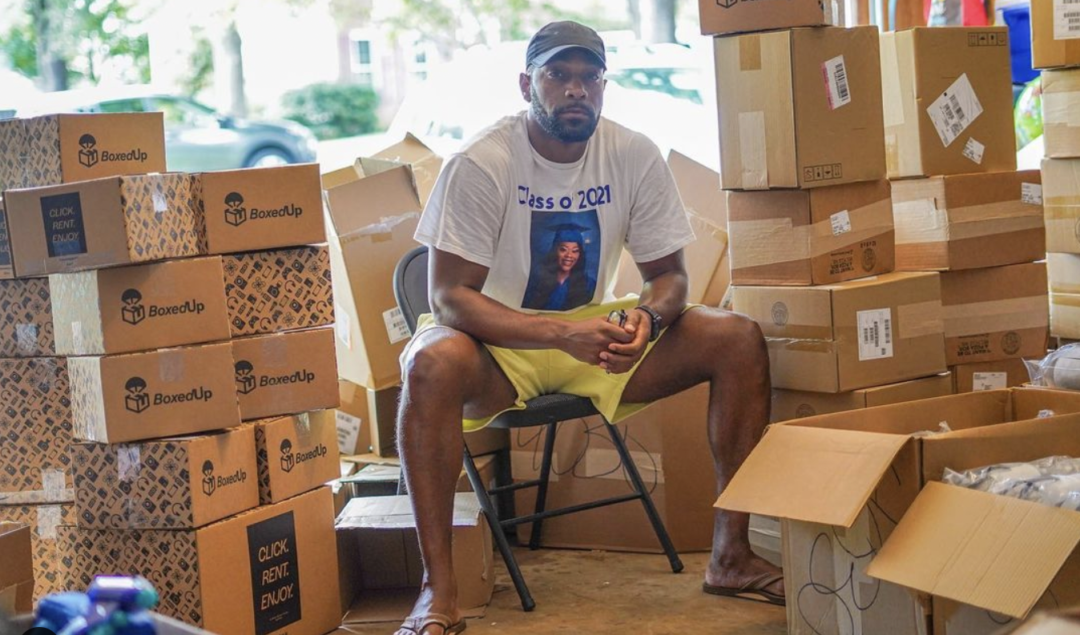 Donald Boone, CEO of BoxedUp, an equipment rental company, started the company back in 2019. He would spend hours and even days packaging orders himself with dozens of equipment lying around his family home.

Now he runs a three-person company that’s got $2.3M in funding.

The 30-something-year-old Maryland native had the realization that in order to make an impact on his community- he needed to find a way to pursue entrepreneurship full time.

After a corporate career in engineering, a failed startup, and a career at Amazon, he’s found a way to make his dream a reality through his company, BoxedUp.

When previously asked what makes his company stand out, he said: “BoxedUp is much bigger than me or our brand. It’s really about empowering everyone to earn money on our platform. Today, we allow anyone to list anything they want on our platform, and we leverage the power of our marketplace to connect them with customers who have a need for their product. Whether that person is down the street or across the country, BoxedUp can connect them.

“Today, we have multiple equipment owners who rent products on BoxedUp and earn more profit doing that, than they would managing a rental property. That’s powerful.”

This same uniqueness has landed the brand $2.3M in funding

But the journey hasn’t always been easy.

The first line of the email said: “Hi Donald, unfortunately, we’ve decided not to fund BoxedUp this batch.”

At the time – BoxedUp was a little over two years old and after experiencing a boom in demand for its services during the COVID surge, Donald, unfortunately, felt he had little to show for it.

Two of his credit cards were completely maxed out and with just over $5,000 left to spend on the third one.

The majority of his salary at Amazon was also going towards BoxedUp.

Speaking openly about his journey, Donald wrote on his medium: “After that day, I stopped pitching investors and went back to the drawing board to determine what I needed to change about BoxedUp. How could I make us a “no-brainer” for venture capitalists (VCs) and accelerators? Well, that turned out to be one of my first mistakes. There’s no such thing.

“There’s this fallacy among outsiders that VCs are “risk takers.” In fact, it’s quite the opposite. Nearly every step on the path to invest in a company is actually set up to de-risk their investment. Traction, momentum, other participating VCs, etc., are all pattern-matching mechanisms to help quickly compare your startup to other companies and teams similar to yours that happened to find success.

“VCs try to protect themselves and will also use the time during your pitch to determine how fast your company is growing, the likelihood you can successfully raise your next round, or a subjective measurement of your ability to generate an adequate amount of FOMO (fear of missing out) amongst other VCs in the space.”

He had more than 100 investors who ignored his emails, went cold after the first sync, or eventually told him no.

Every now and then, he’d look back on the 2021 compensation review that he received just prior to leaving: $345,000, and wonder if he made a mistake leaving his job to work on his startup full time.

After some struggle – he received an email from a former colleague who was interested in leaving his job to help Donald out and slowly his team grew.

Then the next break came. After winning a $20k pitch competition, Google’s “Black Founders Fund” selected the duo to join their second cohort. $100k in the bank!

The “no’s” were still happening but they no longer felt make or break, he said.

He went on to say in his medium post: “A few weeks later and Biagio and I were in Seattle, pitching another Amazonian who liked our idea. Shortly after drinks at Sam’s, he agreed to become our CTO. It was happening!

“The hard work was paying off! Then our largest break yet, “If you move forward with the Seed… we’d like to invest $500k.” After that commitment, our second commitment would come just days later. This time, a $1 million dollar commitment and from that point we were rolling.”

The hard work truly paid off after three years and it goes to show resistance is key.

How This College Drop-Out Turned $150 Into A $2.5M Media Company In Just Three Years