By Abbianca Makoni March 31, 2022 in Break into Tech, Interviews, Main, Security, Startups Comments Off on Interview: The Woman Helping Thousands Of Ethnic Minority Women Get Into Cybersecurity All While Running An NFT Platform

Interview: The Woman Helping Thousands Of Ethnic Minority Women Get Into Cybersecurity All While Running An NFT Platform 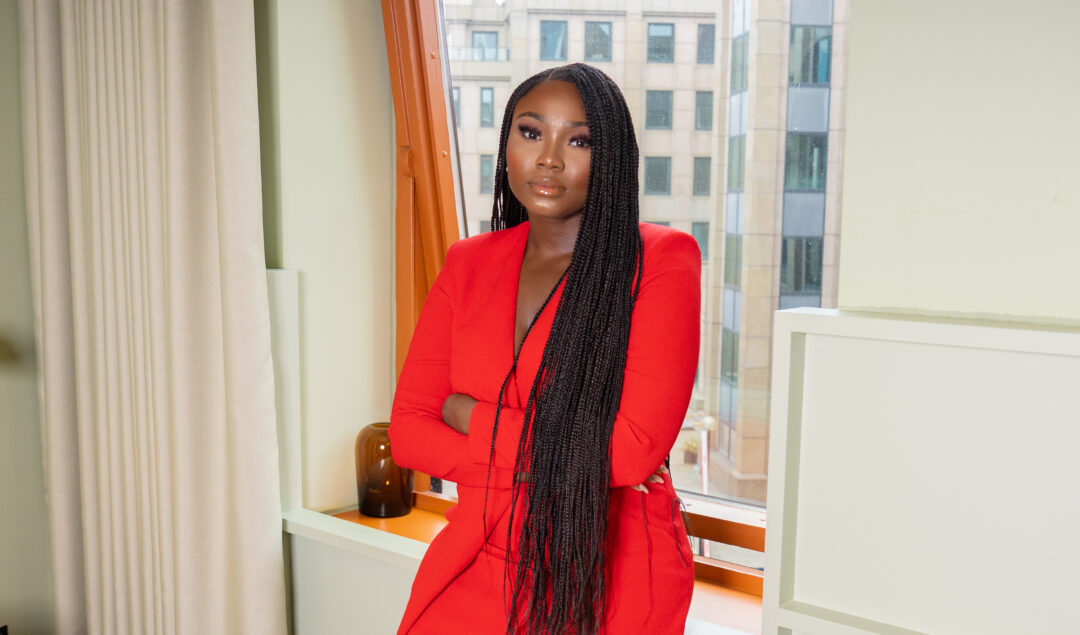 Founder and CEO at Seidea CIC, a career development platform with a social mission to diversify the cybersecurity industry, Stephanie Itimit sat down with us to discuss building a thriving organization, finding the right co-founder, initially balancing her mission with a 9 to 5, and more.

The goal for Seidea is to break down barriers for Black and Minority Ethnic women and help them start their cybersecurity careers through cyber career programs and industry events. Itimit and her team also work with employers to develop virtual internships, strengthen their employee networks and achieve their Diversity and Inclusion goals.

But that’s not all the CEO does – she also co-founded NFTSec, a platform for NFT security research and education.

Her diverse policy and consultative experience with the UK Home Office, BBC Africa, Essex County Council, UN Women, and the European Commission has played a significant role in developing and manufacturing high-profile initiatives in Slovakia, Morocco, the UK, and several West and East African nations.

Okay so the question we always want to ask everyone is did you always know this would be the path for you?

I would say yes and no. I think when I was young, I wanted to be an inventor but I didn’t know it would be in this way. My dad used to do these things with me where I would take apart old TVs and household appliances just to see how they work. But when I did A levels, I realized that I wasn’t a fan of physics and maths but I knew I still wanted to help people with my inventions – so I decided to do economics instead and that’s kind of how I fell into the business side of things.

What was the ‘thing’ that pushed you to build Seidea because economics is quite a long way from cybersecurity?

So I did a lot of charity work and worked with NGOs and I’ve always had a passion for helping people but I think with Seidea, it was a combination of things – so first it was that I had fallen into cybersecurity in an unconventional way because in my first year of uni, I did an internship at the BBC and they were focusing on issues like disinformation on WhatsApp groups, and that kind of made me fall into cyber security.

My first actual role was in legal strategy at the Home Office with their graduate policy scheme and I was looking at the implications of moving from paper to online forms and then that also led me to look at data protection. It was in my second role, which was more in cyber intelligence, that I realized number one, I was the only woman in my team for about six months and in my department, I was the only black person.

I eventually realized a lot of women that wanted to get into my field were being blocked because they didn’t have Microsoft Excel skills. So in my church and my local library, I started doing open classes and it just grew from there. It made sense to start Seidea because I was already seeing a lack of diversity and hearing women complaining.

What are some milestones you’ve had at Seida that make you feel proud?

So I think one of the proudest moments is when we had our first in-person events, post-COVID, and it’s just hearing the stories of women in the industry and kind of creating a community for them that makes me proud to be of service to them. But also we’ve been able to put 24 women through a tech hacking virtual internship and a lot of them now work for the likes of BT and Sky.

We also have a four-year program that we’ve just finished, where we’re teaching young girls coding and cyber safety.

How we’ve kind of worked with it as friends is that we have vested our shares – so we all have targets to meet for us to earn our shares. But we’ve also considered what a good exit or a bad exit is and if certain issues arise, how would we legally solve those issues?

We’ve also kind of legally protected ourselves and having those difficult conversations, where everyone feels like they have to earn their shares.

Why was it necessary for you to launch NFTSec?

There have been so many cybersecurity challenges, especially when it comes to platforms. What we are trying to do is we’re creating a security platform that allows us to share the experiences of customers and rate each platform that they use. But we’re also creating a security product for marketplaces and businesses – so they’re able to understand, okay, this is what my community thinks of me and this is also where my security issues lie.

So we will also be doing security testing that will actually benefit different platforms, and allow marketplaces or other adjacent platforms like discord and Twitter to understand the role in which they play in the NFT space. NFTSec will be the central place for knowledge where people can register issues regarding their data and IT attacks.