By Abbianca Makoni March 28, 2022 in Break into Tech, Education, Main Comments Off on How These Black STEM Students Are Keeping Philadelphia’s School Technology Intact 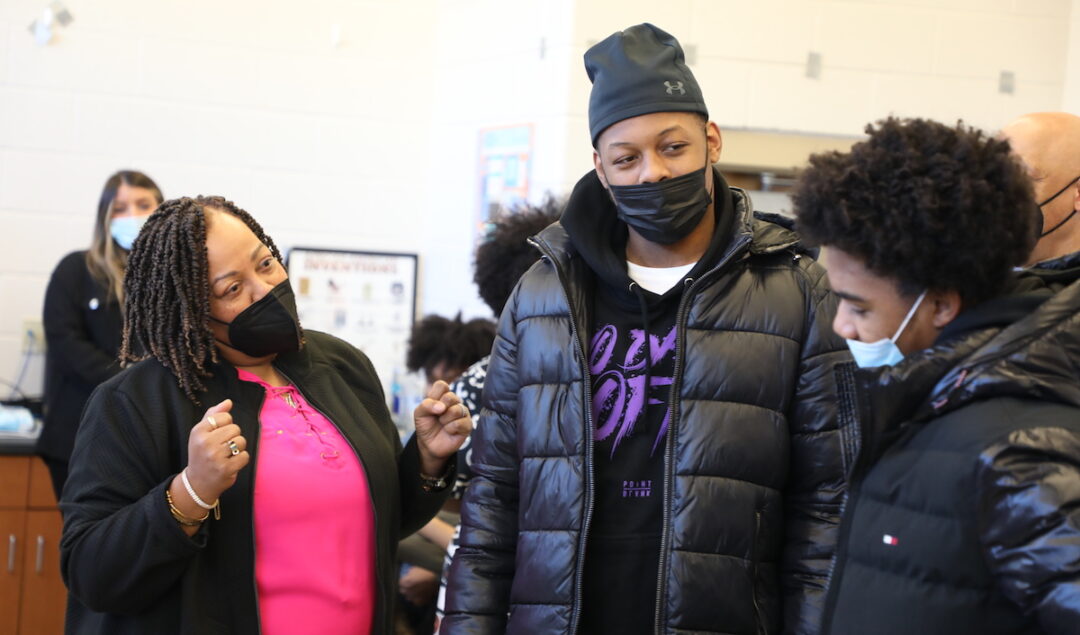 Since the start of the pandemic, the School District of Philadelphia has worked on getting students connected to broadband internet at home and making sure they have the right devices that will help them learn.

Back in April 2020, it rolled out a program to get Chromebooks into the hands of more than 117,000 students via the Fund for the School District of Philadelphia and more than $7 million in donations.

But with the distribution of thousands of devices comes the need for routine repairs and troubleshooting and that’s where one West Philadelphia High School class stepped in.

The high school is one of three in the district that have a computer systems networking program as part of its career and technical education. Students in the 10th to 12th grade learn the design, implementation and management of linked computers, peripherals and associated software, and get comfortable with the devices.

The class now service – repair – computers within its school system, but also computers throughout the district so that students don’t have to use broken or virus infested computers

Marie Wilkins-Walker leads the class, which recently incorporated a Chromebook repair shop, and has helped students see a future in tech.

Sophomore Nyeem Shubert hadn’t been considering a tech career until administrators put the CTE class on his schedule. But he’s since been learning how to do repairs, and became the screen repair lead recently, reported Technicaly.

A district spokeswoman says since the pandemic started, its district-wide repair centers have fixed more than 30,000 devices each school year, and West Philadelphia High School is repairing an additional 60 Chromebook devices per week. Currently, the school dedicates 180- 270 minutes a week of class time repairing Chromebooks.