By Abbianca Makoni May 9, 2022 in Break into Tech, Founders, Fundraising Comments Off on His Business Made 6 Figures In Sales In A Week After Viral TikToks – Here’s How 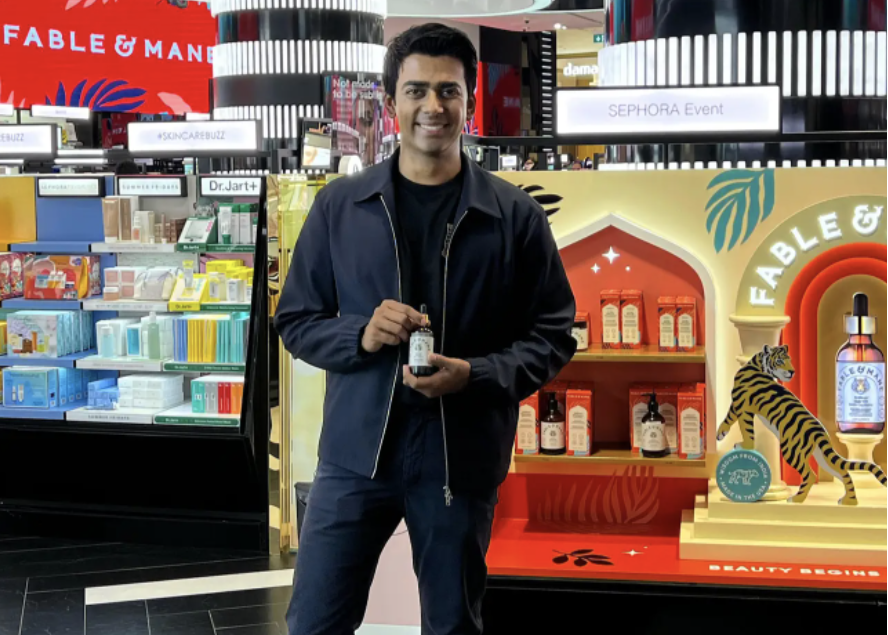 Akash Mehta is a 28-year-old entrepreneur and influencer who recently made it onto Forbes’ ’30 under 30’ list in media and marketing. A digital expert, he has harnessed the power of social media to quickly build Fable & Mane, the haircare and wellness business of which he is the founder and CEO.

Mehta left his job as a global digital manager at Dior to start his own haircare brand and now Fable and Mane have sold six figures’ worth of products in a week following viral TikTok posts.

Mehta, who previously worked at Dior since 2017, said working there taught him about being a good manager. But the inspiration for starting his own brand actually stemmed from his childhood.

“The idea for Fable and Mane came from my childhood. When my grandma visited India, she would make a unique hair oil in the kitchen and massage it in my and my sister’s hair at night — a traditional Indian ritual. While doing this, she’d read us stories, and that’s where the name originated from.

“In 2017 my sister became stressed during her full-time work and started losing her hair, so we tried to find a hair oil to treat this. We couldn’t use my grandma’s recipe because it smelt a lot. So we began searching cosmetic stores to see if they had a nice-smelling hair oil, but we found nothing,” he told Insider.

In 2019, he realized this was an “untapped market” and started the brand with his sister, who is the creative director.

His first steps, which included getting help from his mentor, was creating a brand book, a document that sets out the brand identity, using freelancers and local designers.

This cost them a couple of thousand pounds, which they used from their savings and money from their father — including the cost of the logo and design.

Before their first pitch, Mehta began acquiring domains and social-media handles to secure the brand name.

He said: “During this time, I reached out to Sephora in January 2019 to present the idea to see if there was interest. We didn’t even have a website.

“They emailed my sister and me with an invitation to San Francisco to pitch the idea. Sephora loved it and told us to come back with samples. We crafted a lineup through extensive research in Ayurvedic methods for our products for the following eight months. I designed the website after because I have experience coding. That cost 15,000 pounds,” he told Insider.

But his sister found running the business hard and ask him to go full-time.

And that’s what he did.

The company officially launched in April 2020. It was a hard time to launch because of the pandemic, he said and it put a temporary end to their planned market visits and touring around the USA to see the products in the Sephora stores.

They now have since acquired a large following on TikTok, at 52,000 followers, and Instagram, at 107,000 followers. They teach about hair oils, Indian head massages, and the hair cycle on these channels.

“We’ve had viral TikTok moments — both on our own account and from other people using our products — after which we’ve made six figures of sales in a week. We sold out. It was exciting but stressful,” he added.

This Techie Made $166,000 In A Year With An Online UX Design Academy After Being Fired – Here's How