By Abbianca Makoni March 15, 2022 in Break into Tech, Gaming, Main Comments Off on From An Eight-Year-Old Obsessed With Gaming To Working For A Leading Company Creating ‘Breathtaking’ Video Games For Doctors 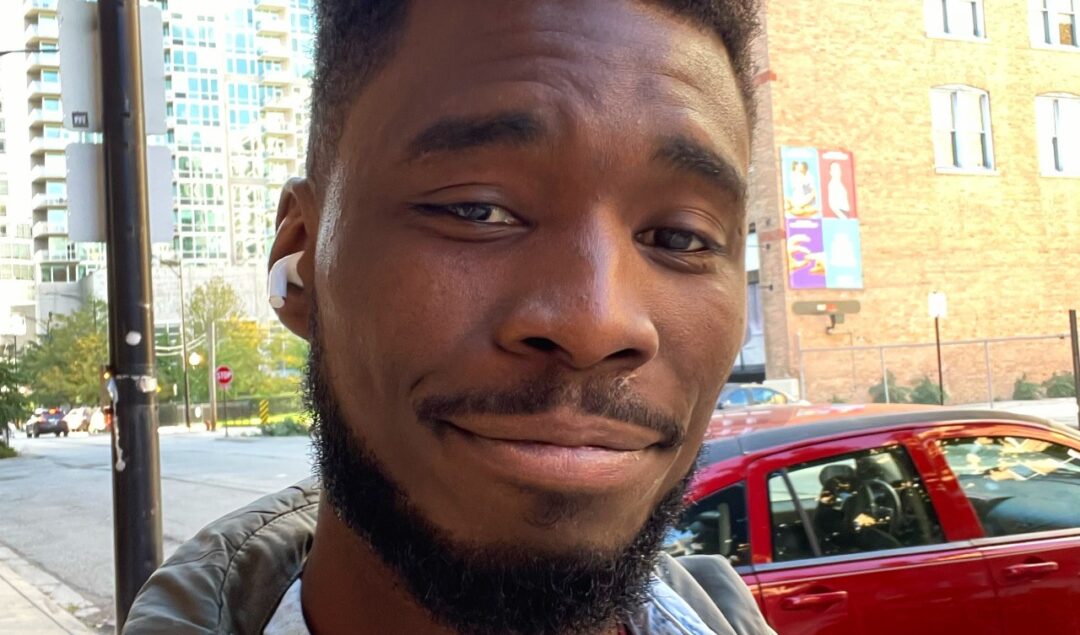 Todday Gaither has been working at Level Ex for 5 years—first as a Quality Assurance Tester and now as an Assistant Production Manager. The company focuses on creating video games for doctors that capture the challenges of practicing medicine: from puzzling diagnoses to rare surgical complications. Todday thanks his grandmother for pushing him to move to Chicago to pursue a career in technology.

In this article, he tells us how he got into tech as an eager child who spent most of his time on his consoles and how Level Ex helped him thrive in his career with good management practices and employee resource groups.

Kindly introduce yourself and what you do at Level Ex.

My name is Todday Gaither. I was born in Little Rock, but I’ve been living in Chicago for nine years now. At Level Ex, I’m an Assistant Production Manager. My job is pretty much focused on sending out reports to the production team—which includes staffing and capacity reports—reporting to the finance team, managing time entries, and updating projects’ statuses.

Tell me about your career trajectory and your journey to Level Ex.

I was always fascinated with working on video games from start to finish, but in order for me to stay motivated, I had to do a bunch of activities, like hosting video game tournaments, and it kind of paid off because I started getting noticed. It all started at the Hyatt Hotel when I was running a video game tournament for “I Play Games” (IPG), and this lovely guy, Warren Wilkes from NetherRealm showed up, and he was congratulating us on what IPG had achieved. When he turned around, I saw that the back of his shirt said QA Manager. I was like, right, that’s the move I need to make if I want to level up.

So I talked to him right away, and I got his contact information, and a couple of months later, I ended up working on Mortal Kombat X as a Quality Assurance Tester. At that time I was thinking, “Okay this is kind of crazy because I was really young thinking I don’t know if this will ever happen. But it happened.”

I was there for a year and three months working on Mortal Kombat X and Immortals the mobile game, and at some point, it led me to work at Level Ex.

What’s your experience in being a person of color in tech and at Level Ex?

My experiences were a little bit mixed in the sense that I was coming from a different environment as an extrovert, and there was a culture barrier. I’m always talking and very sociable, but the industry wasn’t really like that. So, code-switching came into play. It was too hard for me to have conversations with team members who only talked about topics I knew nothing about. It was hard at first because as a Black person growing up in poverty, we didn’t have access to that information in almost all schools.

Another thing is—the people who I met in the industry, who were also people of color, were of much higher status, and it was so hard to learn from their experience because of so many barriers. However, it did come to the point where I did end up meeting some people who, I would say, definitely made things a lot less stressful.

But at Level Ex, this company has been great to me—not just me but everyone. Especially POC and LGBTQ. Fun fact, Level Ex celebrates Pride and Juneteenth year round. It was my first time seeing this happen at a gaming studio. We care internally and externally.

What kind of support did you find valuable in advancing in your career?

I got a lot of tough love from people who have been in the industry already. One example is Tyrus Goshay; he was my professor and the game design program chair. He had some very good insights on what it’s like to be in the industry, especially as a Black man. He told me the ugly truth, and I know I needed it back in college. The other person I don’t want to forget to mention is my grandmother. She was the one that really pushed me because I really wanted to work in tech, and she kind of saw that from a young age and saw that potential.

What are your tips for POC getting into the tech industry?

It doesn’t hurt to ask questions. No one fails from asking—you succeed. I would say my curiosity led me to eventually work at Level Ex. It was because I was driven by the fact that everyone around me was so passionate. If you want to get into tech, open up a Windows tab (Gamedeveloper.com, Polycount, Reddit), and reach out to people in the industry.

Ask questions, get to know them, etc. Obviously not during office hours, but you’ll be surprised who will respond to you. Start researching on your phone, save some articles. Surround yourself with the things you love. You just have to take a chance. That’s what I did with Level Ex, and now I went from being QA to an Assistant Production Manager. Lastly, don’t be afraid to use your voice. It’s one of the most powerful tools in the world.