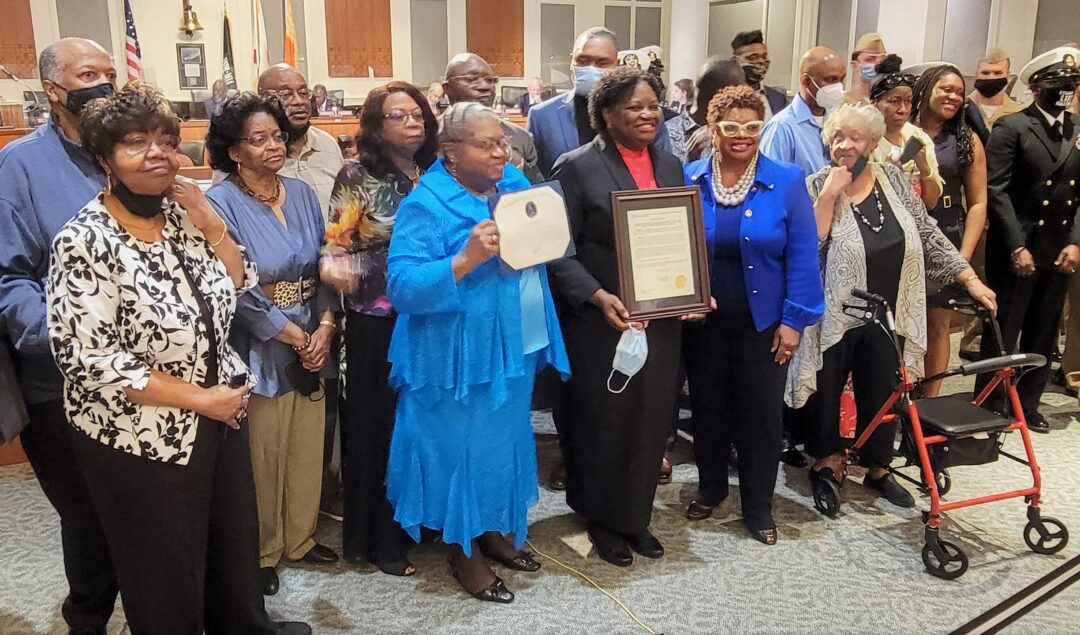 He trained for that dangerous career in Florida in the late 1950s, going on to serve aboard multiple warships and with the nation’s leaders until his death in 1971.

The U.S. Navy’s Explosive Ordnance Disposal Division was founded in 1941 by Lt. Cmdr. Draper Kauffman after Japan bombed Pearl Harbor, according to the Navy.

Byrd joined the Navy in 1947 and served on a number of ships before graduating from the Deep Sea Diving School in 1955, then assigned to the USS Petrel as a first-class diver.

He attended the Naval Underwater Swimmer School in Key West in 1957 and was the first Black man to complete explosive ordnance disposal training.

The school is now in Panama City, with about 1,200 students from the Navy, Coast Guard, Marines and Air Force training there annually, the Navy said.

Graduating in 1958 from Naval School of Explosive Ordnance Disposal in Maryland, he continued to serve at sea aboard the aircraft carriers USS Randolph and USS Independence.

Conner said she was so grateful for the City Council’s actions honoring her father, who died when she was 13. She called him a true “Sea Daddy,” teaching the ropes to new sailors all the time.

“Thank you so much because it means the world to me and my family,” Conner said after receiving City Councilwoman Ju’Coby Pittman’s resolution, then gestured at the crowd behind her.

“These are all my family and friends, and they came at a moment’s notice because they value the historic contributions my father gave to the Navy,” she said.

“He did it quietly. He didn’t bring a lot of attention to himself. … The thing he expressed to me that was most important to him was being an instructor and teacher,” she is reported to have said by local media Jacksonville.

Learning To Code At 30 And Leaving A Family Business: Here's The Story Of Two Latino Engineers