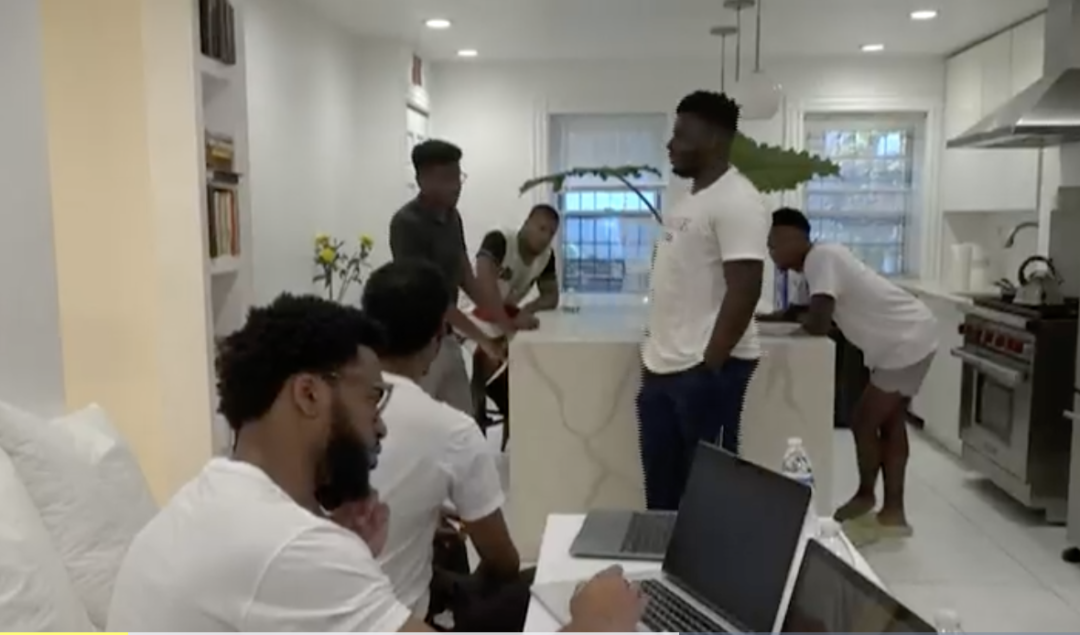 The house, nicknamed “R-House,” brings tech enthusiasts together to live and work alongside each other for four weeks as they build their own Web-3.0 startups.

Speaking to Bronx.news, Rusty Fields, who graduated from the University of Pennsylvania with a neuroscience degree, said: “Black builders, they face unique challenges when they go to launch companies.”

“We really wanted to create the space and experience for them to build deep and authentic relationships for them to work together and really leverage the power of collaboration and community.”

The first and second floors of the house are set up as co-working spaces, where they also host speakers and events.

The first pilot program ends next week with a pitch competition, and the top three winners of the competition will share a $25,000 investment for their startups.

Hacker houses are popular in tech hubs like San Francisco, but the Fields brothers wanted to address the racial barrier with their hacker house.

The brothers have a history of launching innovative initiatives.

In 2016, they launched a neighborhood newspaper, The Bainbridge Times, to help solve issues affecting their area.

Among the siblings’ concerns were literacy rates, particularly in Black communities in New York City and around the nation, Rusty Fields said, along with littering and green space in their neighborhood.

The first issue of The Bainbridge Times debuted on May 5, 2016 – and the Fields held a launch party on Thursday to hand out hard copies of the 12-page paper to their neighbors.

A nine-person team, including the brothers’ aunt and cousins, contributes to the news outlet, with Rusty Fields serving as editor-in-chief and River Fields as managing editor.

We’re unsure if the local paper is still running.