By Abbianca Makoni May 6, 2022 in Break into Tech, Engineers, Founders, Interviews, Main Comments Off on Interview: These Two Black Engineers Are Launching A Tech Podcast Aimed At Busting Myths About Getting Into The Industry

Interview: These Two Black Engineers Are Launching A Tech Podcast Aimed At Busting Myths About Getting Into The Industry 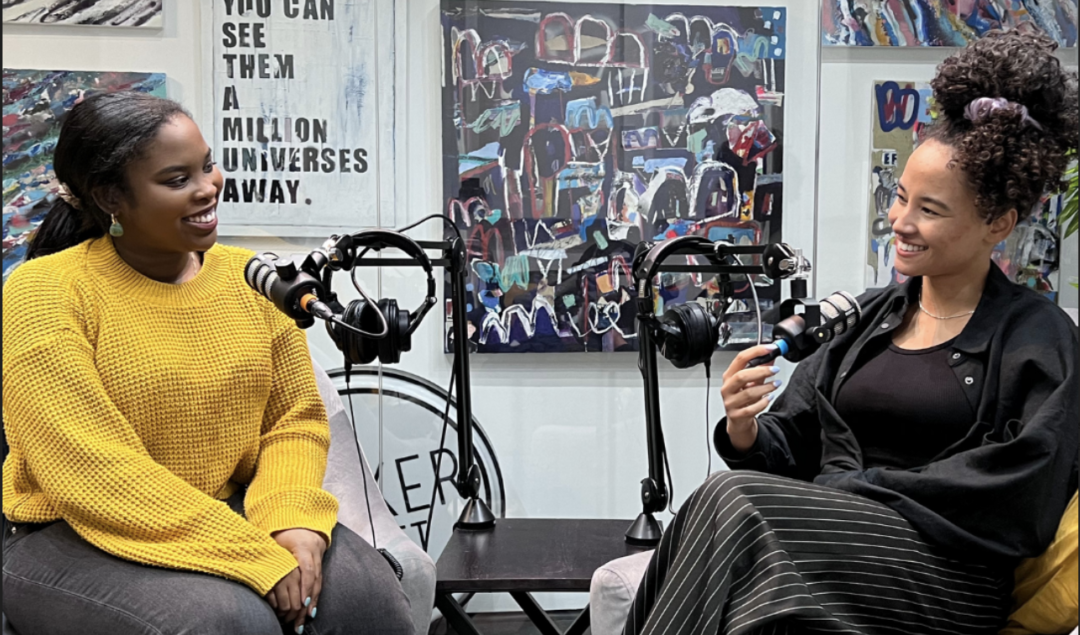 Amber Shand, a former junior Software Engineer at American Express currently working at Cybsafe as a front-end engineer and Jessie Auguste, a colleague and fellow engineer, sat down with POCIT to talk about their journey, the challenges, triumphs and more.

When previously asked about what inspired her journey, Shand said in a blog post: “It all started in 2018; I was doing a Mergers and Acquisitions internship in Madrid. I had big ambitions about working at the Big 4 (PwC, KPMG, EY, and Deloitte) once I had graduated but had an alarming wake-up call when my mentor told me that I’d have to do financial exams while working and if I didn’t pass, then I would be fired!

“I had absolutely no idea, and to this day I’m so grateful that I sought out a mentor in the industry that helped me realise that this route definitely wasn’t for me.

“I’m one who likes to plan and work towards goals, so I started to look into the effects of automation on jobs and the best skills to learn to be marketable in the future and that’s when I became interested in looking at a role in tech and possibly learning how to code,” she added.

While Auguste, a psychology graduate who transitioned into software engineering in early 2021, said she was eager to work in software after gaining exposure to the tech industry whilst working at a cyber security start-up, CybSafe, first in marketing and then in customer success.

What are three words that best describe you?

How did you not let the stats and the reports on how little funding and job opportunities go to Black women impact you?

Amber: I feel like because Jess and I were both involved in ‘Coding black females’ (the organization) we were able to be part of a community that made a big difference before we even landed a role in tech – so we were actually surrounded by Black women who were software engineers and so that dream seemed very possible to us.

But when you look at statistics, it says something completely otherwise, which can be disheartening, but it’s why communities like CBF matter.

How have you navigated your career Jess and leveled up in your industry? You obviously started from working in customer services to becoming an engineer.

Jessie: I think what tends to stop people from progressing in their company is a lack of support from their bosses and a lack of company resources.

But I’ve been incredibly fortunate to be in a company that has been supportive of all the steps I’ve wanted to take; I’ve always been encouraged to go for what I want and felt supported in that I would have the necessary resources provided to me that would allow that. In addition, I was provided with a lot of support from different engineering team members.

And what does your day-to-day look like as an engineer?

Jessie: So we work in cross-functional squads, which means that in a team, there will be a behavioral scientist, a product designer, a content manager, a front end, and a back end engineer. And the idea is that within that team of people, you have all of the skills necessary to build a feature from idea through to design, building, implementation, and testing.

So it’s enjoyable because the mix of abilities and skills means that you’re able to be creative, even though I’m a back-end engineer, I’m getting to have conversations with my team, which means that I’m having an impact on the design aspect too.

So the morning will typically start with a big meeting like that, and then we’ll have around two weeks, and hopefully, by the end of that period, it [the product or feature] will be ready and in the hands of customers by the end of that sprint.

What are some of the misconceptions people have about working as an engineer?

Jessie: I think a common misconception from the outside looking in is that you can think that the engineers working on something within any company know everything. Even in my first few months as an engineer, I remember thinking that I wasn’t learning fast enough or that I didn’t know enough and needed to know everything about a task before I picked it up and started it.

But it very quickly became apparent that everybody else was taking just as much time to learn because tech moves so quickly.

Would you say this is partly why you created the podcast – so you can educate and inform others?

Amber: Yes! Our podcast is called ‘Glowing in tech’, and it’s powered by Coding Black Females. It’s a weekly conversation between myself and Jess, where we’ll be exploring how we’re growing and glowing whilst navigating the tech space.

Our first season is all about showcasing black women, and so we’re speaking more about their journies, covering some technical discussions and taking on controversial takes on things within the industry.

When will it be out?

What challenges have you gone through in your career that you might touch on in the podcast?

Amber: One challenge was not actually knowing what was relevant within the job role – people told me to learn about so many different things, including terminal and git.

Still, I found the whole thing quite overwhelming. It was when I did an interview that asked me to name some of the git commands that I realized, okay, this is something that is actually important for me to learn.

So I then went and checked in with some software engineers and they confirmed that this it was something that I’ll probably be using almost every day in the role. It’s important to speak with people directly in the role you want to be in so you better understand what it takes to do the job before you do any interviews.

Jessie: And then I think for me – I think it’s really easy from a junior perspective or someone at the start of their technical career to look at the salary and not necessarily think about the benefits you might get from choosing a smaller company over a bigger one.

The advice I’d give to others is to do a lot more research into what equity means when you start a company and how much total compensation is versus just gross salary.