By Josuel Musambaghani July 17, 2017 in Articles, Startups No Comments 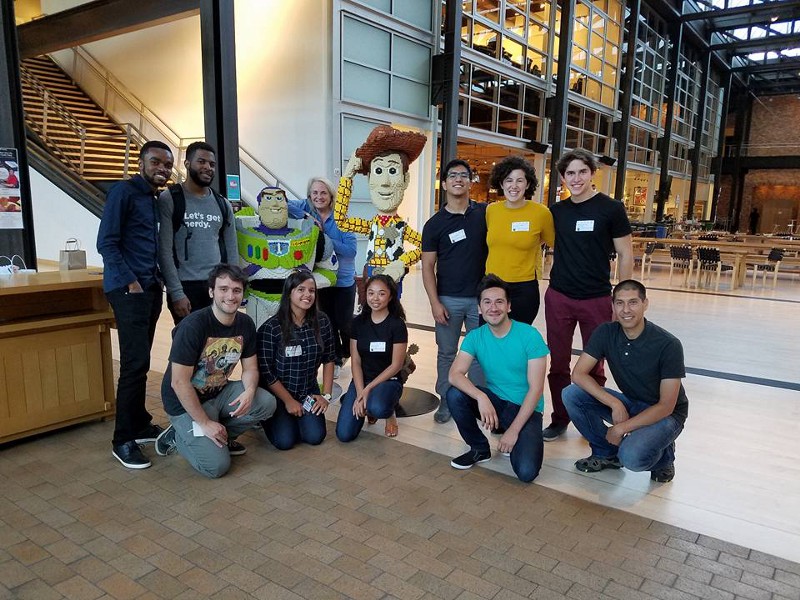 Almost two hours! That is what it took to go from Downtown San Francisco to Emeryville, to the Pixar Headquarters, precisely.

There I am, seating in a car, spinning my head to narrow my expectations for what is about to happen, as the car slowly moves towards the Bay bridge. I had to meet Darla K Anderson, a film producer for Pixar. What would be interesting to ask? How does Darla’s work relate to mine? Do we share some common interests? I was trying hard to find common ground between these apparent mutually exclusive fields, movies, and startups. However, it did not take long to realize that I was dancing too soon and that the music had not started yet.

I finally arrived at the Pixar Campus, attending along with my other Senior CODE2040 Fellows and two of the fantastic CODE2040 Staff. Soon enough, a ‘torrent’ of insights started filling the room. Darla and her team are incredible storytellers!

They soon dug into telling us about their journey to digital animation, how pictures in motion and coordinated snapshots can communicate a message, and eventually change lives. The interesting fact here is that the power of the making is not far from the ‘mythical’ idea of a startup. It is all about taking action, collecting existing pieces to set something new in motion, to create a new experience, and yes, to change lives eventually. And there I had it, the similarities between movies and startups I kept looking for.

“The process of making a movie is what I love. I thrive on that. It’s an exciting miracle, a mad adventure. I love being part of it.” — Orlando Bloom

I was also concerned about the process that leads to each of the terms, “movie” and “startup”, the creative process! It is fascinating to see how imagination, self-confidence, and courage play key roles in the genesis of startups and movies.

On confidence and courage, “you have to trust your guts and be courageous enough,” Darla said. “It is hard to explain to people that rats would take over a restaurant and cook for humans,” Darla continued, probably referring to the 2007 movie Ratatouille. For an entrepreneur, there are obvious similarities here. Early start-up ideas are considered as vacuous; almost nobody wants to hear them. But winners never quit, and quitters never win:

When Larry Page decided to focus on artificial intelligence, people thought it was the craziest thing in the world, but it ended up creating the technology for an $8 billion business. That’s the harsh reality of the job. You have to do what you think is right. If you don’t, you are not a leader.

“A lot of time people don’t know what they want until you show it to them.” — Steve Jobs

Another recurrent question in my mind was “how do customers fit in?” Nowadays, entrepreneurs tend to lean on customers’ needs to build products, or even worse (or maybe not), to come up with a start-up idea. In Pixar’s philosophy, customers interact with the movie after it is made. Pixar movies are not screened to customers before release until they are about 90% done! There is no need to ask customers what movie they would like if they had to make one. Crazy right?

Going back to startups, if Steve Jobs relied on customers to build an iPhone, we probably would never have one today. It turns out that the customer often needs help in considering what they like. But let us be clear here, this philosophy does NOT go against involving customers in the experience. ‘Makers-Customers’ relationship is very debatable and tricky. If it worked for Steve Jobs and the iPhone, it did not work for thousands of products we never got the chance to know. The point is that involving customers in the creative process might fundamentally change the ‘craft’ itself — the authentic idea, whether bad or good, might never come to light. This whole argument is a particular topic in its right. More on it in next posts.

CODE2040 Senior Fellows were posing on the Pixar sign. It would be unfair not to mention how beautiful the Pixar Campus was!

And that is it, a glimpse of my Pixar experience; a great learning opportunity! My intent writing this post is not to force a correlation between movies and startups, but to explore the values shared in the development of each. Never assume the obvious is true. While heading to Pixar, I thought I would only learn about the technologies behind digital animations; I was all but not right! 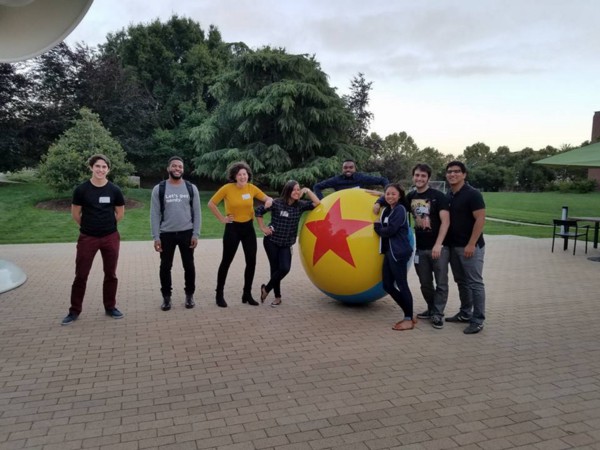 I (now) believe that everything that we do and everyone that we meet is put in our path for a purpose. There are no accidents; we’re all teachers — if we’re willing to pay attention to the lessons we learn, trust our positive instincts and not be afraid to take risks or wait for some miracle to come knocking at our door.

Yes, entrepreneurs do not wait for miracles, they create experiences others call miracles!