By Abbianca Makoni May 18, 2022 in Community, Main, Mental Health, Society Comments Off on Buffalo Shooting Suspect Used Twitch To Live Stream: What Is The Future Of Tech? 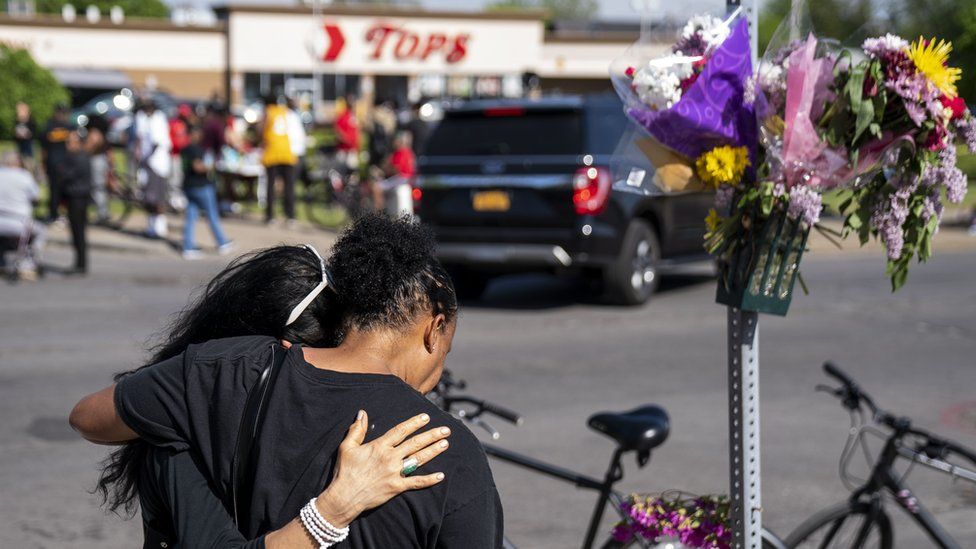 The self-described white supremacist gunman who killed 10 people, all of them Black, at a Buffalo supermarket on Saturday had mounted a GoPro camera to his helmet.

He planned to stream his assault live on Twitch, the video game streaming platform used by another shooter in 2019 who killed two people at a synagogue in Halle, Germany.

Like others before him, Payton Gendron, 18, the main suspect behind the Buffalo attack, previously outlined his plan in a detailed set of online diary entries that were published publicly ahead of the attack.

Although it’s not clear how many people might have seen them – the Buffalo attacker posted nearly 700 pages of his private diary, dating back seven months – copies of which the BBC claims to have read.

Packed full of racist and anti-Semitic conspiracy theories, memes, hoaxes, and in-jokes, his diary is reported to have been influenced by the message board 4chan, one of the biggest and most controversial hubs of the internet subculture.

The shooting spree in Buffalo followed the exact blueprint of similar attacks around Pittsburgh, Christchurch, Poway, and El Paso. His goal, according to reports, was to also inspire copycats and spread his racist beliefs.

According to the company, Twitch has more than 2.5 million viewers at any given moment; roughly 8 million content creators stream videos on the platform each month.

The site uses a combination of user reports, algorithms and moderators to detect and remove any violence that occurs on the platform.

According to AP, Twitch claims that it quickly removed the gunman’s stream but hasn’t shared many details about what happened on Saturday — including whether the stream was reported or how many people watched the rampage live.

A Twitch spokesperson said the company shared the livestream with the Global Internet Forum to Counter Terrorism, a nonprofit group set up by tech companies to help others monitor their own platforms for rebroadcasts.

But clips from the video still made their way to other platforms, including the site Streamable, where it was available for millions to view.

The question is what is the future of tech when racists are able to use online platforms in this way. And while tech firms like Twitch have teams that can quickly delete footage – the truth is nothing ever really disappears from the internet. The videos and perhaps the diary entries might still be available somewhere – like on a right-wing or racist site that ordinary people are not aware even exists.