By Abbianca Makoni May 17, 2022 in Community, Main, Society Comments Off on Fired Amazon Worker Trying To Unionize More Than 5,000 Workers Says He Was Disheartened By Jeff Bezos

Fired Amazon Worker Trying To Unionize More Than 5,000 Workers Says He Was Disheartened By Jeff Bezos 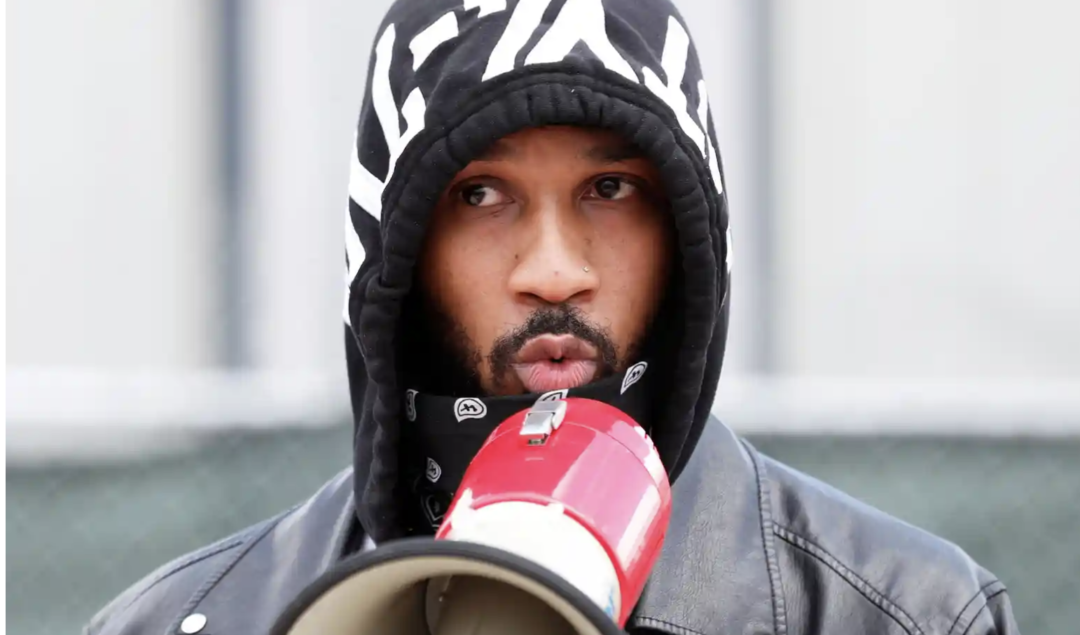 Labor leader and fired Amazon worker Chris Smalls, who recently revealed that workers at dozens of Amazon facilities have contacted him because they need support, said he was disheartened by Jeff Bezos’s inaction.

On The Breakfast Club this morning, Smalls, who has garnered widespread support from celebrities and workers after he was let go by the firm, spoke about the conditions Amazon workers worked in during the Covid pandemic.

He claimed that when he worked as a supervisor for the firm – his team didn’t have any PPE or cleaning supplies despite being classed as essential workers. On top of that, they worked 10 to 12-hour shifts a day.

“I tried going through the proper channels, through HR, going through the upper management and they neglected it, they didn’t listen to me…and at the end of the week I decided to take further action, and when I lead the walk-out I got fired two hours later.”

As tensions rose surrounding his firing – in a leaked transcript of the meeting published by Vice, General Counsel David Zapolsky suggested focusing attention on Smalls, who is Black, because he “wasn’t smart or articulate.” Critics decried the comments as racist.

But Zapolsky later apologized and denied that his remarks were racially motivated.

When asked how he felt about these words used to describe him, he said he was disheartened.

“It was disheartening because…Jeff Bezos who at the time was the richest man in the world signed off on that. At that time he was making $13B a day [and] $9M an hour…so to try to smear someone like me whose making no less than $40,000 a year just for trying to speak up and protect the workers – it was definitely disheartening but obviously, it motivated me to keep working and advocating for the workers.”

Responding to his story, fans of the show said: “This is SO needed. These corporations literally cannot sustain themselves without their workers. LITERALLY.”

Another viewer commented: “We need to support this brother, it’s people like him that gets overlooked and usually gets suppressed. It’s just a continued example of corporate greed and power. And corporations hiring union busters is nothing new at all, Amazon is just continuing this process.”

Why was Smalls fired?

Smalls had led a walkout at the start of the pandemic in 2020 to protest working conditions at the Staten Island, N.Y., warehouse where he worked. He was fired the same day.

Why was the protest organized?

When the pandemic struck in 2020, Smalls and thousands of his colleagues became essential workers, who were expected to pick, pack, and ship products to home-bound customers.

It was a scary time because no one knew if Covid-19 was circulating in the warehouse, and Amazon was then providing little guidance, Smalls told Bloomberg last year, adding, “We weren’t socially distanced. We were sitting in the cafeteria shoulder to shoulder, you know, eating lunch.”

After workers began calling in sick and showing up with symptoms, Smalls and colleague Derrick Palmer organized a walkout.

Not long after, Amazon told Smalls to stay home because he had possibly been in contact with an infected colleague. But he still showed up and rallied and that’s when he got fired.

What has Amazon said?

In an emailed statement sent last year to media, Amazon spokeswoman Kelly Nantel said: “Our employees have the choice of whether or not to join a union. They always have. We don’t think unions are the best answer for our employees as a company. Our focus remains on working directly with our team to continue making Amazon a great place to work.”