By Abbianca Makoni June 6, 2022 in Break into Tech, Main, Society Comments Off on George Floyd’s Murder Sparked A Wave Of Promises From Big Tech: Was It Just Performative?

George Floyd’s Murder Sparked A Wave Of Promises From Big Tech: Was It Just Performative? 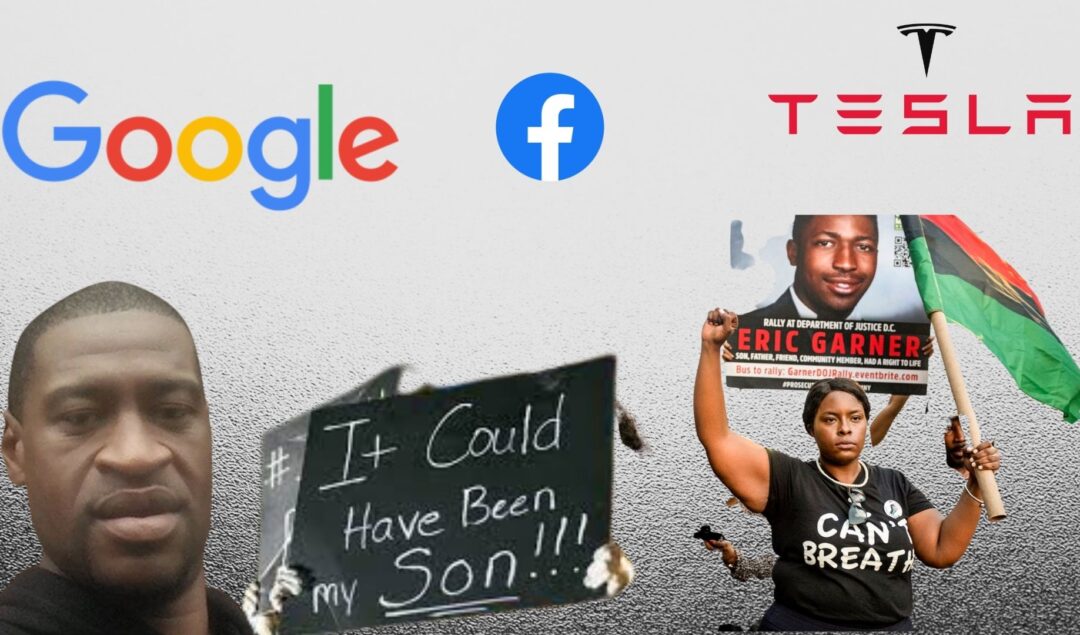 George Floyd, 46, died May 25, 2020, after Derek Chauvin, who is white, pinned him to the ground with a knee on his neck as the victim repeatedly said he could not breathe.

Chauvin pleaded guilty last year to a federal charge of violating Floyd’s civil rights and faces a federal sentence ranging from 20 to 25 years. He was also convicted for the murder of Floyd.

Within weeks of the killing, the tech industry began to respond to the racial inequality in the US. By June 2020, more than 200 tech companies had reportedly made formal statements about Floyd.

They promised changes such as investing in equity and justice-focused organizations, improving diversity training, and hiring more Black talent.

Some made a big show of donating loads of money to social justice efforts and quickly ramped up and publicized their efforts.

It’s been two years, and the proof is always in the pudding—and we haven’t seen much pudding.

Since 2020 many large tech companies haven’t reported any actual specifics about how their actions produced better outcomes for the Black community.

The truth is you can’t say that you support and appreciate Black employees while hardly having any, not promoting the ones that you have, and then making statements for good PR.

For one – it has been widely reported that Tesla never released a formal statement or any promises to improve diversity at the company.

While we’ve searched for one ourselves – we can’t find it.

According to a former engineer, Ariel, who worked at Tesla as an engineer from 2016 to 2021, a Musk tweet was the closest the company got to addressing Floyd’s murder, they told insider, adding that throughout their tenure at Tesla, hate speech and white supremacist graffiti at work were commonplace.

The tweet from Musk said: “Definitely not right that the other officers were charged with nothing. What message does this send in general to officers who stand by.”

The many times we at POCIT have reached out to Tesla in regards to statements on racism cases against them throughout the year, we have not gotten a response.

They did not respond to Insider’s request regarding Ariel’s comments.

Facebook spent $306 million with Black-owned businesses as part of its 2020 supplier diversity program goal, and in June 2020, it promised that by 2025 it would increase the representation of Black leaders at the company by 30%.

Facebook exceeded its five-year goal within one year after increasing the number of Black leaders by 38.2% in 2021.

However, according to Business Insider, this was from a relatively small base: Black employees made up just 3.4% of the company’s leadership in 2020, and their representation increased to 4.7% in 2021.

While some companies have taken action – some people are wary of whether it’s genuine.

Google CEO Sundar Pichai published an email sent to Google employees on June 3, titled “Standing with the Black community,” where he made the following “initial” commitments:

“We’ll work closely with our Black community to develop initiatives and product ideas that support long-term solutions—and we’ll keep you updated,” Pichai added. “As part of this effort, we welcome your ideas on how to use our products and technology to improve access and opportunity.”

Google-owned YouTube launched a $100 million fund “dedicated to amplifying and developing the voices of Black creators and artists and their stories,” the video service announced on June 11.

The Verge, however, could not find public responses from Google regarding the deaths of Eric Garner and Michael Brown or the Ferguson protests.

The Verge article compared Big Tech’s response to Floyd’s death and the 2020 BLM movement to Eric Garner and Michael Brown and the protests in 2014.

Most of the firms that released statements during the 2020 protests remained completely silent over the years.

The article is almost insinuating that Big Tech has simply jumped on the bandwagon and did what would make them look good because if they genuinely cared they would have shown support years ago.