By Anastacia Gordon July 30, 2018 in Articles, Investors No Comments

5 Angel Investors of Color You Don’t Know, But Should 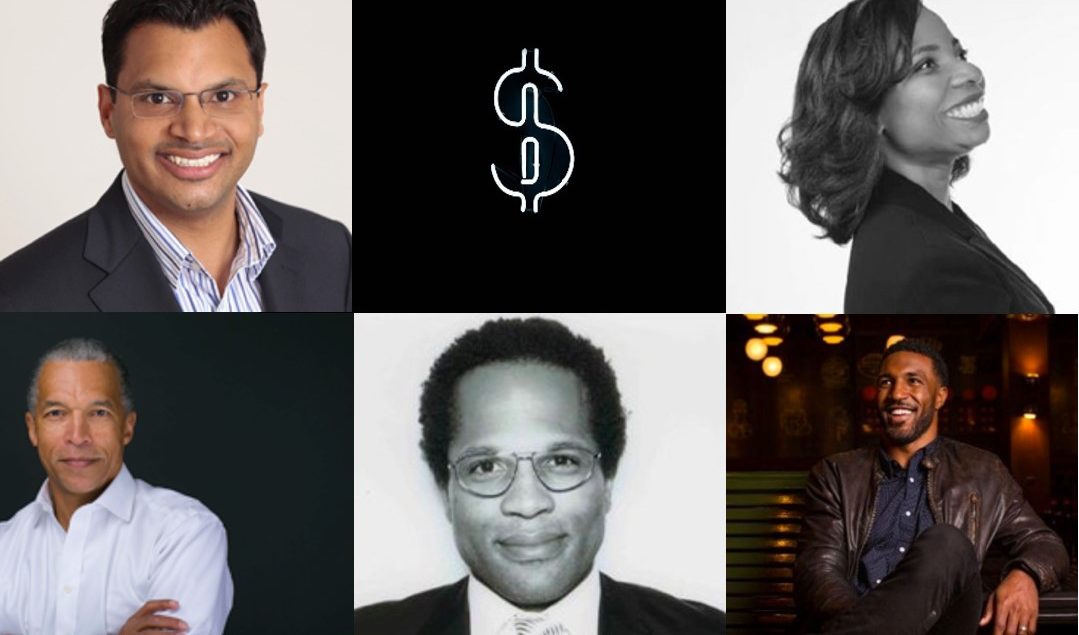 Entrepreneurship can seem like the ultimate catch 22—making progress requires funding, but progress begets funding in the first place.

The average seed stage startup is worth over $5M and is bootstrapped by founders for about 2.5 years before the first venture capitalist (VC) invests money to help the business grow.

Entrepreneurs of color, however, disproportionately fall short of accessing the necessary capital to achieve the initial traction above. For instance, although the total venture capital investments reached nearly $70B in the U.S. in 2016, companies led by founders of color received less than 1% of that funding. What’s worse is there were only 138 active U.S. seed stage VC investors reported in 2014. Since VCs typically only invest in industry sectors that fall within their domain of expertise, 138 funds quickly become way fewer for an entrepreneur whose business tackles a specific problem.

But there is another road less traveled that more founders may want to consider.

Approximately 300,000 high net-worth individuals in the U.S. invest in technology as angel investors today. 5% or 15,000 of those angels identify as people of color. Ta-da! The grass just got a little greener. People are drawn to others similar to themselves. Therefore, more diverse investors mean a more diverse distribution of venture capital funds to those seeking it.

Over the past three months as a Summer Associate at Kapor Capital, I got to know some of these angel investors of color, and I want to make sure all the founders of color out there know them too.

5 Angel Investors of Color You Should Know 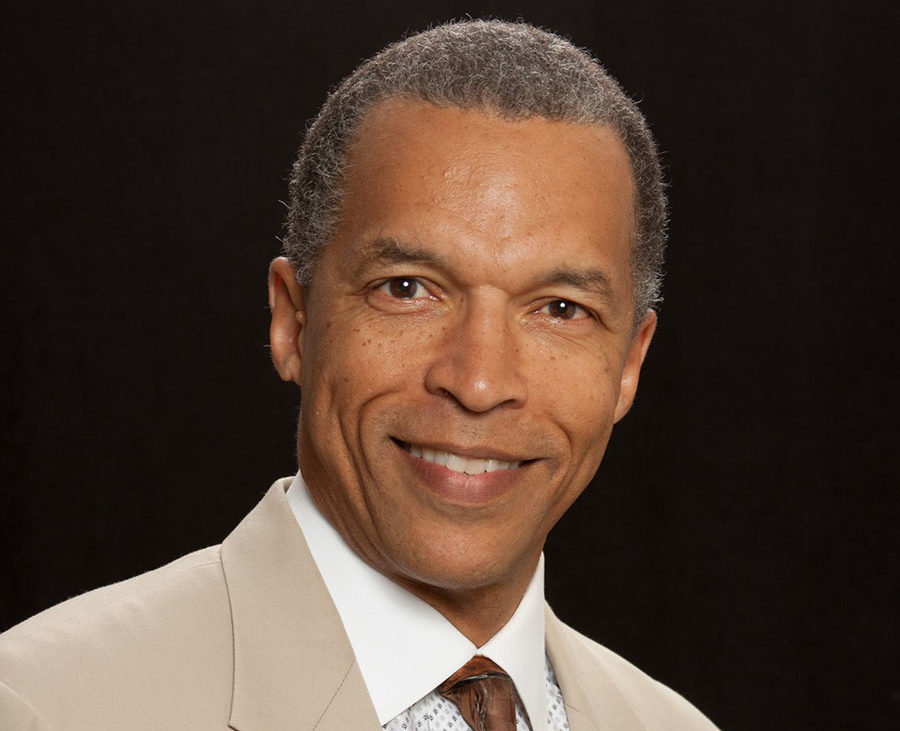 Bet on the jockey, not the horse. Young entrepreneurs need mentors with relevant experiences to help them gain perspective and move their businesses to the next level.

After losing his first job out of college as an electrical engineer at Chrysler in 1980, Tony Wilkins, of Chicago, IL, quickly realized that he needed to secure multiple sources of income in order to achieve financial security. While building a strong real-estate portfolio alongside his career in asset management, Tony also decided to make his first VC investment in 1991. He’s been an active angel ever since. In 29 years of investing, he has made a total of 39 investments with 11 total losses, 5 successful exits, and 3 successful shutdowns. Today, he has 20 companies in his personal portfolio located in Chicago, Madison (WI), Galesburg (IL), New York and the Bay Area.

Tony invests across education, fintech, consumer, and people operations tech. He’s particularly interested in globally scalable, disruptively efficient digital companies, generally based in the Midwest where he can closely mentor young entrepreneurs. Seven of the 20 companies in Tony’s portfolio consists of founders who are people of color or women. Entrepreneurs can expect Tony to be an active mentor in the early stages, providing counsel, connections, and capital. 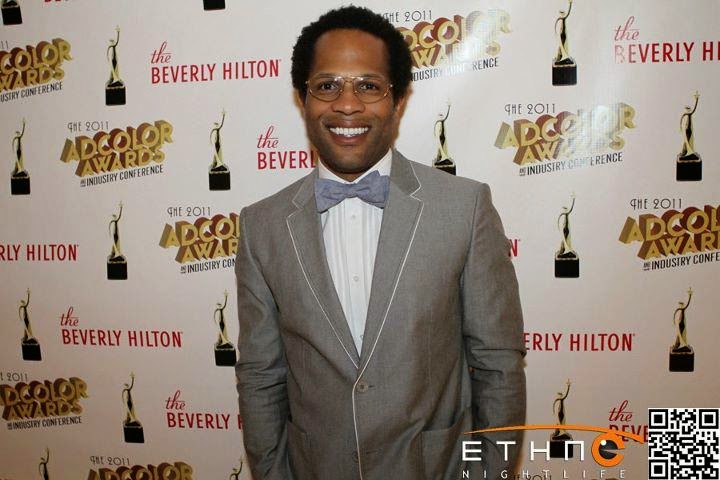 These businesses are the backbone of our economy, and not supporting them is a missed opportunity. I want to spur that change.

Donray Von built a 20-year career in the music industry where he worked with artists like Outkast and The Roots. After meeting Nick Gross, son of billionaire PIMCO co-founder Bill Gross, they went on to launch Castleberry & Co., a tech-focused angel investment venture fund. Castleberry invests in digital software and e-commerce companies across the consumer, education, finance, and media sectors. Donray has made a total of 11 seed and series A investments and has realized 4 exits. They have co-invested alongside funds like Google Ventures, Guggenheim, TPG, and Lower Case Capital.

Donray’s newest venture, Currency, is a commercial finance platform focused on providing small to medium-sized businesses, especially those run by people of color, with immediate access to the capital they need to grow without giving away ownership in their businesses. According to Donray, “These businesses are the backbone of our economy, and not supporting them is a missed opportunity. I want to spur that change.” When Black women are starting businesses at 6x the national average, there’s no better time than now. 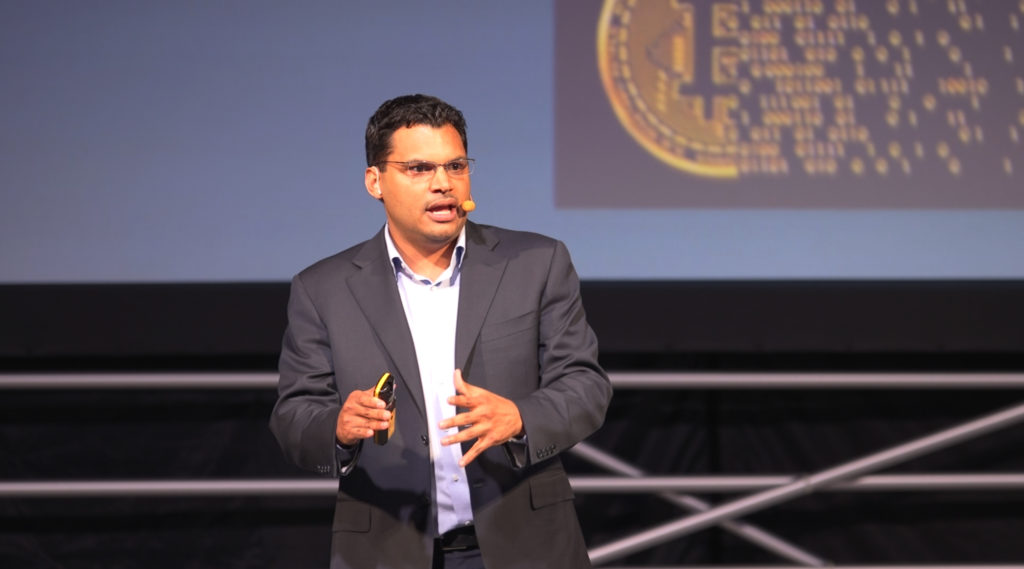 People of color have an advantage. They don’t need to be taught it – they know it, and I want to meet them.

Manny Fernandez bought his first investment property at 20 years old. He went on to buy a portfolio of single-family homes in Sacramento and sold 34 of them at the height of the real-estate market.

Manny later expanded his investments to include tech companies. He made his first angel investment in 2012 with TiE Angels and eventually founded SF Angel Group in 2013. Manny has a particular interest in tech platforms and marketplaces in the real-estate sector that has the ability to reach massive scale.

Manny personally believes that Silicon Valley places too much emphasis on academic pedigree, instead of focusing on an entrepreneur’s level of sheer hustle and hunger. According to Manny, “People of color have an advantage. They don’t need to be taught it – they know it, and I want to meet them.” 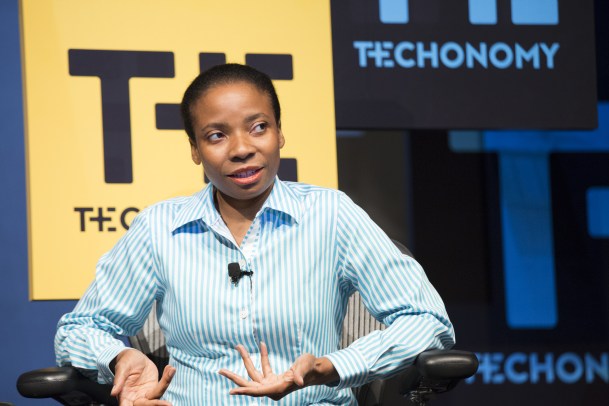 Smart, scrappy people will find their way to success—no matter the challenges on the field.

After earning a bachelor’s degree in computer science, Jill Ford, now Head of Innovation and Entrepreneurship for the City of Detroit, developed her mobile, social, and gaming expertise through a 15+ year career in business development and strategy at Disney, Motorola, HP, and Microsoft.

Her passion and expertise in the space eventually lead her to begin making personal investments in young entrepreneurs she knew well. Three years in, however, she found herself at a crossroads. She could stay in Silicon Valley and continue building out her portfolio as a dedicated angel investor and startup advisor, or play a central role in the modernization and revitalization of Detroit’s tech sector as a special advisor to the mayor. Although she ultimately chose the latter and primarily focuses on helping people of color transition from owners to investors, Jill still finds time to mentor young entrepreneurs in the mobile, social, and gaming space as a mentor in the TechStars accelerator program and beyond.

When evaluating early-stage investment opportunities, Jill prioritizes people over the product because “Smart, scrappy people will find their way to success—no matter the challenges on the field.” 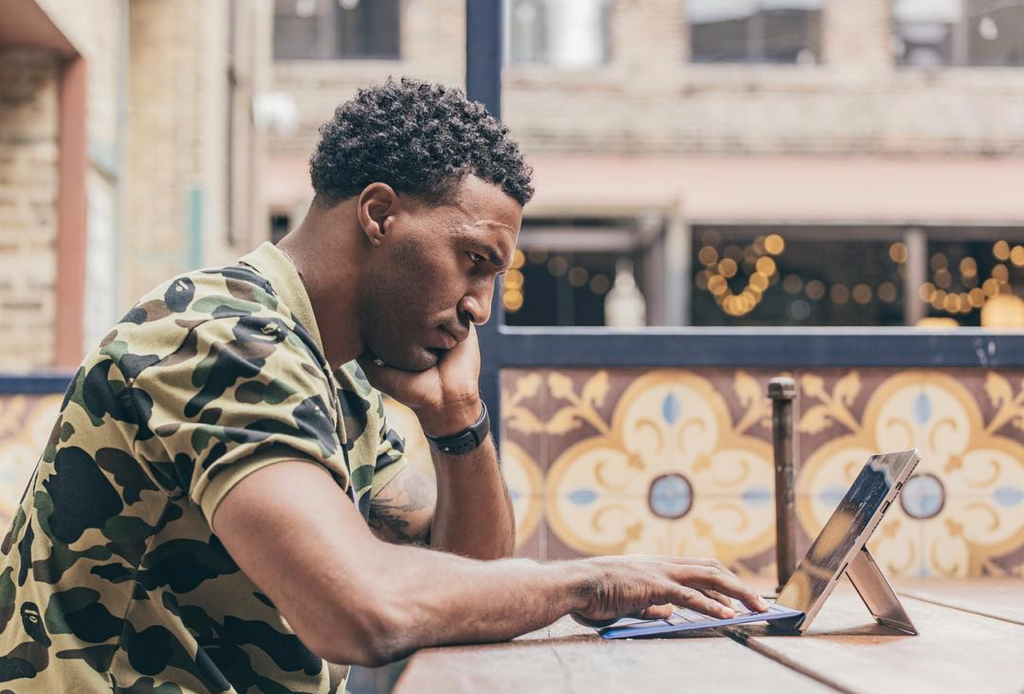 I want to change what tech looks like from both sides—for future investors, and entrepreneurs.

The average NFL career lasts 3.3 years, and 78% of players go broke within three years of retirement. Ryan Mundy, however, wrote himself a different story. After 8 years of playing with the Steelers, Giants, and Bears, Ryan set his sights on tackling life after football. He earned his MBA from the University of Miami during his last season with the Bears, and at the suggestion of a friend, began honing his expertise in tech in order to become an angel investor.

Although he doesn’t solely invest in people of color, he saw an opportunity to be a financial resource and mentor for young entrepreneurs in his community. He spent the next year fully immersing himself in the tech world. He built his own framework for investing, expanded his network, learned the industry jargon, the standard financing vehicles, and the types of questions he needed ask to evaluate young companies.

Ryan considers himself a generalist and makes it a point to evaluate all companies that find their way to his desk, regardless of industry. He even considers non-tech startups and traditional brick & mortar businesses, like restaurants, for investment. When evaluating companies, Ryan looks for a well-defined value proposition and booked revenue. An intrinsic risk comes with investing in pre-revenue companies—a risk too high for his taste. Companies in Ryan’s portfolio can expect to leverage his strategy and operations, as he is a recently certified Six Sigma Green Belt. They can also expect to leverage his experience in health and wellness and his expansive network to get to decision-makers. His ex-NFL status still has its perks.

Other Angels Worth Knowing 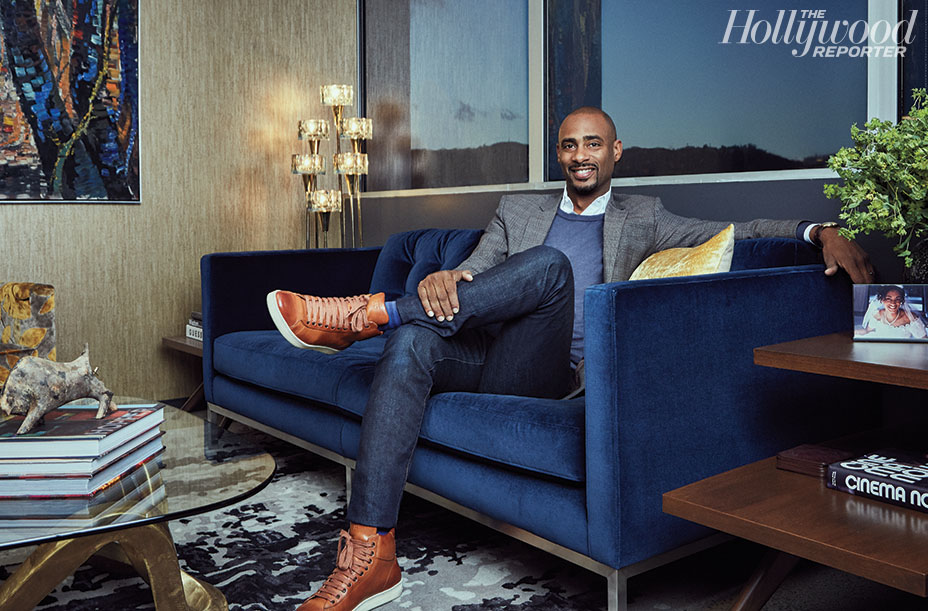 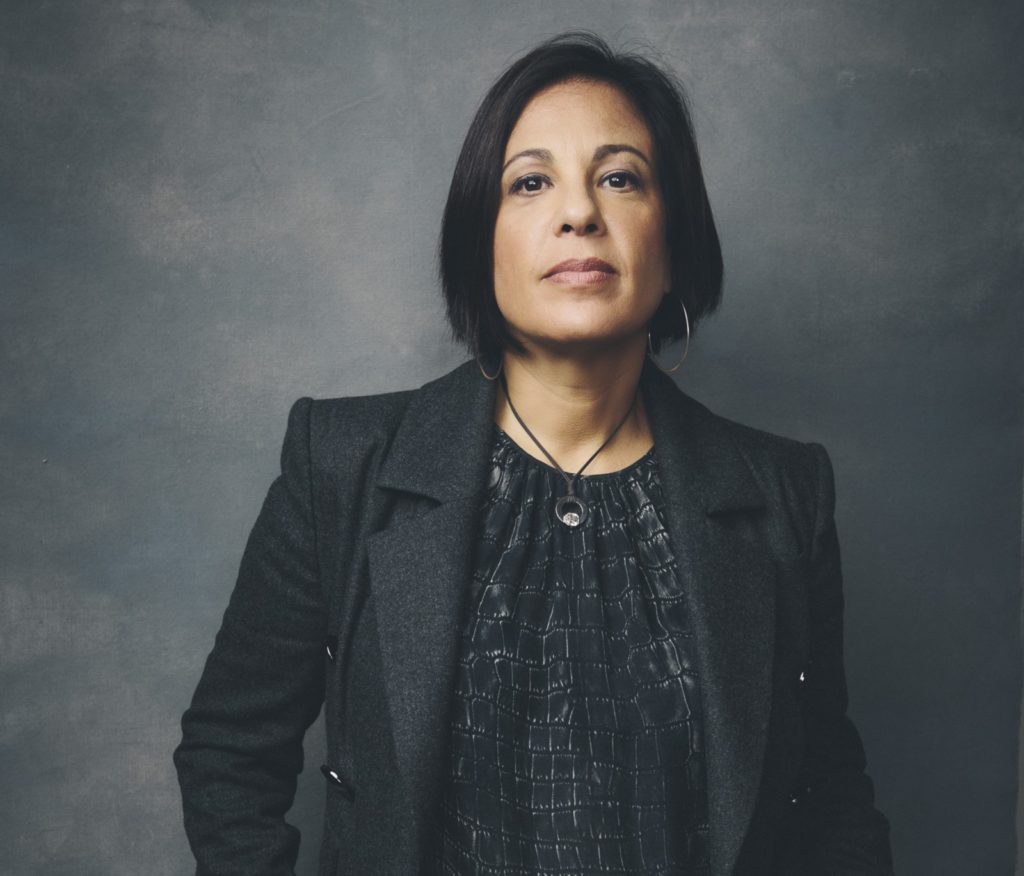 Joanne Wilson made her first angel investment in 2007. Although Joanne does not identify as a person of color, she has reportedly invested in three of the 11 black women-led startups that have raised over $1 million in venture capital funds. Joanne targets tech companies in the consumer, media, and e-commerce spaces. 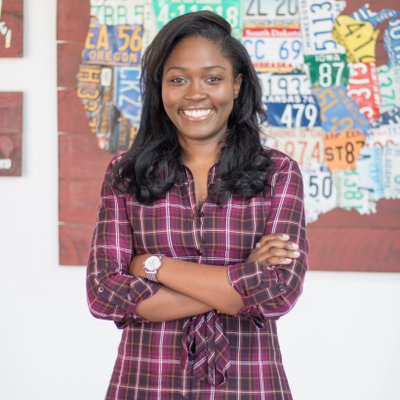 Anastacia is a writer, backpacker, and investor interested in music x media x culture x tech. She is an MBA grad from Columbia Business School and has invested alongside incredible people at Kapor Capital, Cross Culture Ventures, Lerer Hippeau, and Comcast Ventures. Prior to that, she was a founding team member at Jopwell (YC S’15). 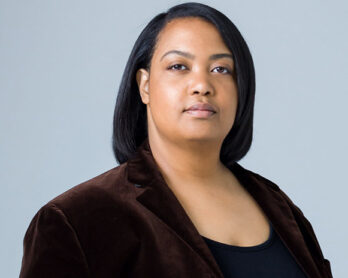