By Abbianca Makoni May 19, 2022 in Africa, Articles, Break into Tech, Career Growth, Community, Crypto, Entrepreneurship, Founders, Inclusion, Main Comments Off on These Black Women Are Taking The NFT Space By Storm All While Uplifting, Educating And Inspiring Others 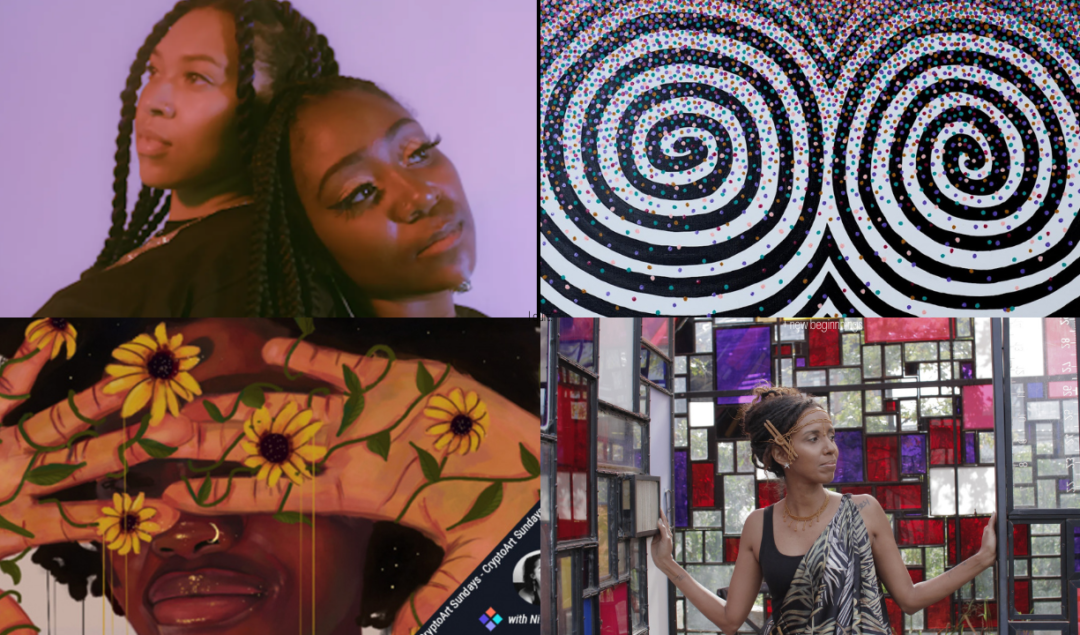 In February, Prestige magazine published a list of the top-selling pieces of crypto-art to date, with all entries sharing some common traits – they were all men and all white.

And when you look into the news reports of those who’re supposedly ‘killing it’ in the NFT or crypto space most of them look the same.

But here at POCIT – we’re all about shining a light on the communities that are sometimes cast to the side and forgotten even when they’re making a considerable impact.

Before we begin – for those who aren’t aware – an NFT, otherwise known as a non-fungible token, is a digital asset representing tangible real-world artifacts like, but not limited to, music, art, videos, as well as tweets.

NFTs exist on blockchain technology which underpins Bitcoin and other cryptocurrencies.

Photographers Lauren Washington and Diana Sinclair — both part of digital database Black Women Photographers (BWP) — have been integral players in ushering more Black women into the NFT space through online discussions on Clubhouse, Twitter and an onboarding process onto cryptocurrency platform, Foundation.

According to Sinclair, Washington — who also specializes in film, screenwriting and directing — was the first Black woman photographer to join the platform with intention of innovating the space for artists and women who look just like her.

Both women have hosted three Clubhouse rooms for Black Women Photographers, sold several NFTs across platforms like Foundation, Bitski, and Zora, and created a resource guide that breaks down need-to-know information about NFTs.

Maia Kayitesi Lepine, a woman of Rwandan descent is among artists around the world actively using the crypto non-fungible tokens or NFTs to connect with buyers and sell their art.

Lepine ventured into NFT’s out of curiosity, having seen the excitement around them from the artists’ community in New York.

She first tokenised and listed six of her paintings on the digital marketplace Opensea, and sold four, earning up to $2,500.

Lepine’s biggest break through took place after when HUMBL, a digital company that connects digital consumers to sellers, asked to feature her on its new NFT marketplace, and the first ever imigongo NFT was created, listed under the name Rwanda NFT.

Imigongo is an art form popular in Rwanda traditionally made by women using cow dung.

Speaking to AMAKA on the need to platform African women in crypto-art, she said: “I think more and more African women are being exposed to and involved in the NFT market. I don’t like to focus on lack, but more so on the current growth. Thankfully, due to the internet and technological advancements, the information is readily available, and we can even out the race.

“Many of these major NFT platforms just want to populate their sites (and most get a percentage of your sales) and don’t really care about educating NFT creators on how to grow their clientele. Sure, it’s not their responsibility, BUT when you take into consideration gas fees, etc, it’s safe to assume that this is an investment for a demographic who may not always have access to such disposable income.”

Freddie Akpevweoghene Jacob is a Nigerian student based in Delta, Nigeria, who stumbled into the NFT space in 2019. In 2020, she shared her work with the world, releasing her first-ever NFT collection on Opensea, a large peer-to-peer marketplace for crypto collectibles.

She also saw an opportunity to diversify the predominantly white, male, and cishet NFT sphere, co-founding the “African Queer NFTs” community alongside another queer Nigerian, which offers a safe space for gender and sexuality non-conforming Africans in crypto.

Huma is a digital artist born in South Africa. The main theme of her art is centered around her emotional responses, thoughts and experiences as a young African woman. She grew up to become a digital illustrator, transitioning to the NFT market after witnessing its rising boom and wanting a piece of the action.

She has recently entered the NFT space by digitizing her work into Non-Fungible Tokens and has skyrocketed to the top-tier marketplaces.  We expect to see Lethabo make waves in the NFT space for years to come.