By Abbianca Makoni January 14, 2022 in Africa, Main No Comments 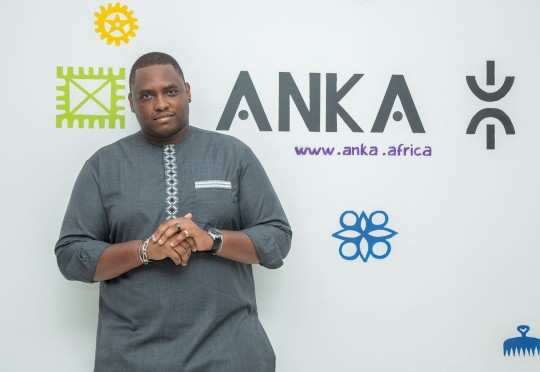 It’s week two of the new year and Black founders are already killing it. Here we’ve compiled a list of founders that have secured millions in capital in the hope of expanding their business since the year began.

Bfree, a Nigerian credit management fintech, has embarked on global expansion after raising $1.7 million in a pre-Series A round, to tap the opportunities in emerging markets, where digital lending apps have recently sprung up in droves.

Its aim is to expand to Asia, Europe, South America, and across Africa

Companies that participated in the latest round included 4Di Capital, Octerra Capital, VestedWorld, Voltron Capital, Logos Ventures, and several other angel investors, bringing the total capital raised by the Lagos-based startup to $2.5 million, having realized $800,000 in a seed round last May.

Bfree was founded by Chukwudi Enyi (COO), Moses Nmor (CPO), and Flosbach (CEO), and the startup is currently working with 30 credit institutions, including digital lenders, microfinance institutions, and banks.

Using customer data provided by the lenders, the startup builds the user profiles of defaulters and runs their data through an algorithm to predict their behavior and recommend the best collection method.

ANKA, formerly Afrikrea, an Ivorian startup founded in 2016, is one of the few platforms facilitating product exports.

It has raised a $6.2 million pre-Series A round while rebranding to ANKA, the SaaS platform it launched for sellers in partnership with DHL and Visa in April last year.

Moulaye Taboure launched Afrikrea with Kadry Diallo and Luc B. Perussault Diallo as a marketplace for Africa-based and -inspired fashion, clothing, accessories, arts, and crafts. Last year, Afrikrea said it served more than 7,000 sellers from 47 African countries and buyers from 170 countries.

Lipa Later, a Kenyan tech-led consumer credit platform, is planning to expand to new markets in Africa after raising $12 million in pre-Series A funding.

The equity and debt funding round was led by Cauris Finance, Lateral Frontiers VC (one of Lipa Later’s first investors) and GreenHouse Capital, with participation from SOSV IV LLC, Sayani Investments and Axian Financial Services.

The startup, a buy now, pay later (BNPL) company founded in 2018 by co-founder and CEO Eric Muli, is now planning to enter Tanzania, Ghana, and Nigeria, and expand in its existing markets, which are Kenya, Uganda, and Rwanda.

mPharma raises $35 million in a round joined by Tinder co-founder’s JAM fund, Bharti executive. The firm is building a network of community pharmacies across Africa as it plans to be the go-to primary healthcare service provider for millions of people residing in the region.

The new funding, mPharma co-founder and CEO Gregory Rockson told TechCrunch, will be used to build the startup’s data infrastructure, triple its talent pool over the next three years, and support expansion plans in its current and new markets. It is also rolling out an e-commerce platform for pharmaceuticals.

“We are hiring over 100 engineers to build all our technology in-house and this includes a massive data infrastructure we are creating. We are also investing in other skilled talent like doctors and nurses, professionals that are critical in the work we do,” Rockson told TechCrunch.